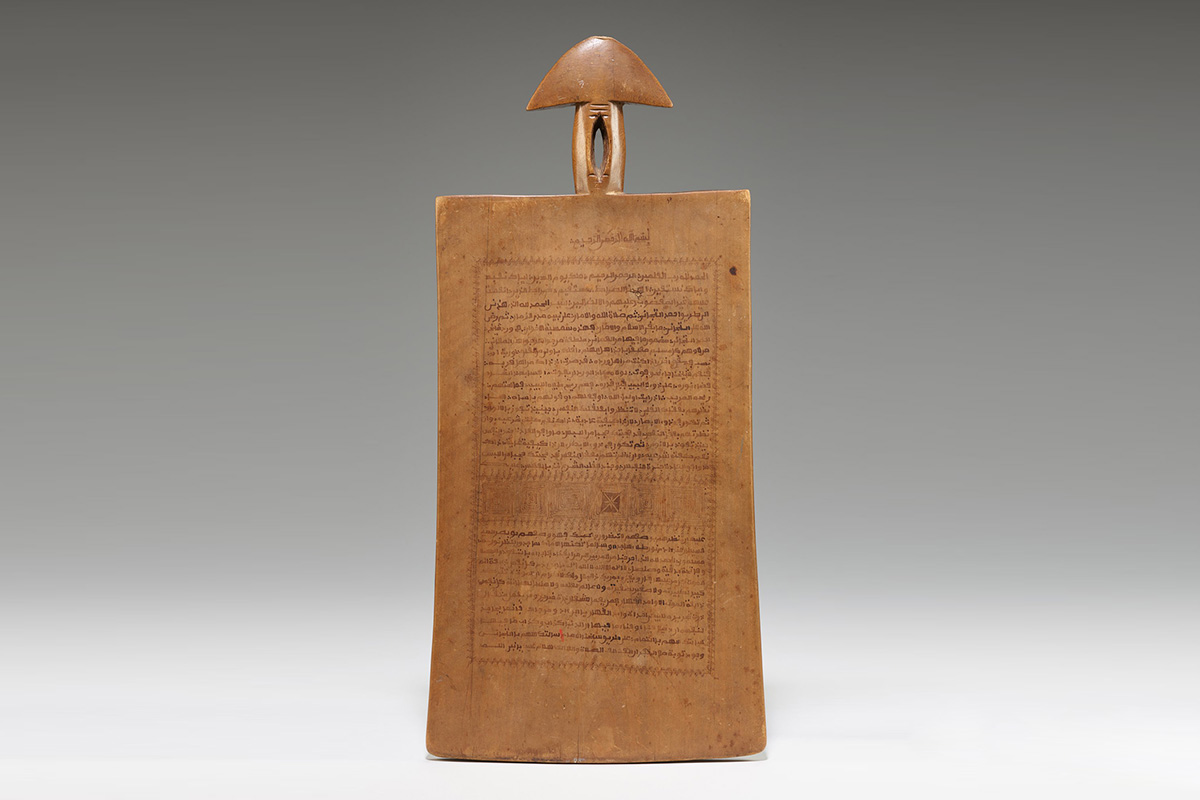 One of the most widely practiced religions in the world, Islām is the belief that God is the lone creator, sustainer, and restorer of the world. The Arabic word Islām translates as “surrender;” Muslims surrender to the will of God. The Qur’an is the holy book revealed to God’s prophet Muhammad (PBUH).* Taught to and memorized in stages by the Prophet’s Companions (his earliest followers), the 114 surahs or chapters were compiled into a single book around 650 ce, recorded in Arabic. This established the importance of writing and reading the Arabic language in the practice of Islām. Islām was introduced from Arabia to Northern Africa in the 600s CE. In later centuries it spread, through commerce, government, and scholarship, to the Horn of Africa, the Swahili Coast of East Africa, and Western Africa south of the Sahara. This exhibition shows artworks from most of these regions.

*As an act of respect, Muslims follow the name of Muhammad—whether spoken or written—by the benediction Salallahu Alayhi Wasallam or “Peace Be Upon Him,” abbreviated as SAW or PBUH. We adopt this practice in the exhibition.