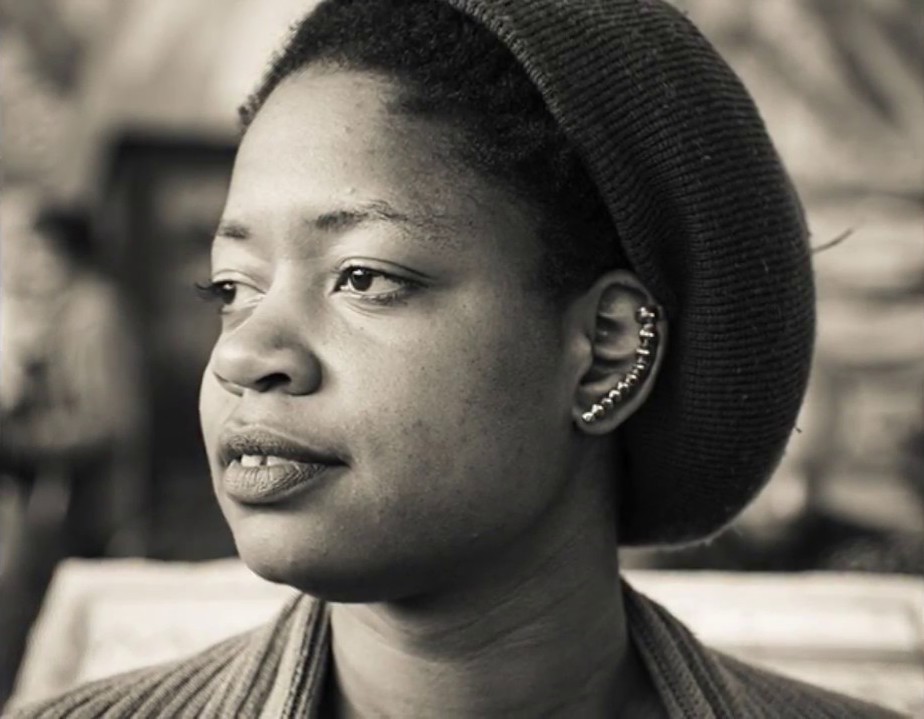 Junauda Petrus has a film coming out this spring: Sweetness of Wild, a love letter to blackness in Minneapolis, produced with Erin Sharkey and their Free Black Dirt company. She has a novel coming out in the fall:  The Stars and the Blackness Between Them, about two black queer teenage girls in Minneapolis. And that’s just the big stuff.

The writer, playwright, activist, and performance artist has also curated this month’s Third Thursday at Mia, on February 21, with a focus on Afrofuturism—the movement to redefine history from a black perspective and project a future for black people beyond the grip of racial oppression. Performers that night include Sharkey, Dua Saleh, Destiny Anderson and Mimi (New Black City), and Taylor Johnson, but it’s Afrofuturism itself that’s the star. Here, Petrus explains her interpretation of the movement and why it should be important to people of all backgrounds.

What does Afrofuturism mean to you?

Afrofuturism is a way that I get to redefine the landscape of emotionality, spirituality, cosmic understanding, and sort of heal from the ways that I had to be raised in a white supremacist imagination. It’s a futuring of my sense of self that is healing me on a soul and ancestral level.

It is complicating the narratives that we’ve all been forced to live in. As an Afrofuturist artist and a woman of Caribbean and African descent, I experience it on a spiritual level because I get to imagine an existence and an ancestry that isn’t all about slavery—and then MLK came around.

You’ve curated the Third Thursday event for a museum, which rightly or wrongly is generally thought of as a container of history. What role do you feel museums should play in Black Futures, and can they be doing it better?

As a kid, museums were spaces of huge inspiration and huge alienation. So there’s always going to be some awe on my part that I get to choose what happens in any space after being historically excluded from that kind of agency. It’s an opportunity to dream a possibility of what it would be like if people felt totally included. A lot of museums have created communities by gathering these elements to be seen in these spaces that weren’t necessarily meant for people like me. What does it look like to totally re-envision a museum with grandmas of color, indigenous elders, and people who have different kinds of abilities at the table to really see to the soul of what it could be, way beyond the imagination of the people currently in leadership? I think about the oppression that Mia, whether it’s on purpose or inadvertent, is participating in. I do feel like it is doing some of the best work in the state though by trying to be intentional around what it is doing to learn and heal. I’m curious to see how brave these museums will get.

What was your introduction to Afrofuturism?

From a young age, I felt very aware of a limitlessness in myself even though I was growing up in the Phillips neighborhood in the ’80s and it was struggling with the criminalization of crack. I was the first of my family born on Dakota land, and as a kid everything felt like it was a dream. We were living in this wintry cold place where my parents would talk about oceans and family back home. Neither of my parents graduated high school but were avid readers, so I think I got to intersect with a part of black existence that really was around the imagination of my parents. They left the Caribbean almost 40 years ago to make a life in the wild of this country in the middle of winter—which as a Caribbean person, it’s always winter here on some level. I also think there’s a lot of Afrofuturist music that I listened to growing up, like hip-hop and funkadelic. Hip-hop mixes all of these elements of black past and creativity and music samples with the current and the future.

The Black Panther film was seen as both a result of the movement and an opportunity to grow it. Do you think that’s true and has it raised the consciousness in that way?

Black Panther is a tremendous piece of work that I think dashed any sense that non-white male leads as superheroes wouldn’t be appreciated. The film was a huge artistic mainstream endeavor that was Afrofuturist in ethos but I don’t see people shifting their perspectives. It was awesome for kids of color, but are people in government influenced by what they see in films? I think art can inspire people, but at the same time art can also sort of stay in this bubble of fantasy. Black Panther could be the best f*cking movie ever and it still ain’t going to change the fact that any of those lead actors could be stopped by a cop and shot down dead. And the cop would most likely get off, given the statistics.

Looking forward to February’s Third Thursday, how did you go about curating the event?

A couple of the people that are in my film, Sweetness of Wild, are going to be in this event and Dua’s one of them. Dua’s creating some really bomb experimental music. Taylor Johnson is a soul sweetener with his falsetto. I was thinking about the black Minneapolis legacy of soul that Prince brought and Taylor Johnson is totally of that lineage. I also have Mimi and Destiny Anderson who are going to be dancing. I really wanted them to just take over the space à la APESHIT by Beyoncé [for which she and Jay-Z shot a video in the Louvre Museum, in Paris]. I love that video and Afrofuturist vision. I’m also going to have a reading with some of my favorite writers in town, including my collaborator, Erin Sharkey as host. It really is going to be some powerhouses doing some powerful things.