Mark Mallman once seemed indefatigable, invulnerable even. The musician’s four marathon performances include a non-stop, sleepless 78 hours in 2010 (a single song, essentially, with 576 pages of rhyming lyrics). He was like a machine, and then the machine broke. 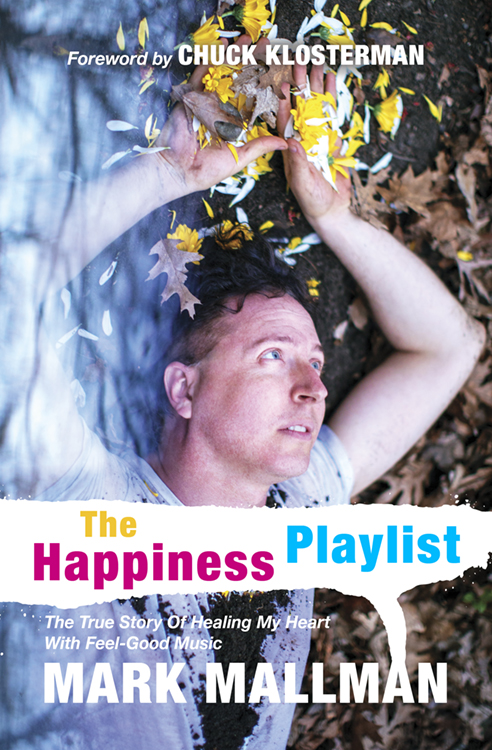 The cover of Mark Mallman’s new memoir, “The Happiness Playlist.”

On March 19, Mallman released a memoir, The Happiness Playlist (Think Piece Publishing, $14.95), about trying to pull his life back together after his mother dies and a months-long spiral of grief and anxiety sends him looking for a way out. Music proves to be the ladder up, from Sibelius to Pharrell.

Along the way, Mallman visits Mia. In the book, he and a friend named Maurice (who’s wearing a full-body cat onesie) muse about the myth of suffering artists while looking at van Gogh’s Olive Trees. It’s preposterous to assume all great art is conceived in torrid, emotional squalor, Mallman writes, before fantasizing about meeting up with van Gogh to thank him for his inspiration to the world.

I would like to treat van Gogh to some Dairy Queen. Our strawberry cheesecake will resemble the sky in Olive Trees. We will ooze into one another like human paint. The sky will become a spaghetti twist of ruby and tangerine. Surrounding us will be a frame painted in gold. Below the painting, a card will read The Ice Cream Eaters. Oil on Canvas. Date unknown.

Mallman goes on to comment that the “most purply” painting in the museum (a reference to Prince) is View of Dresden: Schlossplatz by Ernst Ludwig Kirchner. I have no idea what Schlossplatz means, he writes, but my guess is grape soda. It is a little-known fact that Kirchner augmented his paintings with grape soda. (This is probably a playful take on grapeseed oil, which artists historically used along with other oils—most commonly linseed oil—in oil painting.)

In any case, Mallman was in good spirits in 2016 when he returned to Mia to film part of this video on Snapchat, for a song called “It’s Good to Be Alive.”