Migration matters: How art can help us grasp the growing crisis

Erika Lee’s grandfather came to the United States from China in 1918, sailing into the harbor of San Francisco. He was 16, a farmer’s son. The Chinese Exclusion Act that was designed to stop him and all other Chinese immigrants, except for students, teachers, merchants, diplomats, and tourists, had been in place for 36 years. But he had paid a thousand dollars for papers from a merchant, who agreed to claim him as a son, and he memorized his new identity—new name, new family history, everything. After a couple of weeks off shore, in detention on Angel Island, including medical exams and 145 questions about his paper family back home, he stepped onto American soil as a new man in a new country. 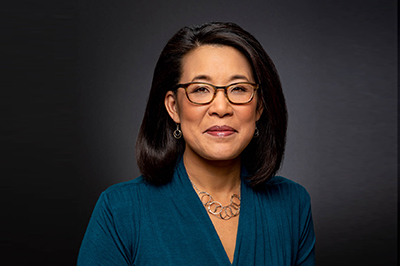 Erika grew up knowing few of these details and nothing of the Chinese Exclusion Act, which was strengthened in 1924 to preclude all Chinese, regardless of background, until it was finally repealed in 1943. She’s now a distinguished professor at the University of Minnesota, the director of its Immigration History Research Center, and the award-winning author of several books on the history of immigration, most recently America for Americans: A History of Xenophobia in the United States.

She served as an advisor to Mia on bringing the exhibition “When Home Won’t Let You Stay: Art and Migration” from the Institute of Contemporary Art in Boston, and she talked to us about the long-running battles over immigration in the United States and how art can help us understand what at’s stake.

You were in college before you learned about the Chinese Exclusion Act, passed in 1882, and how it affected your family. How did it not come up, at school or home?

Well, I went to college many decades ago, when the standard narratives about American history left a lot of people out. That’s not surprising, in many ways, and we’ve done a much better job since of telling the darker chapters of history. But I also think that absence and ignorance is very particular to certain communities that have experienced historical trauma. My own family were so focused on proving that they were—and could be—true Americans that they did not want to dwell on the past and bring up these pretty traumatic memories. They wanted to send their children and grandchildren forward to achieve whatever that American dream might be that had sent them from China in the first place.

Your latest book focuses on the xenophobia that has countered immigration at every turn in the history of the United States, going back to Benjamin Franklin opposing an influx of Germans. Why is it important to understand this history?

Because our attitudes toward immigrants have not just impacted the experiences of immigrants, they’ve actually shaped our entire worldview. Who do we welcome, as a nation? Who can be “American”? What sorts of values will we put in place as policy? It gets to the roots of questions about equal rights, civil rights, human rights, and what we want to be as a nation. Yes, this history is about immigration, but it’s also about the making of America.

One point you make is that xenophobia succeeds through repetition, building on a script that gets freshened up but other features the same arguments: these immigrants will never respect our ways, they’ll take our jobs, there’s too many of them, they’re just too different. But why does that work?

History is built on precedent. So when we’ve treated one group unfairly, it’s easy to extend that worldview to another group. Sometimes those who’ve recently been excluded have turned around and found another group to marshal Americans’ attention towards, unfortunately. It’s a way of expressing one’s Americanness to be exclusionary and to point to foreigners as dangerous.

You might expect, after so many groups have been singled out at one time or another, that xenophobia would lessen over time—that people would respond with empathy to someone with a similar experience.

And sometimes they do, for sure. In our contemporary moment, there has been an outpouring of support for refugees—we’ve seen people across racial and religious differences marching through the streets of Minneapolis to protest to Muslim ban, for instance, or family separation. And often the message has been, We were immigrants too. There has been empathy, and I think this is one of the brightest points of the historical record, that at the same time we have really extreme, cruel, and punishing ways to restrict immigrants coming the country and deport people already in the country, you do have a response that’s been equally strong and I would argue unprecedented.

How does it work that the U.S. has been a welcoming place for immigrants and a xenophobic place—how can we be both?

That was one of the biggest questions I wanted to figure out. Because the way I taught this to my students mirrored what many historians had expressed: sometimes we’re this and sometimes we’re that. Or, we were more xenophobic in the past and now we’ve learned our lesson and we know those laws were unjustified and we won’t go back to those times. But by 2015, as I was sharing with them some of the policy proposals were coming out in the run-up to the presidential election, and certainly in the first years of the Trump administration, I realized that after two terms of our first African American president and 50 years after the Civil Rights Movement, this was still happening. And in even more cruel and explicitly racist ways than we had thought were long over.

So how can art help us understand this conflict, and the crisis of migration that’s playing out today?

At the very root of it is the whole framing. I was speaking to a student the other day and she said, I really liked what you had to say but I have to go back and talk to my parents who are always talking about the “illegals”—why do they break the law to come? That’s one way of looking at migration. The exhibition “When Home Won’t Let You Stay” frames it a different way, starting with the title, taken from a poem by Warshan Shire. That reframing is so necessary to better understand how migration works. It’s not that people are waking up one day and saying, I’m going to leave everything that’s familiar, my family and friends, because I want to break into the United States. Laws be damned, I want to take something from those Americans. Migrants are rooted in our home—we’re human. But when something happens that makes it necessary to leave—when home won’t let you stay—then people will go to any lengths to seek refuge. They have throughout history.

Is there a specific artwork in this show that demonstrates how reframing can work?

La Mer Mort [The Dead Sea] is this large-scale installation with denim clothing scattered across the floor, representing refugees. They’re fleeing and arriving on shore and many are perishing. It forces you to absorb the scale of this image, the scale of this movement, and also of the tragedy. I think when you’re looking at a photo of migrants arriving in Greece, for example, the photo is only as big as our screen and usually it’s a tiny, tiny screen. But when you’re placed as a physical person amidst this clothing, representing bodies, I think that is going to elicit a much different, much more personal, moving emotion than simply looking at a screen. That’s my hope, anyway.