Liu Yang came to Mia in 2011, and oversees one of the finest collections of Chinese art outside China itself while heading the museum’s Department of Asian Art, a wide-ranging collection of art from diverse cultures. A native of Zhejiang province near Hangzhou, the provincial capital and one of China’s most scenic cities, he briefly taught as the senior lecturer at the Beijing International Studies University before studying for his PhD in Chinese art history and archaeology at the University of London’s School of Oriental and African Studies (SOAS). After receiving his PhD in 1997, he became the senior curator of Chinese art at the Art Gallery of New South Wales, the foremost art institution in Australia. There, he organized eight traveling exhibitions from China, his exhibition of Chinese terracotta warriors set an attendance record, and three books and catalogues he authored won awards.

Among his first projects at Mia was assembling another major exhibition on the Qin empire and the First Emperor, which similarly became the most popular show at the museum in 25 years; the exhibition catalogue was hailed as “an outstanding contribution to the literature on the tomb of Qin Shi Huangdi as well as a beautifully illustrated record of the seminal objects from the Terracotta Warriors Museum.” In 2018, in collaboration with avant-garde theater director Robert Wilson, he curated “Power and Beauty in China’s Last Dynasty,” an unprecedented exhibition that immersed visitors in a series of evocative spaces. His research into the collection has yielded important discoveries, including new insights into the museum’s prized Chinese bronzes, jades, and paintings. With his efforts, the museum’s collections of Chinese art, particularly painting and calligraphy, have been greatly expanded. And his help in facilitating relations with Chinese museums has resulted in an unparalleled exchange of art and personnel. 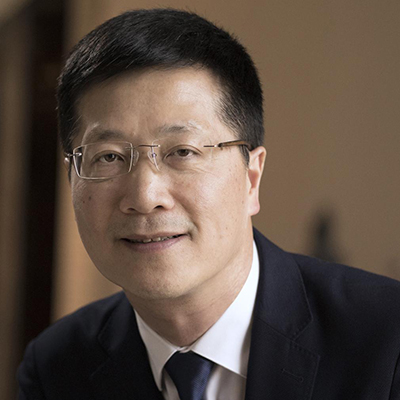