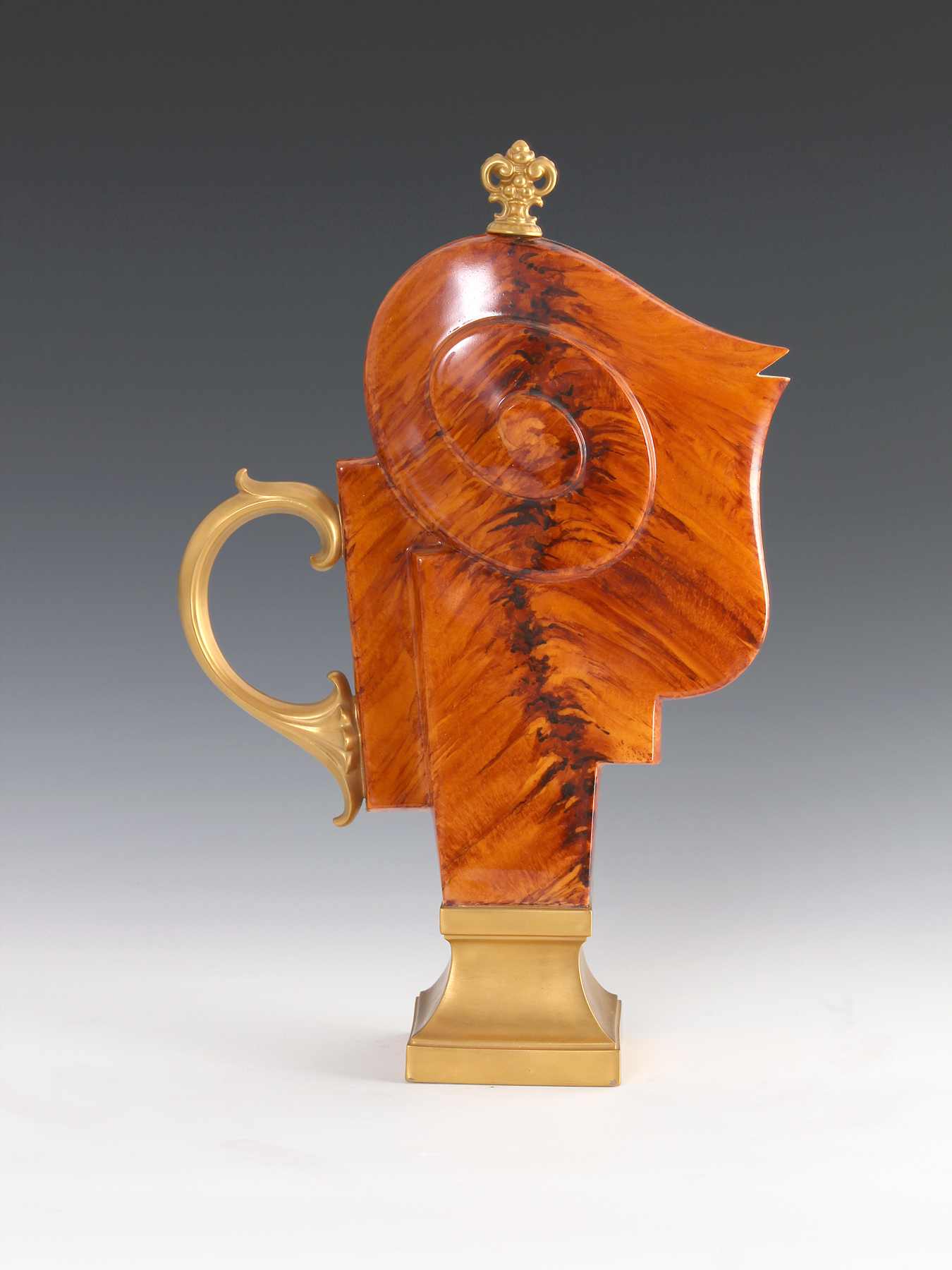 Into his forms, Adrian Saxe weaves past and present, tradition and pop culture, and ceramic process and function. The latest in the museum’s annual Regis Master talks with ceramic artists, Saxe will present his evolving body of work.

Saxe began his work in clay in the 1960s, with the creation of site-specific sculptures that included multiple, large, modular ceramic objects. Later, in the early 1970s, he became interested in the social, political, economical, and theoretical context of pottery and has since focused his efforts on the creation of ceramic vessels. Today, his work is a marriage of sorts between these small, intimate objects, wildly ornate in nature, and his earlier, larger sculptures and installations. This contemporary body of work explores Saxe’s fascination with the ways in which people define value and keep score, and “how our society constructs meaning in its visual culture and how it rewards irrational significance.”
Co-presented with Northern Clay Center
Free