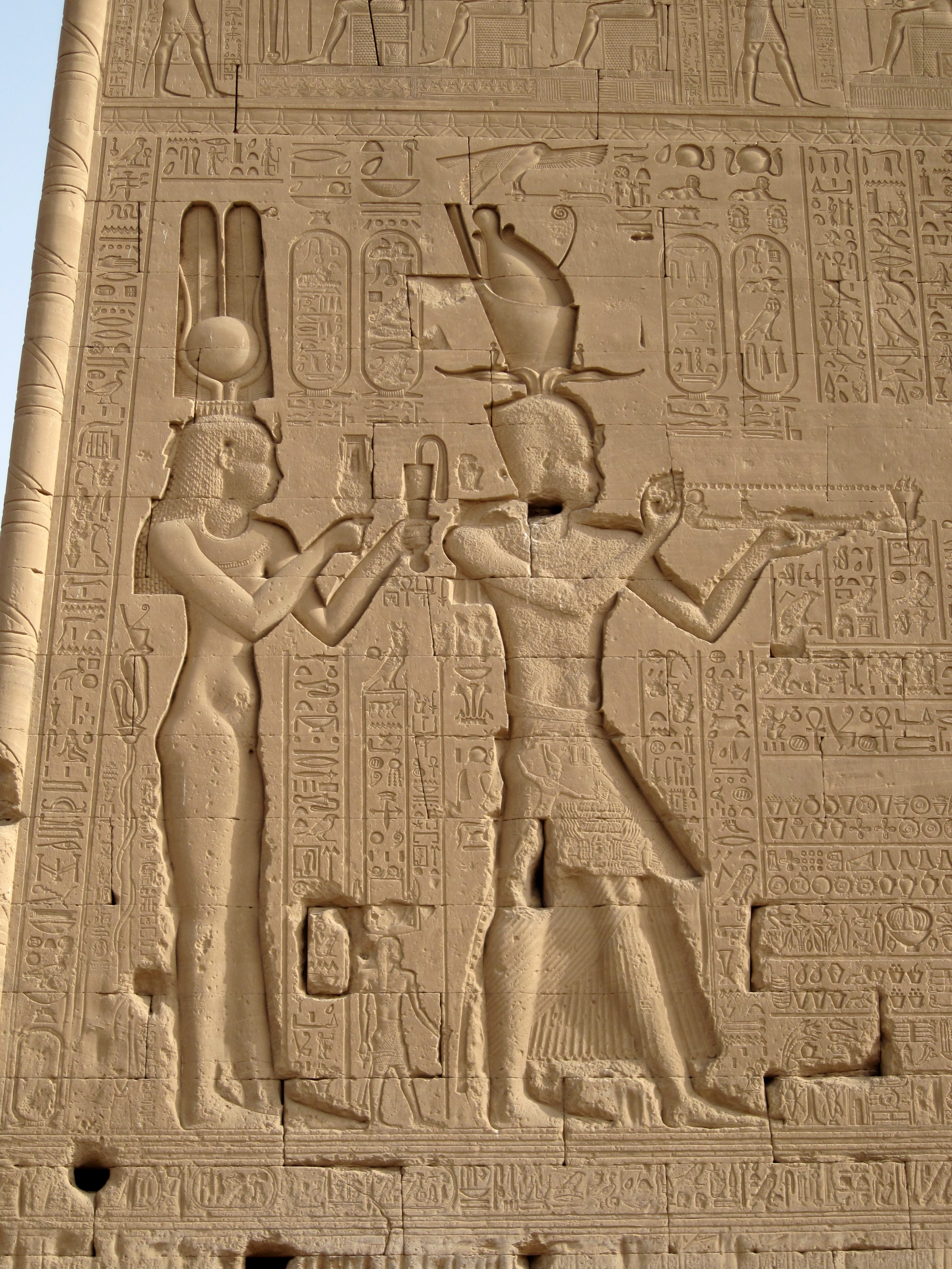 Relief Ptolemaic pharaoh Cleopatra VII . And her son Caesarion on the southwest side of the Temple of Dendera , Egypt, photo by Olaf Tausch

SOLD OUT – Cleopatra: An Archaeological Perspective on Egypt’s Last Pharaoh

Cleopatra, last pharaoh of Egypt, may be the most famous female ruler in all of history. But her Roman enemies made her notorious for all the wrong reasons: her political ambitions, her sumptuous lifestyle, and above all her love affairs with Julius Caesar and Mark Antony. Yet if we look past the long-standing stereotypes of popular culture, from Plutarch and Shakespeare to Elizabeth Taylor and Hollywood, the archaeological evidence paints a very different picture. In this illustrated lecture, we will tour the Egypt that Cleopatra inherited from her Ptolemaic ancestors, view her self-chosen portraits on coins and temple walls, and take in her extraordinary achievements as goddess, priestess, queen, civil administrator, scholar, lover, and above all, mother. Our journey will follow Cleopatra from the Nile to the Tiber, and from desert shrines to the streets and palaces of her capital at Alexandria, now sunken beneath the waters of Alexandria harbor. Archaeological discoveries create a truer picture of Cleopatra than the many literary and dramatic fantasies that have distorted the memory of this great leader.

John R. Hale is the director of Liberal Studies for the College of Arts and Sciences and adjunct professor of archaeology at the University of Louisville, Kentucky. He earned his B.A. at Yale University and his Ph.D. at Cambridge University. Hale teaches introductory courses on archaeology, as well as more specialized courses on the Bronze Age, the ancient Greeks, the Roman world, Celtic cultures, Vikings, and on nautical and underwater archaeology. He has received many awards for distinguished teaching, including the Panhellenic Teacher of the Year Award and the Delphi Center Award. He has been published in the journal Antiquity, The Classical Bulletin, The Journal of Roman Archaeology, and Scientific American, and is also the author of Lords of the Sea (2009), a volume about the ancient Athenian navy. Hale has more than 30 years of fieldwork experience, including at the Romano-British site of Dragonby in Lincolnshire, and at the Roman Villa of Torre de Palma, Portugal. He has also carried out interdisciplinary studies of ancient oracle sites in Greece and Turkey, including the famous Delphic Oracle, and participated in an undersea search in Greek waters for lost fleets from the time of the Persian Wars. He was an AIA Norton Lecturer for 2009/2010.

Co-presented with the Archaeological Institute of America.

Relief Ptolemaic pharaoh Cleopatra VII . And her son Caesarion on the southwest side of the Temple of Dendera , Egypt, photo by Olaf Tausch

Sold out. Overflow seating available on the day of the talk in Wells Fargo Community Room