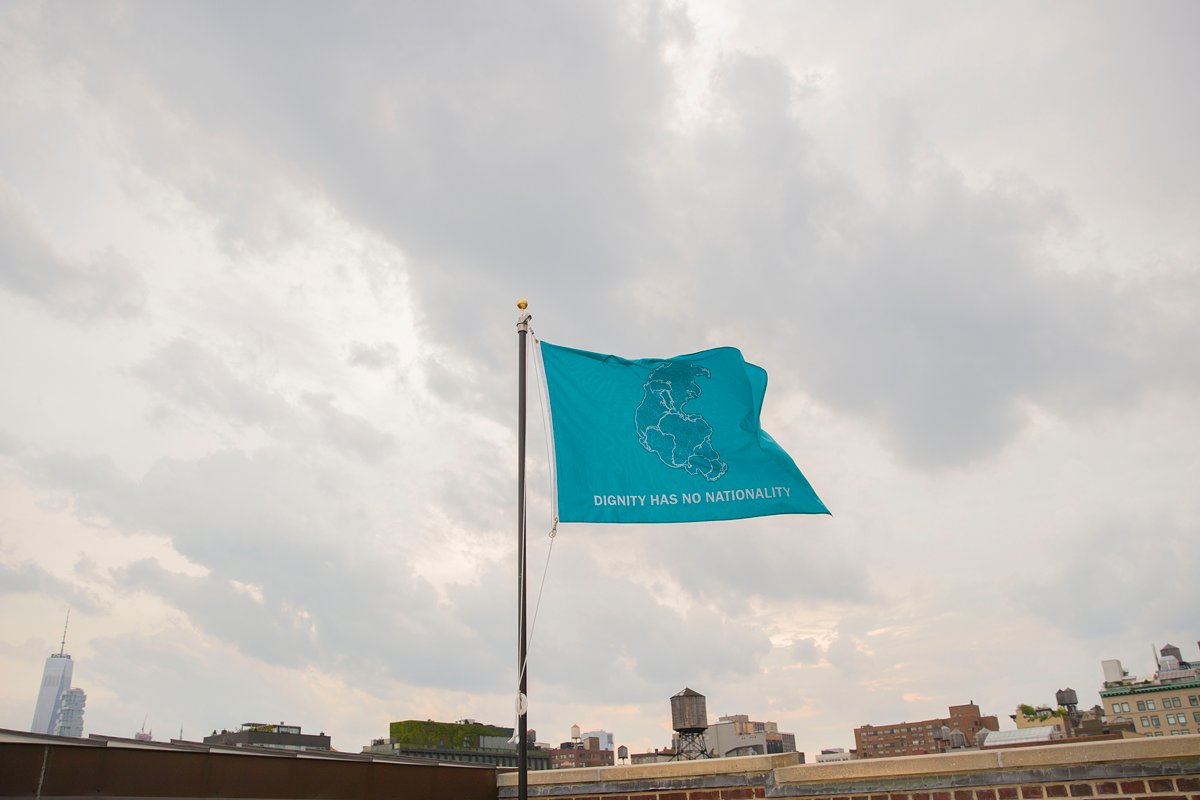 In conjunction with the opening of the special exhibition “When Home Won’t Let You Stay: Art and Migration,” Mia hosts an afternoon of discussions highlighting the diverse artistic responses to the subject of migration presented in the exhibition, and how they connect to our national context and local communities.

Schedule
1PM
Welcome Remarks and Native Migration Stories
1:15PM
“When Home Won’t Let You Stay”
Gabriel Ritter, Mia’s curator of contemporary art, talks about the exhibition, its themes, and object highlights.
1:45PM
“America for Americans”
Erika Lee, award-winning American historian, talks about the history of xenophobia, and how more humane narratives around immigration are created.
2:30PM
Break for coffee and refreshments
2:45PM
Dignity has no nationality”
Acclaimed artist Tania Bruguera talks about her art in the exhibition and work with Immigrant Movement International.
3:15PM
“Where do we go from here?”
This interactive roundtable and Q&A considers how art can be used as a vehicle for building awareness and constructing narratives, where and how it is limited, and how viewers might be called to action.
Speaker Bios
Gabriel Ritter oversees Mia’s Department of Contemporary Art and is the site curator for “When Home Won’t Let You Stay” . He was previously a curator of Contemporary Art at the Dallas Museum of Art (DMA) since 2012 where he organized the DMA’s long-running “Concentrations” series of exhibitions of emerging and underrepresented artists. He also served as the DMA curator for the traveling exhibitions “International Pop” (2015) and “Cindy Sherman” (2013). As an independent curator, Gabriel has worked around the world, creating exhibitions of emerging artists from the United States, Europe, and Asia. His expertise in Japanese modern and contemporary art has informed exhibitions such as “Out of the Ordinary: New Video from Japan” (2007) at the Museum of Contemporary Art in Los Angeles, where he worked as a curatorial assistant.
Erika Lee is the granddaughter of Chinese immigrants who entered the United States through both Angel Island and Ellis Island. She grew up in the San Francisco Bay Area and received her PhD from the University of California at Berkeley. She is an award-winning American historian, Director of the Immigration History Research Center, Regents Professor, Distinguished McKnight University Professor, and the Rudolph J. Vecoli Chair in Immigration History at the University of Minnesota. Named a 2018 Andrew Carnegie Fellow, she is the author of many publications, including the recent book America for Americans: A History of Xenophobia in the United States (2019), and the award-winning and highly acclaimed book The Making of Asian America: A History (2015)<. She also founded and co-organized the #ImmigrationSyllabus project (www.immigrationsyllabus.umn.edu), a digital educational resource offering historical perspectives to contemporary immigration debates.
Tania Bruguera was born in 1968 in Havana, Cuba. A politically-motivated performance artist, Bruguera explores the relationship between art, activism, and social change in works that examine the social effects of political and economic power. She often collaborates with multiple institutions as well as many individuals so that the full realization of her artwork occurs when others adopt and perpetuate it.She has developed long-term projects that include a community center and a political party for immigrants, and a school for behavior art. Bruguera attended art schools in Havana, including the Instituto Superior de Arte, and received an MFA from the School of the Art Institute of Chicago. She received a Guggenheim Foundation fellowship, among many other awards. Major exhibitions of her work have appeared internationally. Tania Bruguera lives and works in Queens, New York.