In East Asia, calligraphy has been hailed as the highest of all art forms for more than 15 centuries. It’s not hard to understand why: With more than 80,000 Chinese characters and infinite graphic variations, the expressive potential is unlimited. The results, as seen in this exhibition, speak for themselves. Each work is a unique expression of the artist’s personality, offering a glimpse into the culture that held calligraphy in such high esteem.
The Japanese writing system was adopted from Chinese characters; given the Japanese reverence for Chinese artistic traditions, these works explore the full range of scripts possible with these characters: seal script (tensho), running script (gyosho), cursive script (sosho), clerical script (reisho), and standard script (kaisho). Calligraphy’s emphasis on movement and timing suggests dancing, and each script has its own rhythm, from the formal strictness of seal script to the wild dance of cursive writing.
This exhibition will be presented in three rotations: 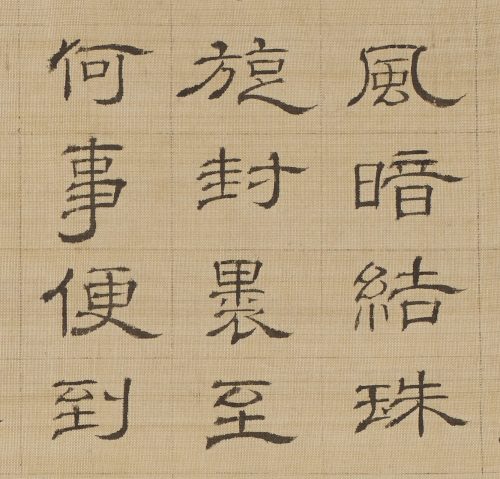 Clerical script was the starting point for stylized calligraphy: curved lines were straightened, radicals (graphic components that indicate the meaning of the character) were simplified and merged, the number of strokes were reduced. The script developed in China around 300 BCE and became increasingly important during the Han Dynasty (206 BCE–220 CE) as the territory expanded and an increasing number of imperial edicts needed to be copied and distributed across the country. This job fell to the official clerics, and was made possible with the advent of paper and silk as substrates, rather than stone or bamboo strips. 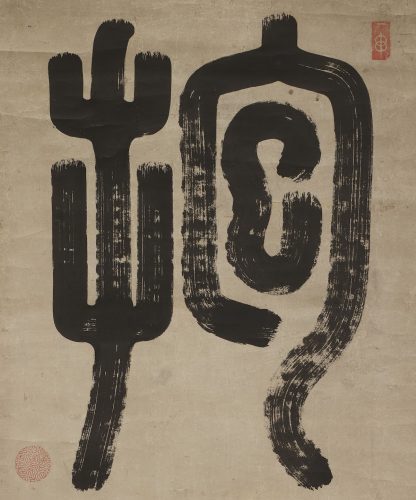 Seal script reflects the earliest form of Chinese calligraphy. It developed during the Zhou Dynasty (c. 1045–256 BCE) and was standardized around 300 to 200 BCE. Ultimately the script fell out of favor due to its linearity, which did not lend itself to the fluid strokes of the calligrapher’s brush. It did, however, continue to be used for seal carvings, which were generally made of stone and were used to apply an individual’s official signature or identifying mark to a document or other object.

The script underwent a revival from around 1600 to 1900 CE, and was used as visual shorthand for archaism, a reference to the ancient world. It was especially favored by scholars interested in Chinese antiquity. 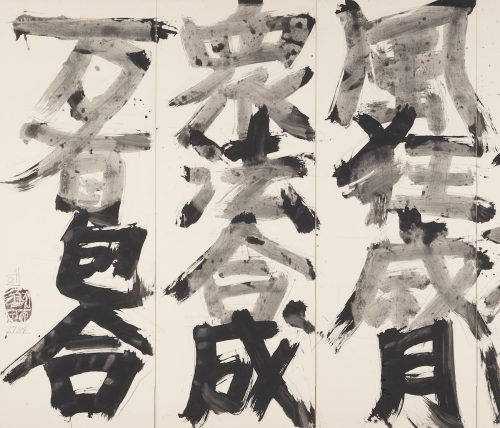 The next step in calligraphy’s innovation was the development of a standard script. Standard or regular script is used when clarity is of the utmost importance, such as for formal documents, books, etc. It was also the script most commonly used for mass printing, which was first invented in China around 800 CE, while movable type developed around 1000 to 1100 CE.

Though standard script’s crisp lines would seemingly require less skill, such regularity requires a steady hand and an understanding of how much ink to load onto the brush to achieve a consistent stroke—any error or irregularity would be glaringly obvious. 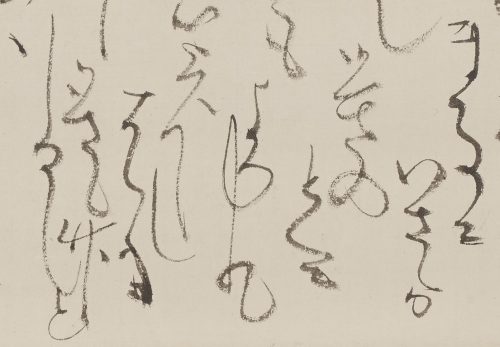 Similar to Western shorthand, cursive script may have appeared as early as 200 BCE out of a need for a rapid, simplified way of writing clerical script. Cursive script was used chiefly for private and informal communications as well as for poetry.

The shapes of the characters are greatly abbreviated and sometimes altered to such an extent that they do not resemble the standard forms. Brush strokes are wave-shaped and made rapidly. The difficulty of reading this fluid script is further increased because several characters are often vertically connected without interruption. 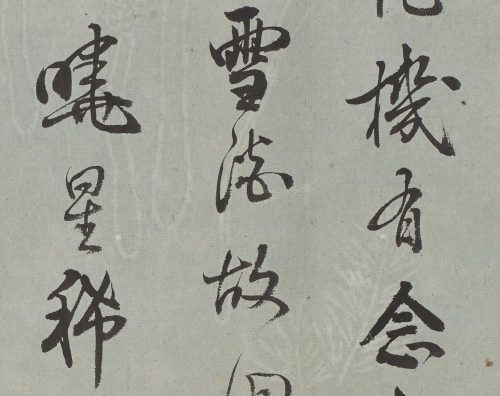 Developed before 100 CE, it became the usual style of handwriting.