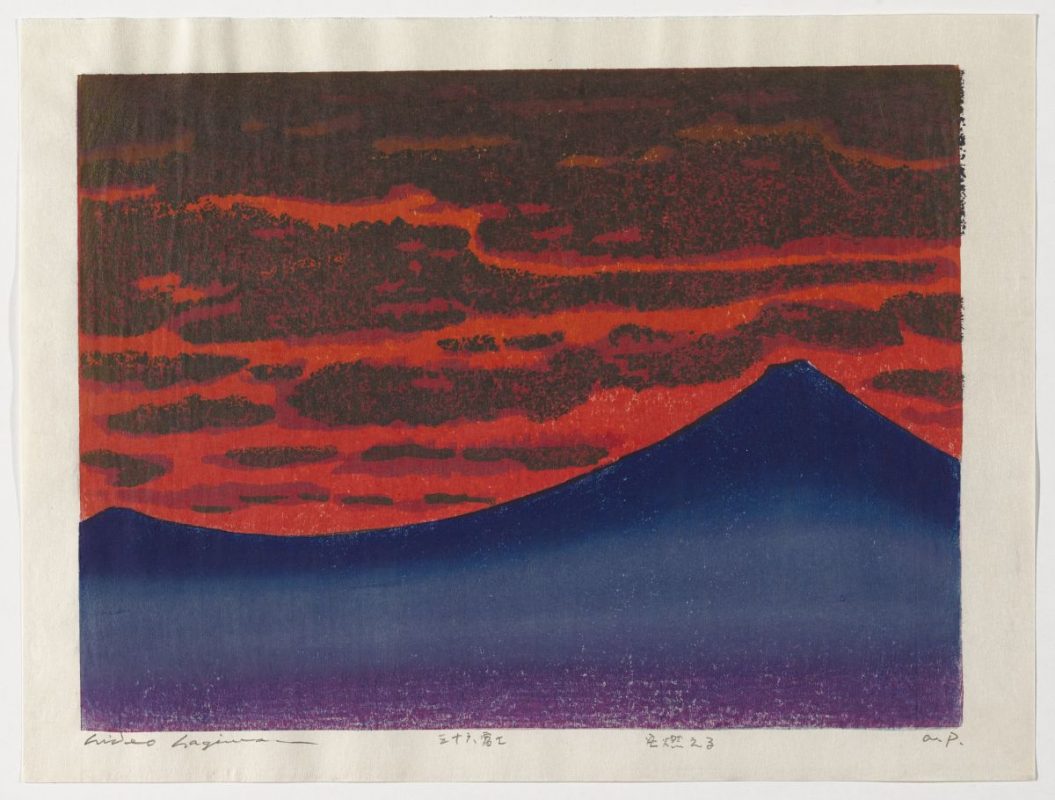 Originally a painter trained in oil, Hagiwara Hideo (1913–2007) became ill with tuberculosis and turned to printmaking in 1954. From the start his prints were of an abstract nature, and for 50 years he was a constant innovator in his choice of motifs, style, and technique. This first major U.S. retrospective exhibition of Hagiwara’s work showcases his enormous versatility. More than 30 prints span his early work of the 1950s to the Greek Mythology series in 1965, and from his celebrated series of novel views of Mount Fuji in the 1980s and 1990s to his enormously laborious prints of the Face, Memory, and Mandala series.