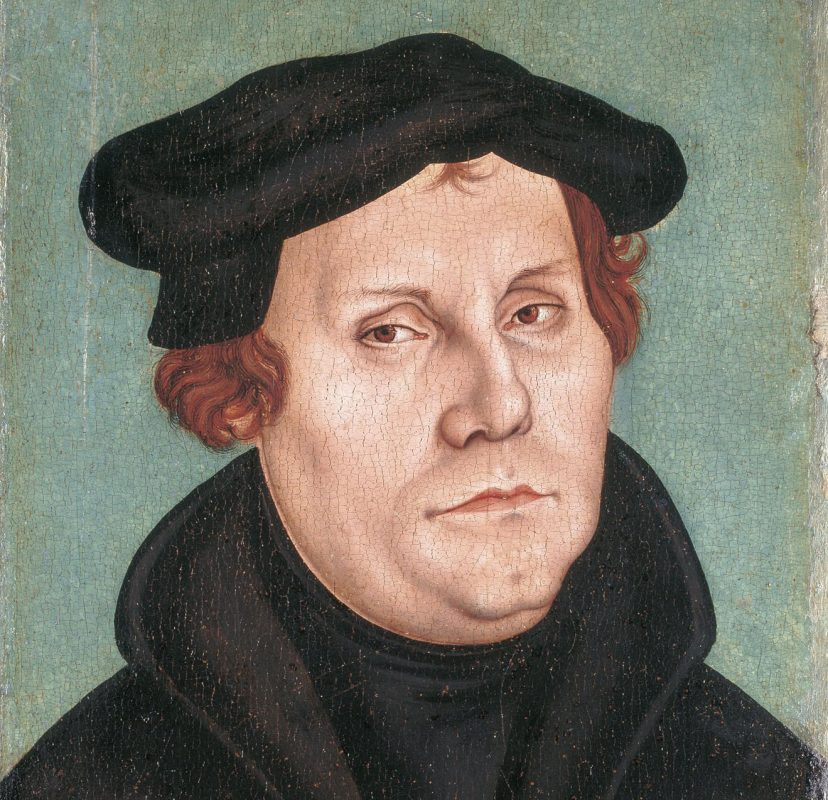 Martin Luther: Art and the Reformation

Five hundred years ago, Martin Luther ripped the fabric of European life by standing in open opposition to the most powerful men of his age. “Martin Luther : Art and the Reformation” examines his life and influence through the lens of artistic creation. Spectacular objects from both Catholic and Protestant contexts will highlight the role of art in the service of spiritual and earthly power. Changes triggered by Luther’s actions prompted debate about the function of art. Art also played a central role in the hard-hitting battle of ideas that revealed the fragility of traditional notions of truth and order. In “Martin Luther and the Art of the Reformation,” this dramatic story plays out in rarely seen masterpieces from the heart of Germany, including extraordinary paintings, monumental sculpture, sumptuous embroideries, and fabulous objects wrought in silver and gold. Visitors will experience an unparalleled closeup of Luther’s life through a remarkable assembly of his personal possessions, accompanied by recent archaeological finds from his childhood and adult homes. Manuscripts, precious books, and biting satirical broadsides will reveal the era’s turbulent intellectual vitality, a freedom of inquiry that set the stage for our modern world.

Unprecedented in its scope, “Martin Luther:  Art and the Reformation” features well over 100 objects that have never before traveled to America. Curators at the Minneapolis Institute of Art, the exhibition’s sole venue, are working closely with partners in the German state of Saxon-Anhalt and Berlin to gather, study, and present this once-in-a-lifetime opportunity, made possible due to the closing of the Luther House in Wittenberg in preparation for its Jubilee Year in 2017. The inventory of the Luther House, the world’s largest Reformation history museum, has never been lent in such a comprehensive manner. The German government has fully endorsed the project, in recognition of its importance, and with the certainty that visitors will come away with a tangible awareness of this pivotal moment in history—a moment when a man took a stand that turned the world upside-down.

Organized in cooperation with the Minneapolis Institute of Art; Luther Memorials Foundation of Saxony-Anhalt, Wittenberg; Deutsches Historisches Museum, Berlin; Foundation Schloss Friedenstein Gotha; under the Leadership of the State Museum of Prehistory, Halle (Saale). Its realization has been made possible due to the support of the Foreign Office of the Federal Republic of Germany within the framework of the Luther Decade.