How many objects were on display, and what type of objects are they?

“Hearts of Our People: Native American Women” was held at Mia July 2–August 18, 2019. The exhibition displayed more than 117 works dating from ancient times to the present and made in a variety of media, including sculpture, video and digital arts, photography, textiles, and decorative arts. Objects were from Mia’s permanent collection and loans from more than 30 institutions and private collections. The featured works were from communities representing all regions of Native North America.

How many Native communities are represented?

More than 50 communities and cultures from all over North America were represented. However, this exhibition was not conceived as a comprehensive or definitive study of Native women’s art—we realize that would be impossible. We view this exhibition as the tip of the iceberg, the beginning of what we hope will be the first of many exhibitions like it. Native women are important and influential voices in American art.

How did this exhibition come about?

Organizing this exhibition was a multi-year process requiring extensive research, dialogue, and planning. It began in 2013, when curators Jill Ahlberg Yohe and Teri Greeves first discussed the possibility of working together on an exhibition exploring the artistic achievements of Native women. They recognized that the majority of Native art was and is made by women, but came to the realization that there had never been a major exhibition or catalogue dedicated to Native women artists. Yohe and Greeves collaborated with an advisory panel including Native women artists and Native and non-Native scholars from a range of nations to bring this exhibition to fruition in a way that honors these objects and the artists who created them. Learning from diverse opinions and voices was and is a fundamental part of this exhibition.

Why are there so many different languages in the exhibition?

The artists in this exhibition represent more than 50 communities and cultures from all over North America. Not only was it important for Mia to recognize the artistic achievement of these Native women, we also felt it was essential to experience their voices in their Native languages.

Were any sacred/ceremonial objects or cultural patrimony be on view?

No. We made a concerted effort to exclude any funerary objects from the exhibition. Much of the work that went into this exhibition involved working with archaeologists to research provenance and secure objects that were instead used in a domestic/home setting. All object selections were reviewed by our advisory panel, which included Native women artists and Native and non-Native scholars from a range of nations.

Are any of these works required to be repatriated under the Native American Graves Protection and Repatriation Act?

No. Mia takes the stewardship of its collections very seriously. We adhere to the ethical guidelines established by the Association of Art Museum Directors (AAMD) and the American Alliance of Museums (AAM), and comply with the requirements of the Native American Graves Protection and Repatriation Act. In addition, all object selections for this exhibition were reviewed by our advisory panel, which included Native women artists and Native and non-Native scholars from a range of nations. 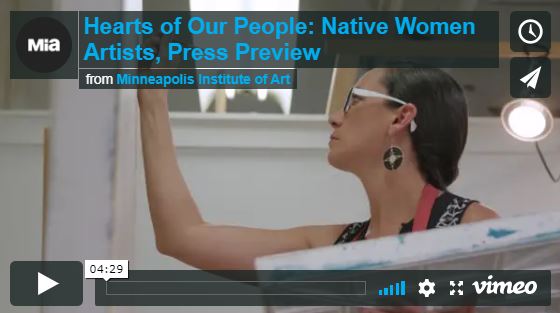 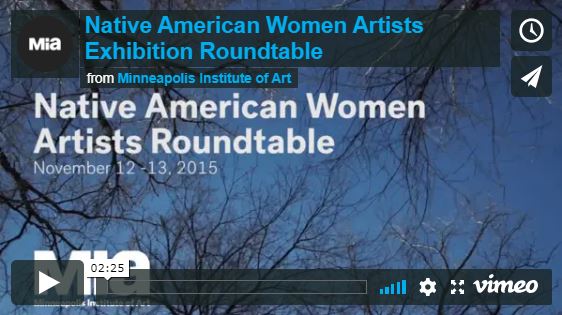