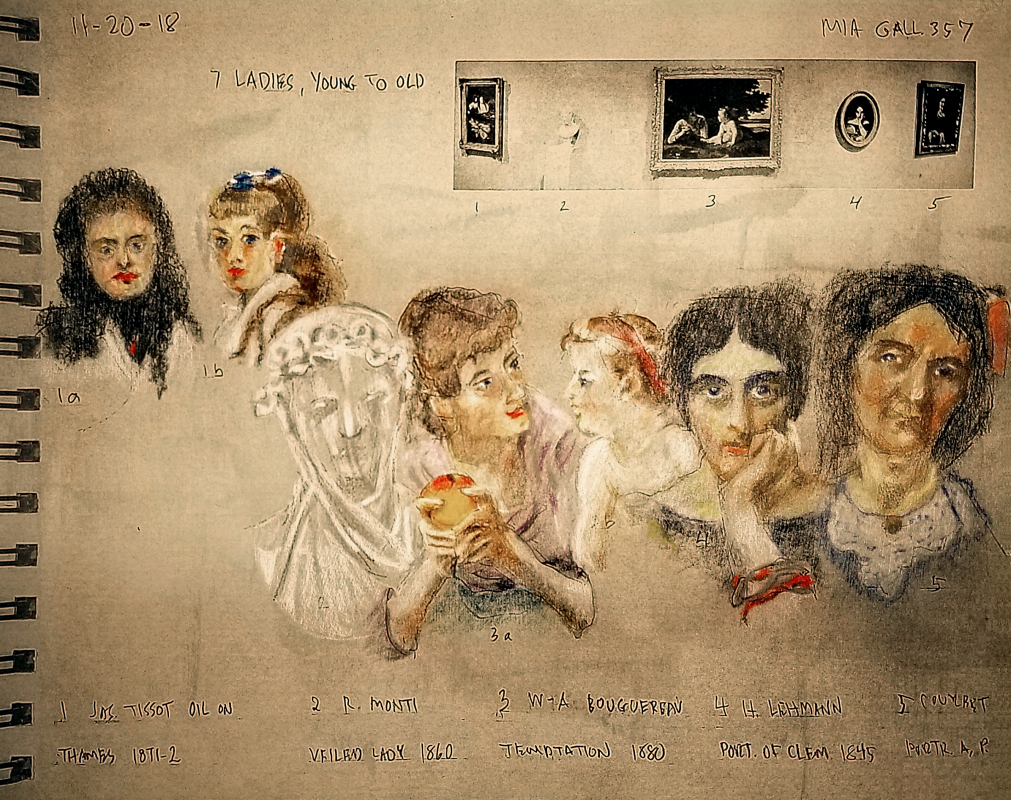 What does inspiration mean to you?

I’m reminded of a quote from a mentor, Timothy Hawkesworth, a decade back: “Painting communicates through the power of unnamed substances. It creates a silence inside of us in which the imagination has room to travel.”

Mia has a gallery numbered 357 but also subtitled “Realists” which, over a few years, I took a liking to for sketching. One day I decided to study then copy faces of just over half-dozen ladies of various ages who appeared on the gallery’s north wall; I then assembled them into a kind of “compositional collage” that became one panoramic sketch, and later added color. When I was done, oddly, each portrait, heretofore visually shouting at me with feelings, became more modest, more quiet – as did I: 357 was strangely silent, so rare, as the marble sculpture titled VEILED LADY usually gets everyone talking plenty!

Connect with the artist

Back to Inspired by Mia