A rare book and a Titanic tragedy: How a misunderstanding revealed a remarkable history

A few years ago, a curator at Mia asked the museum’s library to find a specific edition of an out-of-print book from 1902. He was preparing an exhibition on anti-Semitism and was intrigued by the illustrations in the book, called The Spirit of the Ghetto, about the Lower East Side of Manhattan when it was the largest Jewish community in the world.

A copy was found and forwarded to the library’s Cataloging Department for processing, along with an instruction to “note special collection plate.” Occasionally, the library does note bookplates in its online catalog, particularly those with significant provenance (mostly founders of the museum), artist’s copies, or people of local historical importance. But that wasn’t the case here; the instruction was actually meant to simply put the book in a Special Collections cabinet. 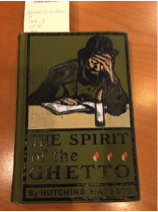 “The Spirit of the Ghetto,” a rare 1902 book in the collection of the Minneapolis Institute of Art library.

Instead, the bookplate was noted: a florid illustration declaring that the book had been presented long ago to the Mark Skinner Library in Manchester, Vermont, by a “Miss Eliz Isham.”

In the late 19th and early 20th centuries, the Ishams were an influential family both in the Midwest and Northeast United States. The father of Eliz Isham (who went by Lizzie), was a prominent Chicago attorney — a law partner of Robert Todd Lincoln, the president’s son. But he had grown up in Vermont and never lost his love for the place. He kept a country residence in Manchester.

Mark Skinner had likewise moved from Vermont to Illinois. He was a member of the Illinois Legislature. In fact, he knew the Ishams well — he was related to them. When his namesake private library was formed, in 1897, he stipulated that two of his cousins be named administrative committee members: Anne Eliza (Lizzie) and her sister, Frances. 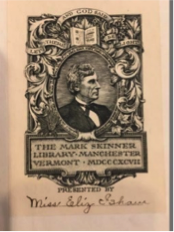 The bookplate inside Mia’s copy of “The Spirit of the Ghetto.”

Lizzie must have donated The Spirit of the Ghetto to her cousin’s library sometime between 1902, when the book was published, and 1912, when she boarded an ocean liner in Cherbourg, France. The ship, tragically, was the Titanic.

“When the world began to change”

Lizzie came from a long line of well-to-do, well-educated women. An Elizabeth Isham who was a diarist and herbalist in England in the 1600s — and possibly Lizzie’s namesake — has been described as “strikingly independent in all matters.” Like Lizzie, she never married. A history of her life and times, called The Gentlewoman’s Remembrance, describes the family library at their manor: “…books and reading were fundamental to the Ishams’ familial interactions, with members giving texts as gifts, Sir John and Lady Isham [Elizabeth’s parents] teaching their children and servants to read, and aural reading being a favourite pastime in the household.” 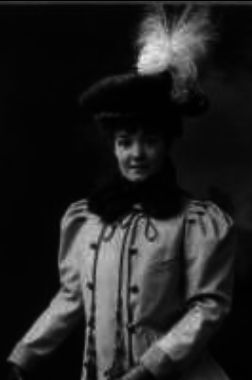 Lizzie was active in East Coast and Chicago society, and seems to have fallen in with the progressive movement of the early 20th century. The Spirit of the Ghetto would have circulated among this group. Like Lizzie, the author, Hutchins Hapgood, was born in Chicago and traveled extensively in Europe. He belonged to a school of reform-minded journalists and took a somewhat feminist view of women’s role in cultural, political, and social debates. “When the world began to change,” he once wrote of New York’s increasingly inclusive intellectual culture, “the restlessness of women was the main cause of the development called Greenwich Village.”

Having embedded himself among the Jewish immigrants of the Lower East Side, he described them warmly as having a high sense of involvement, a desire to learn, a hopeful humor, an emphasis on self-aid and mutual responsibility, and respect for the place of women in their literature. One resident he met was Jacob Epstein, an American-British artist who wound up illustrating the book. (He would go on to a distinguished and wide-ranging career, including pioneering modern sculpture. Mia owns his 1913 work Female Figure.) 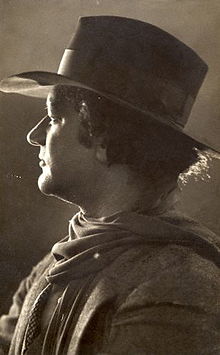 Hapgood writes in his preface, “The Jewish quarter of New York is generally supposed to be a place of poverty, dirt, ignorance and immorality. … I was led to spend much time in certain poor resorts of Yiddish New York not through motives either philanthropic or sociological, but simply by virtue of the charm I felt in men and things there.”

In the copy now at the Minneapolis Institute of Art, he inscribed a note to patrons of the Mark Skinner Library: “May the people of Manchester who read this book receive a small part of the satisfaction that I experienced in knowing the types and life described.”

Lizzie eventually sought the expat intellectual culture of Europe, and lived abroad for nine years starting in 1903, mostly in Paris with her sister. Then, in 1912, her brother suggested she spend the summer with him in Manhattan. She booked first-class passage on the brand-new Titanic, which left England on April 10, 1912.

Cherbourg, France, was the Titanic’s first stop—it would only make one more, in Ireland. Lizzie allegedly brought her dog with her, a Great Dane she’d had since he was a puppy.

Dogs on board the Titanic. Lizzie’s dog may be the largest one.

When the Titanic struck an iceberg the night of April 14, and sank off the coast of Newfoundland, more than 1,500 people died — but only four women traveling first class. Lizzie was one of them.

Pets were barred from lifeboats, and Lizzie is said to have surrendered her place to stay on board the Titanic with her dog. Her body was never found, though sailors and other observers aboard a returning lifeboat described the floating body of a woman whose frozen arms were locked around a large dog. She was 50 years old.

A memorial service for Lizzie was held the following month, in Manchester. Her tombstone, in a cemetery there, declares “Lost at Sea.”