A sense of blackness: A dialogue across time and space through art

By Anniessa Antar and Gretchen Halverson //

Keegan Xavi is a visual artist, art historian, and producer in North Minneapolis, and when she recently visited “In the Presence of Our Ancestors: Southern Perspectives in African American Art,” a new exhibition at Mia featuring the work of Black artists from the Deep South, she felt something unique about the space. “There’s an African gallery upstairs and you’ve got a thousand cultures all crammed together in one room,” she says, “but then to walk into this exhibit and to be able to see a very specific sense of Blackness, a very specific sense of not only African-American Blackness, but from the South … you felt that energy as soon as you walked in … knowing this is a Black space, about the Black experience.” 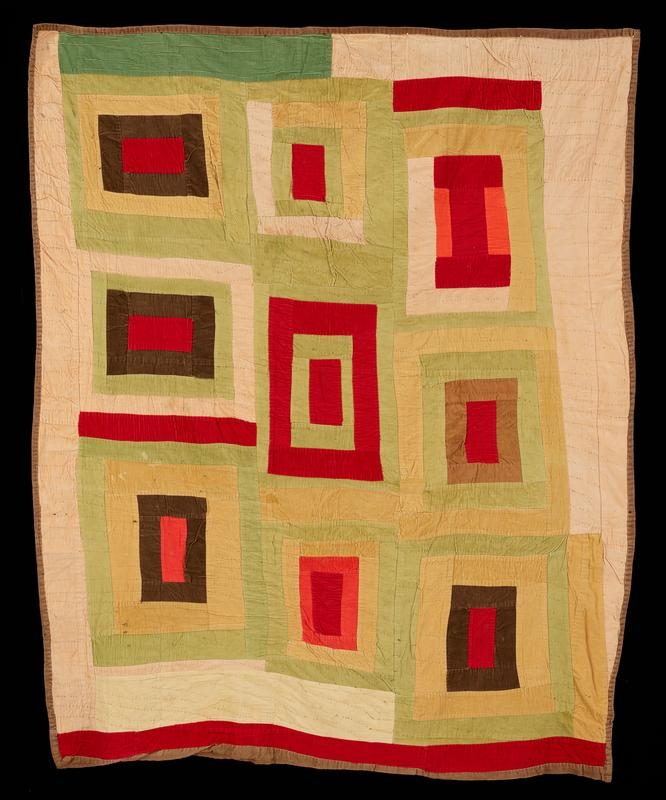 Xavi and other artists spoke about their experience of the exhibition for a parallel project called “The Transcontinental Dialogue and Virtual Altar,” organized by Anniessa Antar, Mia’s activation specialist, and Starasea Camara, the curator of the exhibition. The project has engaged local Black artists, creatives, teachers, and healers in thinking about the exhibition and making offerings of writing, poetry, and music to a virtual altar, activating a dialogue between these artists based in the Midwest and those represented in the exhibition from the South.

The geographic division between North and South isn’t as significant as the cultural connections, Xavi says, enabling a dialogue across time and space in powerful ways. “I just feel connected to all black people everywhere,” she says. “We’re on stolen land right now. We’re dispossessed people who did not want to be here. I know that is super broad, but I think that is the African-American experience. There’s this sense of place [that] was not by choice.”

For potter, maker, and sound artist Sayge Carroll, the exhibition demonstrates the artistic need to mark our time and space, no matter the chaos of everyday life. She says a lot of art-making, including her own practice, is “done in the margins. You’re working your job, you’re putting food on your table, you’re fixing what’s broken in your house. And then you take a moment because you want to mark this time and it becomes this ritual to keep you alive and to sustain you.”

To both experience and respond to the exhibition, Carroll says, she had to be vulnerable. “I think the vulnerability in being so open with the pain and the anger and so transparent with how angry I am or how hurt I get; there’s a tendency for me to not show that to not be phased, to not be bothered, to just keep going … this allowed me to take the time to let the anger out and let it be messy. It had a huge impact on me. It reminded me of why I do art and what started it for me.” 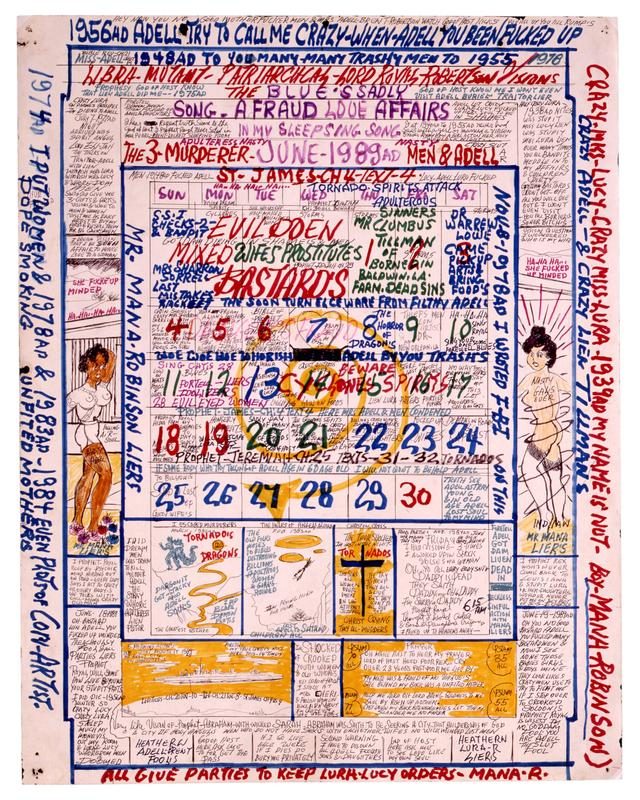 Xavi, too, considered that messiness an opportunity. Responding to “Untitled” by Royal Robertson, she recounted, “I initially received this piece as too intense and overwhelming and almost walked away from it, but I pushed past those feelings to understand what this artist was trying to say. Instead of shying away from this emotional intensity, I allowed myself to be inspired by it and to respond with a piece expressing my own anger. Like fine, let’s go there.”

Robertson’s work is intense and chaotic: pen and marker fill a large piece of paper in an expression of anger, vulnerability, and discomfort. For Xavi, this emotional expression gave a sort of freedom to express her own emotions and to sit with it. “What I took from exploring Robertson’s piece was the freedom to be emotionally messy,” she says. “To not have all the answers or know how to proceed. Sometimes there is a pressure to avoid or change unpleasant feelings, but that’s not real. Pain is universal and our relationship with pain defines us as individuals. Sometimes I feel messy and unlovable. And that’s okay, too.”

For Xavi and Carroll, viewing the exhibition and creating space for conversation and collaboration through this project feels like an essential and expansive practice. Xavi has also lived in Los Angeles, and says the Twin Cities art scene is uniquely supportive: “It’s okay to talk about your pain and trauma, you don’t have to hide it. You don’t have to swallow it anymore. You can share it with your community and we will come together through healing or through art.”

Carroll expressed hope for the future. “It is becoming easier to have more than just one or two people of color doing art here,” she says. “And because of that, there isn’t this scarcity mindset. People of color are creating what they want, not waiting to get somebody to give it to them, but just, you know, we have the tools, we have the means, we will make this thing happen. We will start a new program. We will start a new place to do things. That feels really exciting to see because that whole group is starting to be the ones running places now. It’s like now we’re coming together and actually having power. And you see things like the show at Mia, involving the right people, it’s exciting.”

“In the Presence of Our Ancestors: Southern Perspectives in African American Art” is open through December 5, 2021. Read more about the artists featured in the “Transcontinental Dialogue and Virtual Altar,” explore the artwork in the exhibition, and reserve your ticket to visit here.