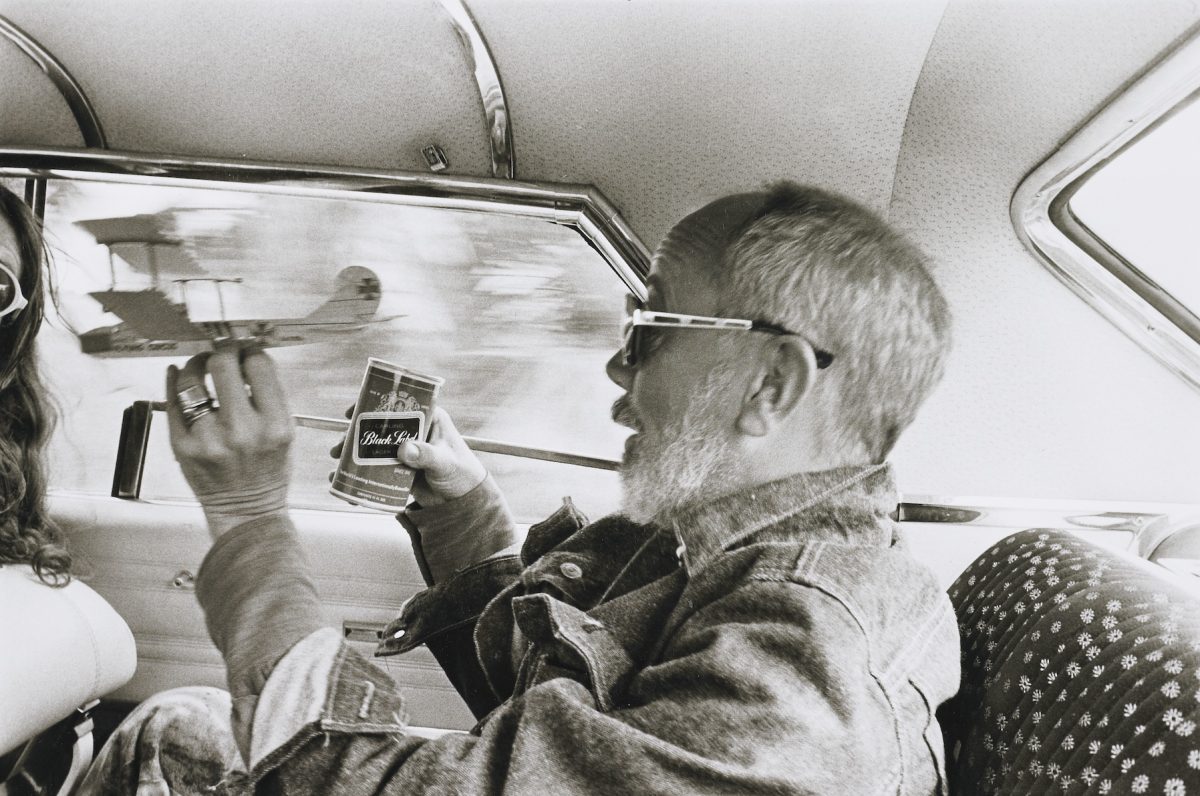 In the late 1990s, I got a job working in the darkroom at the MIA. My single Sisyphean task was to make seven black-and-white prints of every object in the museum for its various archives. The reward was a chance to peer into obscure corners of the collection.

I was particularly taken with the work of Ramon Muxter, a photographer unknown to me. The MIA has more than 80 of his photographs and they are all raw, funny, and full of life. So it was thrilling to learn that Muxter not only lived in Minnesota but also had worked in the MIA darkroom, under the tutelage of the great photography curator Ted Hartwell.

One of my favorite Muxter images is of a middle-aged man in the backseat of a car, a beer in one hand, a model airplane in the other. How heartening, I thought, when I came across the image at the MIA, that such a free-spirited snapshot by a local photographer could be worthy of a world-class art museum. But the notion that one of my own photographs would someday join it still seemed fantastic.

In what seems like the snap of a shutter, 15 years have passed and much has changed. Ramon Muxter is no longer alive; nor is Ted Hartwell. And with the advent of digital photography, I’m sure those thousands of prints I made in the MIA darkroom have long since been moved to the landfill. Yet that model airplane, gripped by a gleeful man in the back of a car, is forever preserved, forever flying.

Alec Soth, a 2013 Guggenheim Fellow and Magnum photographer based in St. Paul, regularly pairs his work with the journalism of Brad Zellar in newspapers distributed by their publishing venture Little Brown Mushroom.