Sky Hopinka says he’s always known who he is. His father is a member of the Ho-Chunk Nation, in Wisconsin; his mother is descended from the Pechanga Band of Luiseño Indians, in California. They met on the powwow circuit, traveling across the country to perform, and when Sky came along he joined them in the arena. He started dancing at age 4. 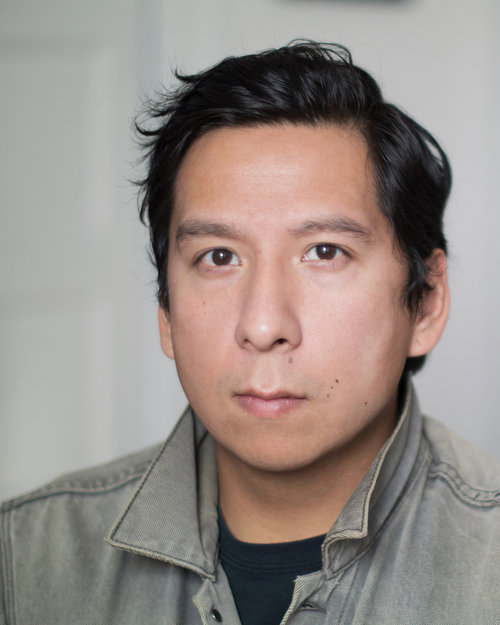 In his 20s, living in Portland and unsure of his direction in life, he began learning and teaching Chinuk Wawa, a nearly extinct language rooted in the Lower Columbia River Basin. Around the same time, he began shooting video. He wanted to tell Indigenous stories, but not the way they are usually told—didactic, easy for white people to understand. He didn’t want to explain Indigeneity; he just wanted to be present.

Now, in his mid-30s, he is a rising force in filmmaking. His first feature, malni–towards the ocean, towards the shore, premiered in January at the Sundance Film Festival. And this spring an exhibition of two short films and his photography, called “Disfluencies,” opened at Mia—just as the museum was closing temporarily because of COVID-19.

We talked at Mia the day his show was set to open. Here, he explores his life on the road, the origin of his style, and the films in “Disfluencies”—which you can watch here, in part. You can see one, Cloudless Blue Egress of Summer, in its entirety, on his website—it was recently acquired by Mia.

You’ve talked about knowing who you are from an early age. But what has that meant to you over the years? And how was that impressed on you?

I’ve always known who I am, but the relationship between me and my identity and who I am has been complicated. It’s like trying to understand who I am while knowing who I am. Also, the white power structures of colonization in this country will never let me forget who I am. I’m always grappling with how I’m defined by others and how I identify myself, whether it’s calling myself Ho-Chunk—or Winnebago—or thinking about these relationships to the past and history and landscape and how I fit into that psychologically as well as emotionally.

You grew up on the road, going to powwows. How did that affect your understanding of yourself?

My dad was a drummer and a singer on the powwow circuit. My mom’s a dancer. So going to powwows and being on the dance floor has always been a part of my life. The different aspects of my life, living in two different worlds, never felt at odds until I was taught that they were at odds by outside forces.

Did all that travel make you comfortable with the road, or are you weary of it now?

My relationship with travel and movement and location—how I’m moving through the world—is constantly evolving. It’s exhausting, but I feel like I wouldn’t rather be anywhere else. I really like airports. I’ll look for an empty gate, or an empty restaurant, and sit there working and reading. It’s nice to find spaces to focus on work, because I tend not to do that at home. Also, TSA PreCheck really helps.

You started making videos around the same time you were learning and teaching a new language—how did those experiences relate to each other?

It came at a point in my life when I wasn’t sure what I was going to do. And it happens that these paths both require a sense of dedication and self-motivation. You need a really strong passion for understanding the world, teaching people the things you know, and having a sense of generosity around that.

Making films isn’t necessarily about education for me, but reacting against the didactic Indigenous education we’re often tasked with teaching—usually to a white audience—about our history. What happens if I try to teach an audience something else in these videos that’s a bit more opaque and a bit more difficult to understand? The moving image can be a way to explore things that are difficult for language to describe.

Your films often reflect on landscape—a sense of place—which has its own complicated history in art. How would you describe your relationship with landscape?

I often have a hard time describing it. It’s something I’m constantly aware of, whether it’s geographical features or place-names, where those words come from. That’s interesting for me. My photo series “The Land Describes Itself” takes its name from a poem that a friend of my mine wrote. The last two lines are “Why write poems about the land, it describes itself.” That struck a chord with me. I’ve never really tried to describe the land, only my place within it. Whatever place I’m present in is not a place that’s permanent. The people who were here, are here, or will be here—those histories don’t have to be so linear. They can simultaneously exist.

Fort Marion, the historic site in Florida where you shot Cloudless, is infamous as the place where imprisoned Native Americans were first re-educated, to “kill the Indian and save the man.” What was it like to shoot there?

It was really powerful, an almost oppressive sort of feeling, to stand in a room where so much history began—history that continues to affect my family. This is the place where boarding schools were born, or the idea of them, and spread across the country. A place that’s always been on the wrong side of history, at least until recently.

What’s it like now? Are there costumed guides walking around?

No costumed guides, thankfully. They do fire off a cannon, but they wouldn’t let me film that for some reason. The National Park Service was very supportive of the project. Part of their mission, in the last few years, is to represent the history there and have more inclusion of Indigenous artists, to activate the space and comment on it. They let me in an hour before it opens to the public. It would have been a different piece with people around.

Your other film at Mia, Lore, has a kind of wistfulness about it and a memorable soundtrack. How did it come about?

The music is by this band that was at Radcliffe, at Harvard, when I was there [as a fellow, in 2018–19]. Our closeness came from being able to provide ourselves with a safe space and have this friendship, and part of that was just playing this music. My introduction to performance-based practice was being in a band as a teenager, which is something I often think about.

The film came about in the process of cutting these 35mm photographs I had taken—a lot of landscapes, different markers of my travels. I’d make transparencies and put them on a projector, overlaying them and then cutting them up and putting more on. Going through that process, I knew I wanted to photograph them [comprising the photography in the show at Mia]. But it also reminded me of the film Nostalgia [the 1971 short, not the 2018 film], in which an artist is burning these photographs on a hot plate as he describes them. Lore is another response to nostalgia, as a memory full of wistfulness and loss, and how sharing nostalgia with another person can be an act of creation.

You went to the protests at Standing Rock three times. What was that experience like?

The first time I went, I was originally going to go three or four months earlier but I couldn’t think of a reason why—would I be taking up space, would I be able to contribute, was I going just because I had friends out there? That gave me pause. It’s a 12-hour drive from Milwaukee [where Hopinka was living] to Standing Rock and all through that drive I was thinking, What am I going to shoot, how am I going to shoot, do I want to be a journalist? I have an inherent skepticism of journalistic integrity, as it applies to what I’m doing, and I wondered how I was going to account for my own subjectivity.

You must have seen a lot of media out there, who then moved on to the next assignment.

I met a friend from Milwaukee out there, who’d been there four or five months before I arrived and was really embedded with the media there. Being embedded with the journalists but not being part of them—but also being Native in that space—definitely shaped my perspective. Some journalists were frustrated about things that some of the camps didn’t want filmed, they were frustrated by all the rules—that was wild to hear spoken freely. I didn’t just want to be filming the camera people filming the Indians. But it gave me a sense of looking at these different perspectives; I felt like I was floating through these different spaces.

How long did it take to make something of the footage you shot?

I think I’m still processing what it meant to be there and will probably take years more. But what drove the film I ultimately made was the idea of making something reflective of the experience but also questioning that experience. Making the project, and watching it hundreds of times in the process, it became a bit removed—it was a form of distancing or compartmentalizing.

The feature film you recently debuted at Sundance, called małni–towards the ocean, towards the shore, is essentially a documentary exploring myth. How did you decide on your approach to this story?

It’s set in the Northwest, and is about—but not about—the Chinukan origin-of-death myth. I was interested in trying to make a film about myth but not telling the myth, to respect the boundaries of the tribe in terms of what they wanted to share and not share. It follows two people as they wander through their surrounding nature, the spirit world, and something much deeper inside. They’re friends of mine, and how they’re moving through life in relationship to this myth frames their experience with their families and children.

Does the way we relate to myth now tell us something about the origin of that myth?

There are creation stories or myths within my culture, and I’ve often thought about who first told this story—who made up this myth. But even thinking of it as a myth comes from a Western standpoint. People thought of these stories as real, so what was that person feeling? Were they down, were they feeling good, were they getting over a breakup, were they missing their mother? Ascribing emotions to this lore is a way of giving it immediacy.