Gabriel and Yvonne Weisberg on art, love, and the thrill of the chase

In 1966, Gabriel Weisberg and Yvonne Herzog met over a game of ping-pong on a transatlantic crossing. Gabriel was an American art-history student, on his way to France to work on his PhD dissertation; Yvonne was a Swiss social worker, heading home to Geneva after a year in Canada. By the time they arrived in Paris, seven days after leaving New York, they knew things were serious.

“He asked me to marry him while we were in Paris,” Yvonne said.

“She thought I was insane,” Gabriel said.

They married a year later, on July 13, 1967. Over the next 50-plus years, art would play a significant role in their relationship. Gabriel taught art history at universities in Albuquerque, Cincinnati, and Minneapolis, and both he and Yvonne became immersed in the work of 19th century European Realists, artists who sought to portray the often-harsh truths of everyday life rather than adopt the lofty, romanticized lens of Neoclassicism in vogue at the time. 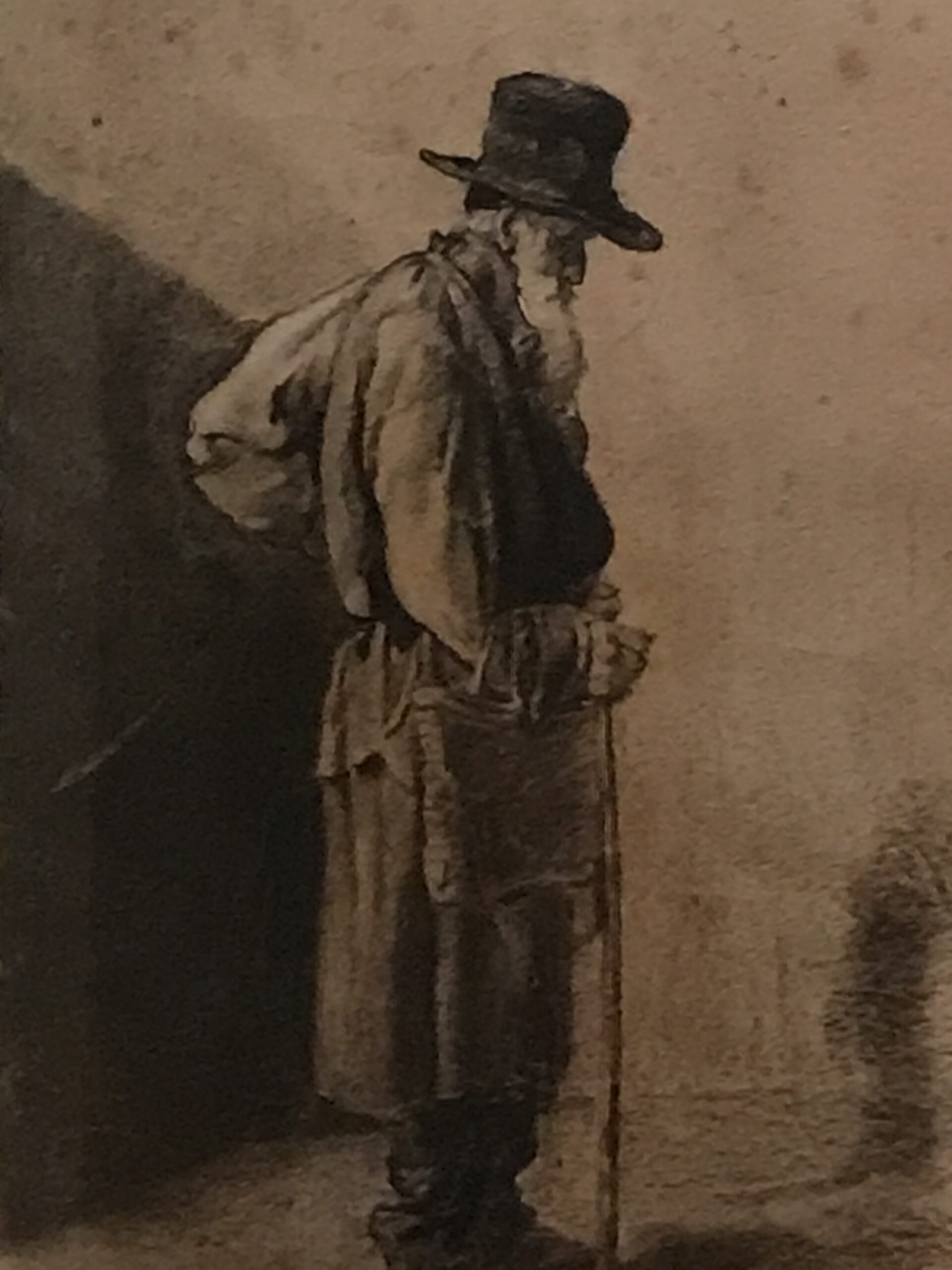 “The Old Beggar,” 1887, by François Bonvin, was the first artwork purchased by the Weisbergs for their collection.

The Weisbergs traveled the world to research, write, and collect, combing flea markets and small galleries to find works they could afford by artists like François Bonvin, Louise Catherine Breslau, and Charles Milcendeau. Eventually they amassed a collection of more than 200 pieces. The exhibition “Reflections on Reality: Drawings and Paintings from the Weisberg Collection,” now on view at Mia, represents the culmination of a lifetime committed to a passion for art.

In a recent conversation, Gabriel and Yvonne shared stories about their adventures, as well as several tips for those who may be looking to start their own collections.

Did you always share an interest in 19th century European artists?

Yvonne: There was no conflict. We had the same interests in art, but we had no money.

Gabriel: If we disagreed, we disagreed on cost. The price was too high, but never too low.

Why were you drawn to the Realists?

Gabriel: Because I like them. Realism is one area that hadn’t been fully explored. Except for [Gustave] Courbet, these artists have largely been forgotten or neglected. Everyone was blindsided by Courbet, but there are so many other excellent artists in Realist mode that deserve to be noticed, collected, written about, and exhibited.

When you acquired your first piece, did you know you were building a collection?

Gabriel: We didn’t actually start collecting until we went to New Mexico in 1967, which was for my first job. We bought an object by Buffalo Kaplinski [1943–]. I don’t remember how much it cost, but it wasn’t a lot.

It was kind of a wash drawing, a landscape from New Mexico. Beige, brownish. We don’t have it anymore. The first drawing we really liked and could collect and afford was a drawing by François Bonvin at a gallery in London. The drawing is here at Mia: The Old Beggar. Eventually I published a monograph on Bonvin. Nineteenth century European—this is what I researched, what I taught.

But you didn’t teach the artists in your collection.

Gabriel: When I taught art history, I would talk about [Théophile] Steinlen, but Milcendeau, the drawings, there’s no way I could. I don’t teach my collection because it’s personal. There are so many artists, so many works, you can’t teach them all about everyone. But you can teach them about the history of ideas through objects. 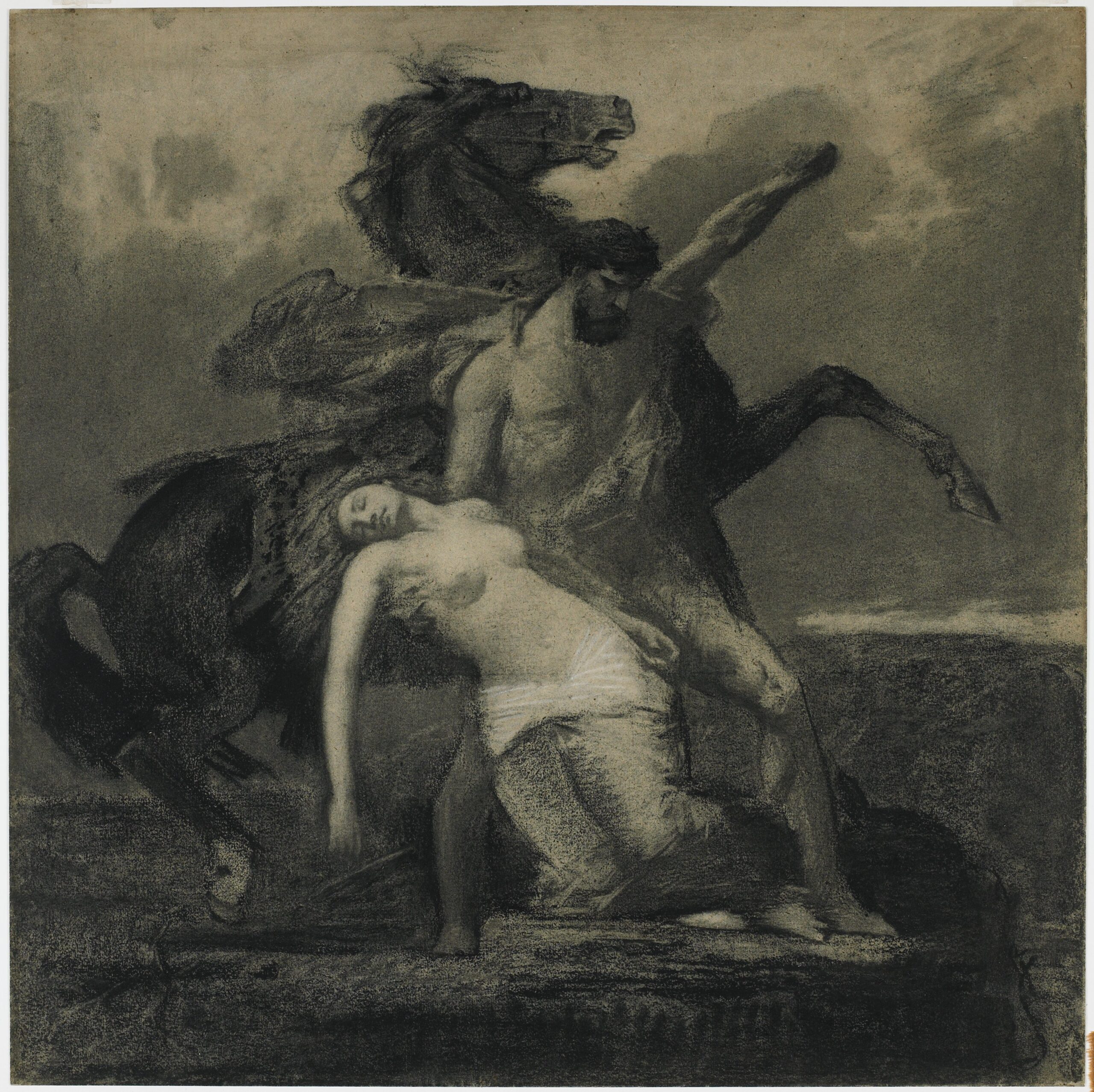 Were any of the works you collected tied to milestones in your lives or careers?

Yvonne: Rarely. It wasn’t a milestone. It was a sad event. We were in New York when Gabe’s mother died in 1986. We still went to the dealer — he had a beautiful drawing by an artist named François Chifflart. I think we bought it because it was very good and because it reminds us of her.

Was there ever an artwork that you regret not purchasing?

Yvonne: Once in the [Paris] flea market, we saw a big landscape by Jean-Achille Benouville. At the time, they were not taking credit cards, and we couldn’t go to the bank because it was Sunday. Maybe six months later, we opened a catalog for a well-known gallery in London, and there was the landscape on sale for a lot of money.

Do you have advice for someone who is interested in starting an art collection?

Yvonne: I would say go to a dealer. Go through the galleries, look around, and ask questions. It’s good to be prepared a little bit.

Gabriel: Don’t collect what everyone else is collecting. The revelation is that there are things out there that you don’t know anything about that have quality and that don’t cost millions of dollars. These are objects that are findable, collectible, at a price range people can afford, but they have to train their eyes and their heads. And if a curator says to you, ‘Why do you want to collect this? These artists are not known,’ then you say, ‘Maybe they should be known.’