In 1820, Francisco Goya painted himself leaning back into the arms of his doctor, Eugenio García Arrieta. Shadowy figures loom behind them. Are they real or a disease-induced hallucination? The doctor administers a tonic while Goya—weak, pale, staring blankly—desperately grips the sheets of his sick bed. 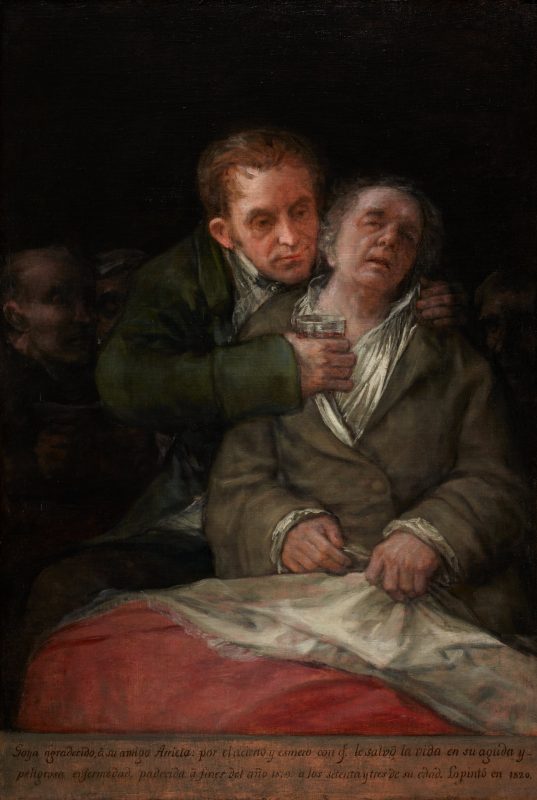 Francisco Goya’s homage to his doctor, painted in 1820 and now in the collection of the Minneapolis Institute of Art, is one in a long line of artistic tributes to medical professionals.

Goya, who was the most prominent Spanish painter of the Romantic era, obviously survived to record the moment. In fact, it was his second miraculous recovery. He’d fallen gravely ill in the autumn of 1792, as well, and didn’t pull through until July of the following year—though not before losing his hearing. Perhaps Goya thought it was time, after his second brush with death, to make his gratitude known for posterity.

At the bottom of the portrait, which has been at the Minneapolis Institute of Art since 1952, an inscription reads, “Goya gives thanks to his friend Arrieta for the expert care with which he saved his life from an acute and dangerous illness which he suffered at the close of the year 1819 when he was 73 years old. He painted it in 1820.” It’s a reference to “ex-voto” paintings, derived from Catholic folk art tradition, which often depicted disastrous events or mishaps that were ultimately resolved by divine intervention or support from the supernatural. They were a kind of vow: having avoided disaster once, the survivor would be eternally grateful. Goya was twice indebted.

Today, in the midst of the COVID-19 pandemic, the desire to thank healthcare workers is resulting in extraordinary acts of appreciation. Italians have offered twilight serenades to medical professionals and their quarantined comrades across the country. People around the world have mobilized to gather personal protective equipment (PPE) for hospitals—masks, gloves, and the like—and the Minneapolis Institute of Art has joined them, sending PPE normally used in conserving and installing art to Children’s Minnesota hospital in Minneapolis. 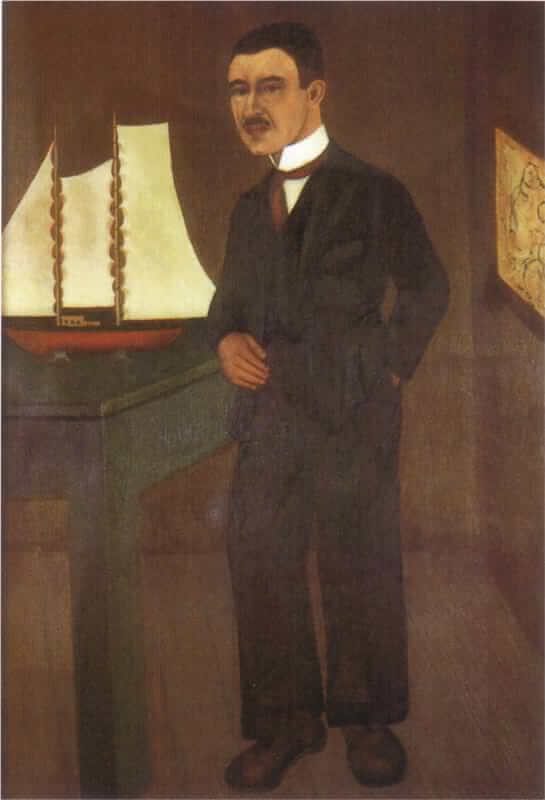 But artistic tributes to doctors, like Goya’s, have a long tradition. Vincent van Gogh, Edvard Munch, and Frida Kahlo all reached for a paintbrush to express their gratitude. Kahlo, who reportedly owned more than 400 ex-voto paintings, painted two works dedicated to Leo Eloesser, a noted thoracic surgeon who was based in San Francisco, now better known as Kahlo’s long-time medical advisor.

In one painting, the doctor stands beside a model sailboat, a reference to his love of boating in San Francisco Bay—a personal detail that Kahlo surely learned from their frequent correspondence. Kahlo spent much of her life in pain, in the care of doctors, and Leo Eloesser became as much a confidante as a caregiver. Kahlo sought more than medical advice from him, and he kindly offered it. 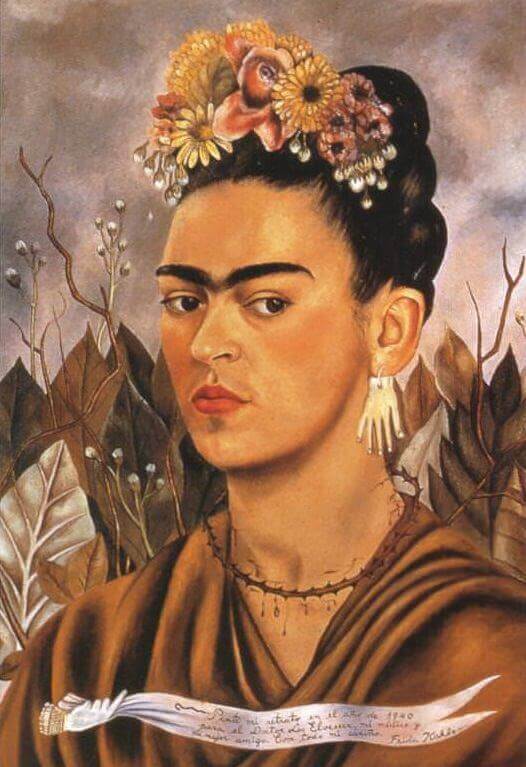 Self Portrait, dedicated to Dr Eloesser, 1940, by Frida Kahlo. Courtesy of Fridakahlo.org.

In the second painting, titled Self Portrait Dedicated to Dr Eloesser, the man she came to call her “querido doctorcito”—beloved little doctor—does not appear. Instead, the image is of her alone, melancholic, with a necklace of thorns. She had recently consulted Eloesser about a painful hand injury—and divorced, no less painfully, from the muralist Diego Rivera. Eloesser would eventually suggest they reunite, for their mutual health, but for now it was enough that the good doctor had guided her through yet another medical trauma. Like Goya’s tribute, this one includes an inscription at the bottom: “I painted my portrait in the year 1940 for Dr. Leo Eloesser, my doctor and my friend. With all love, Frida Kahlo.”

Gretchen Halverson is Mia’s Manager of Digital Engagement and Access.

Top image: Detail of Francisco Goya’s Self-Portrait with Dr. Arrieta, from 1820, in the collection of the Minneapolis Institute of Art.