On a Saturday morning in late October, about a dozen kids and their families gathered at Mia for a discussion of civic engagement. What is it? Why is it important? And, perhaps most curiously, why are we talking about it in a museum?

It’s a program called Family Conversations — a collaboration between Mia Family Programs and Doing Good Together, an organization empowering youth to take action in their communities. The idea is to use art as an entry point for families to discuss complex issues, such as politics, activism, identity, and responsibility.

The program was inspired by a 2016 exhibition at Mia called “Resistance, Protest, Resilience.” It featured about 60 photographs from the museum’s collection tying protest and resistance to civil rights and social change, including images of the Iranian Revolution, Vancouver’s Gastown riots, and the 1984 Democratic National Convention. These were events that many of Mia’s visitors had lived through, and, as it turned out, wanted to share with their kids. Mia responded by creating a space for discussion and reflection.

“We’re building on what families are looking for,” says Elisabeth Callihan, head of Multigenerational Learning at Mia, namely a way to begin these conversations. 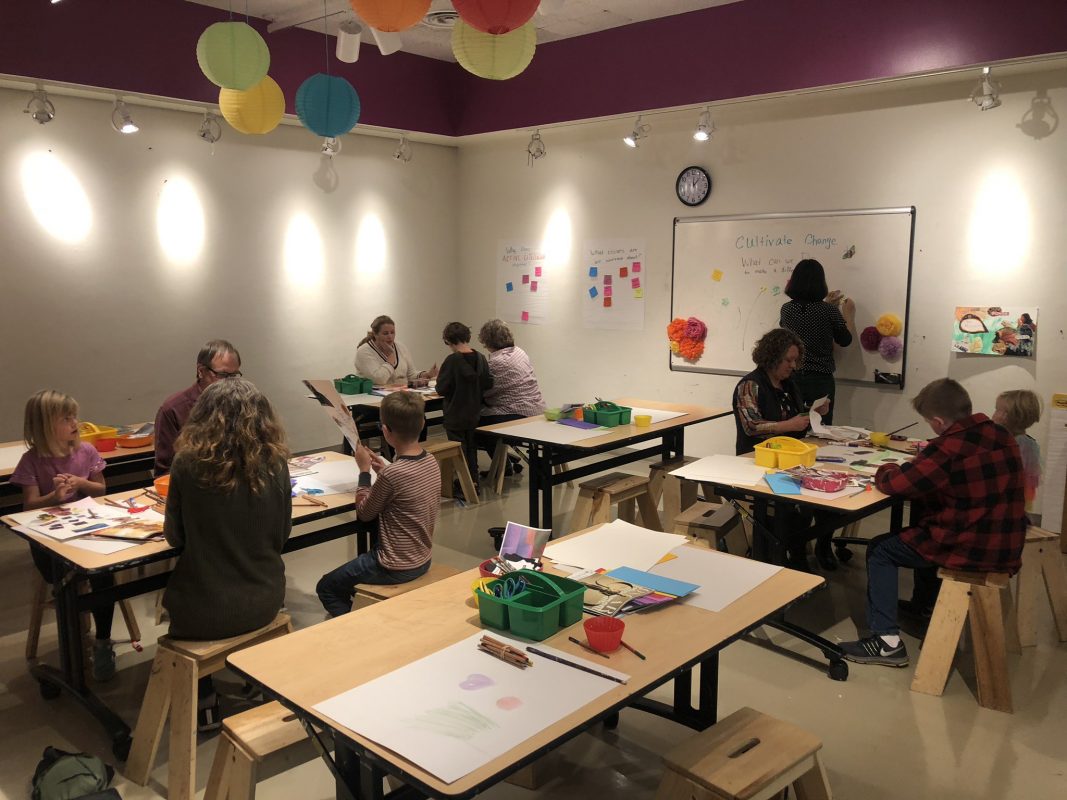 The Family Conversation crew, at work in the studio.

The day began with a discussion of care. “Who takes care of you? Who do you take care of?” asked Family Learning Associate Natalia Choi. The group talked about their families, their communities, even their pets. “I tried to open up that idea of interdependence,” says Choi. “[The idea that] we depend on each other for our survival and well being.”

The group then headed up to the galleries to look at Revolutionary, a portrait of Angela Davis — the activist, scholar, feminist and former Black Panther — painted by Wadsworth Jarrell in 1972. (Asked why they began with this piece, Callihan responded frankly, “Angela Davis is a badass.”) The group responded to a few key questions: “What is civic engagement? What are some ways you can be civically engaged? And why is it important?”

It was a valuable place to start because “civic engagement can look like so many different things,” says Choi. In fact sometimes it comes in the form of art itself. In Jarell’s patchwork of pink yellow red and blue, for example, one can make out words and phrases: “Resist,” “I have given my life to the struggle,” etc. “This is the artist using art to speak up for his values,” says Choi.

For their second stop in the galleries, the group visited What is an American?, a collage by Native American artist Juane Quick-to-See Smith. While the title led to discussions around home, displacement, and belonging, the image itself reveals various objects of identity. Huckleberries for example (valued in many Native cultures for their medicinal value), are pictured near the bottom of the artwork. Choi prompted the kids to think about their own reliance on nature. “Where do you get your medicine from?” “What’s something you can do to take care of nature?” As she indicated at the beginning of the day, you can’t talk about civic engagement without talking about relationships and they responsibilities they demand.

The group rounded out the day in the studios, making their own collages. Callihan and Choi had the kids strike a pose and then create a collage that supported their message. Some chose questioning poses, others triumphant — a manifestation of all the ways civic engagement can appear, says Callihan. Sarah Aadland from Doing Good Together also helped families brainstorm issues they care about and actions they can do everyday to help make the world a better place. We can’t solve world problems on our own, she noted, but small actions can add up to make a difference. 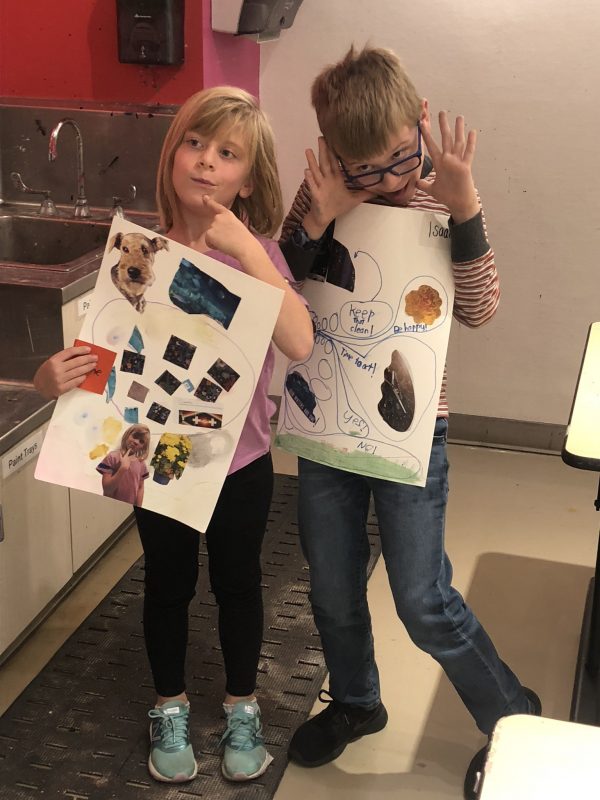 Participants with their collages.

Moving forward, Choi and Callihan hope to have more Family Conversations like this one, and they’re not shying away from difficult subjects (race and immigration are potential topics). “We’re not the experts,” says Choi, but Callihan notes that “art gives us the place and space to have these conversations.”

Of course, starting the conversation is just step one. As the day wound down and the kids put the final touches on their collages, the real hope was that they actually becomecivically engaged. So, in parting, each family walked away with a thick Family Guide to Active Citizenship developed by Aadland from Doing Good Together, with resources and tools to connect families with volunteer opportunities (you can find many of them on DGT’s website).

There was a real interest in what it means to be an active engaged member of your community, says Callihan. “If these kids are our future, I think we’re in good hands.”