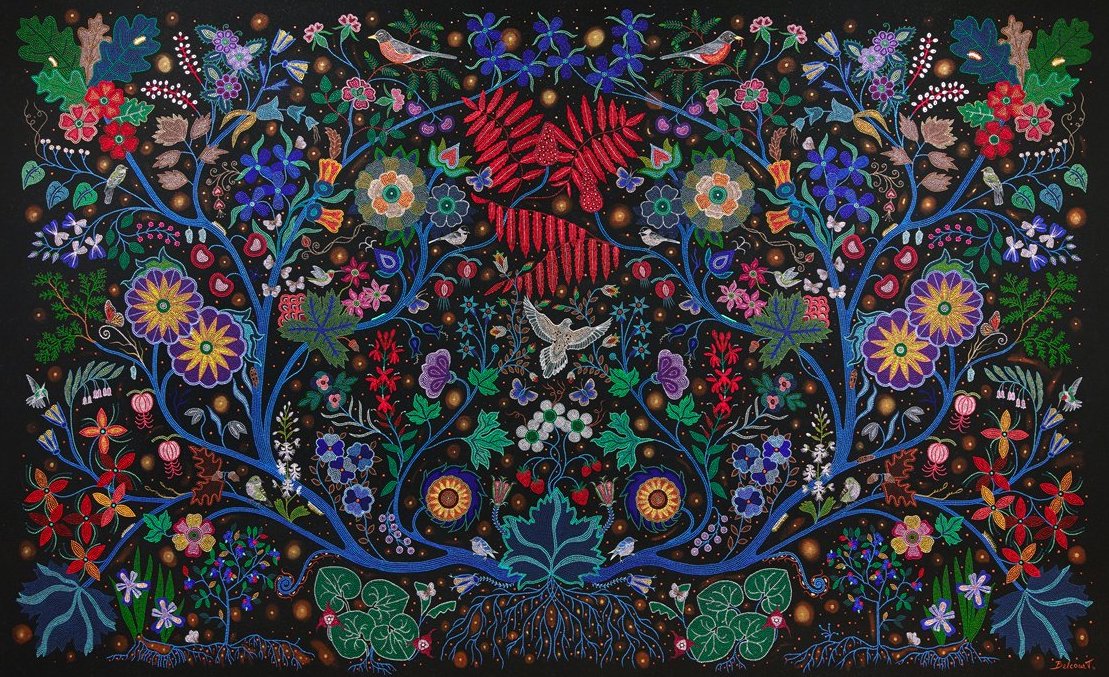 When “Hearts of Our People: Native Women Artists” opens at Mia on June 2, it will be the largest exhibition of work by Native women artists ever assembled. It features objects made by 115 artists over a thousand years. It was a long time coming.

I am the co-curator of the exhibition, along with Jill Ahlberg Yohe, Mia’s Associate Curator of Native American Art. I am an enrolled Kiowa currently living in Santa Fe, New Mexico. My family allotments are in the Hog Creek area around Anadarko, Oklahoma. My grandmother is/was Suzy Ataumbi Big Eagle and we are descendants of Two Hatchet. My mother is/was Jeri Ah-be-hill, and she raised my sister (Keri Ataumbi) and I among the Eastern Shoshone in Fort Washakie, Wyoming, on the Wind River Reservation. My mother had a trading post on that reservation for over 20 years and once she divorced my dad, a non-Indian, we moved to Santa Fe and she started over, selling Native American art from up north to a tourist audience visiting the Southwest. 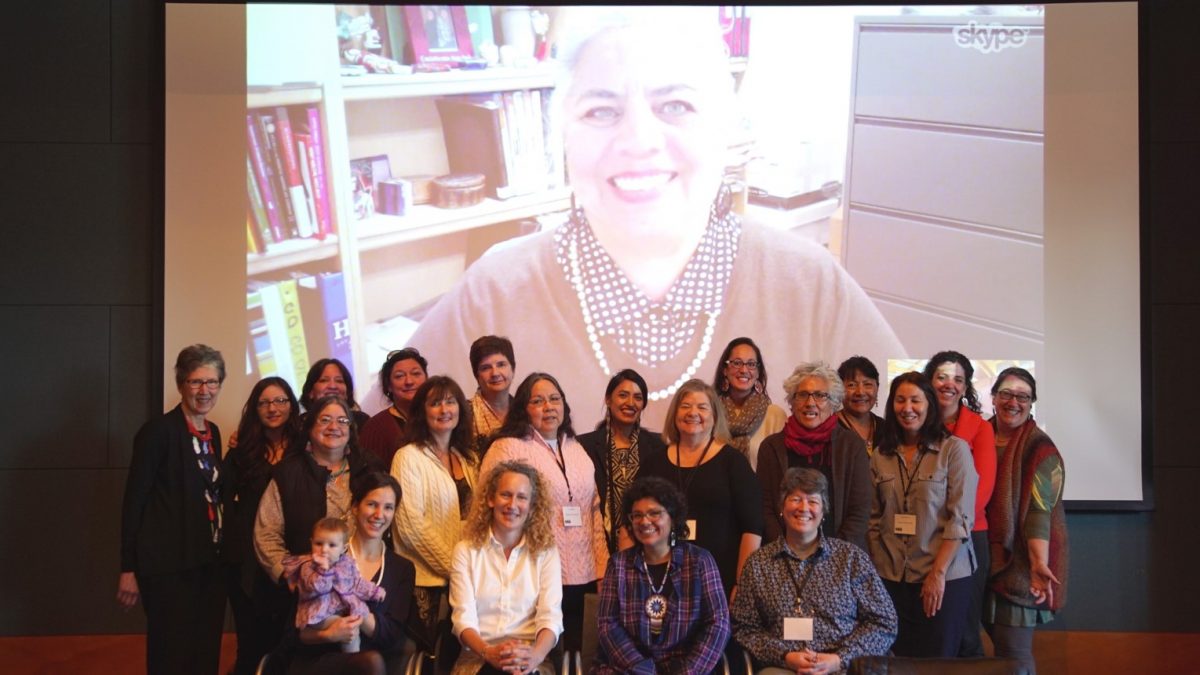 When Jill approached me about the exhibition, around five years ago, the very first thing I requested was a large advisory board. I am aware that I have no rights to talk about other tribes’ things—I barely have any rights to speak of Kiowa things, as I am not an elder. And I know that the white-man world does not see things the way Native people do, so it was very important to me that we assemble as many women advisors from around North America as we could.

Jill agreed, and worked hard to get nearly two dozen Native women to sign on (their names and affiliations are below), along with a few non-Native advisors. While certainly not representative of all Native Nations, they are respected artists and academics from their communities. We asked for their help throughout the entire exhibition process—not just once during a meeting at the museum—and they very generously shared their knowledge. They helped us develop our themes at that first big meeting, and once Jill and I made it into a tighter outline, we emailed it back to all of them for their input. We asked them for the most important women artists or pieces of works that they knew about—the works they felt should be included—and we included them.

Mia’s research assistant Dakota Hoska created massive Dropbox folders with images of everything we saw on the road while looking at possible works to include, and we sent links to these images to our advisors, so they could offer their input on them. Once we developed a checklist—a summary of all the objects we wanted to include—we sent this to the advisors as well, and they helped us understand where we had over-represented or under-represented some works, peoples, time periods, and mediums.

We also called upon these women to write essays in the catalogue for the exhibit, so that multiple Native voices could be heard from different Native perspectives. Finally, we invited all of our advisors to come to Minneapolis for the opening, and to speak on panel discussions about the exhibition. “Hearts of Our People” would not exist without all of these women’s voices. 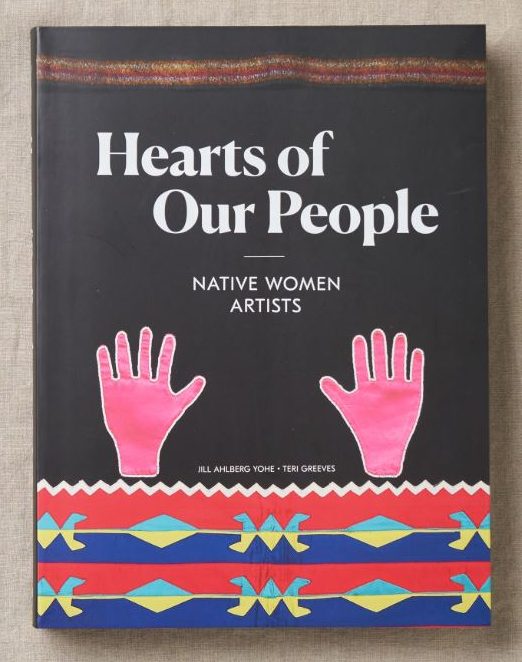 The catalogue for the “Hearts of Our People” exhibition.

In this exhibit, we wanted to honor all of the Native women—past, present, and future—who have created our worlds. It is a tall task, and I’m sure there are things we could have done better or differently. We also did not walk into this exhibition with the idea that it was going to be a definitive or complete “study” of Native women’s art. That would be impossible. But we are hoping that it will start conversations, and by having a larger presence in the fine arts world through the venue of the Minneapolis Institute of Art, the influence of all of our Native women on the canons of American Art will not be ignored anymore.With that said, as a traditionally minded person, I know that our women do not need the validation of the “Western art world” to continue to create those worlds for which we, as Native people, were born for. It is my prayer, however, to get the rest of the world to understand the power of creation that we know and feel from our grandmothers, mothers, aunties, and sisters.

Thank you to the Native Exhibition Advisory Board formed in 2015 to consult on the creation of “Hearts of Our People.” They include:

Teri Greeves is an enrolled Kiowa and beadworker living in Sante Fe, New Mexico. She is the co-curator of "Hearts of Our People: Native Women Artists."