When the Minneapolis Institute of Art began planning its February Open House, it knew it would need some help. Mia began hosting Open Houses last year, on Friday nights, when the museum can welcome its community, families, and friends for an evening of free programs. The February event would celebrate Black History Month with music, food, and art-making.

Jarrett Campbell offered to volunteer—and to bring others along. Campbell is a Financial Center Manager with Bank of America in the Twin Cities. Soon after he joined the company three years ago, Campbell became deeply involved in the bank’s volunteer programing, joining team volunteer activities and leading Financial Literacy trainings for students. This year, he helped launch a local chapter of Bank of America’s Employee Network, The Black Professionals Group, and he’s always on the lookout for opportunities to get the group involved in the community. The February Open House celebrating Black History Month seemed like a natural fit. 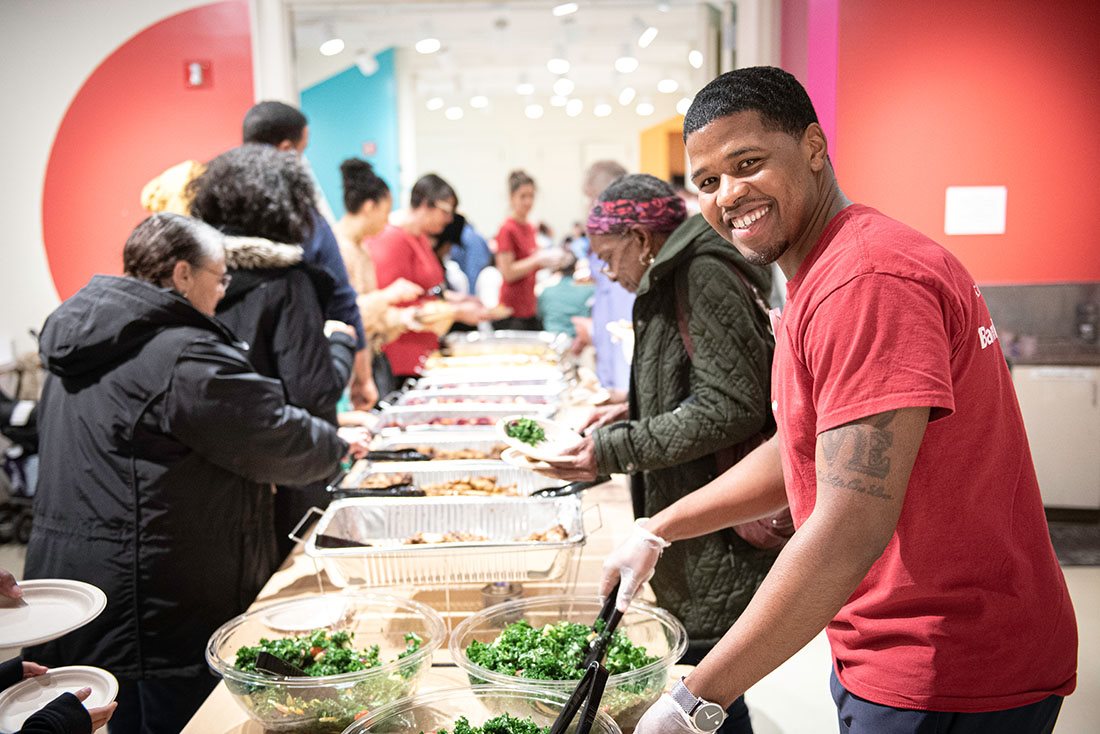 More than a dozen Bank of America volunteers showed up. They directed people to the various activities, worked a hospitality table and a photo booth inspired by a recently acquired photograph by Mickalene Thomas, and had a chance to take in a performance by the Grammy-winning Sounds of Blackness as the group processed through the galleries.

“We had a great and unique opportunity to experience art through the story of black history,” Campbell says. “It was an amazing night that Mia put together, in a multitude of ways.”

Bank of America, which is headquartered in Charlotte, North Carolina, began opening retail branches in the Twin Cities in 2015. It now has some 450 employees in the area, and under the bank’s acclaimed volunteer policy they can all serve up to two hours a week and get paid for it. In fact, the policy is a cornerstone of BofA’s social responsibility efforts, and has helped it make Fortune magazine’s list of Best Workplaces for Giving Back.

Over the years, BofA volunteers have helped Mia with its Family Days program that is sponsored by Bank of America, and with the popular Rock the Cradle event hosted every spring at Mia. The bank has also sponsored art conservation at Mia and exhibitions such as “Hearts of Our People,” the first major show of art by Native women, helping Mia bring more art to more people.

“The bank has a longstanding commitment to the arts,” says Karen Trouba, the Twin Cities Market Manager for Bank of America. “As we were coming into this market a few years ago, we found a natural connection with Mia. We really look at this as a partnership—what we care about and what Mia cares about is making art accessible to everyone. So how do we do that in a creative way using all the resources available to us?” 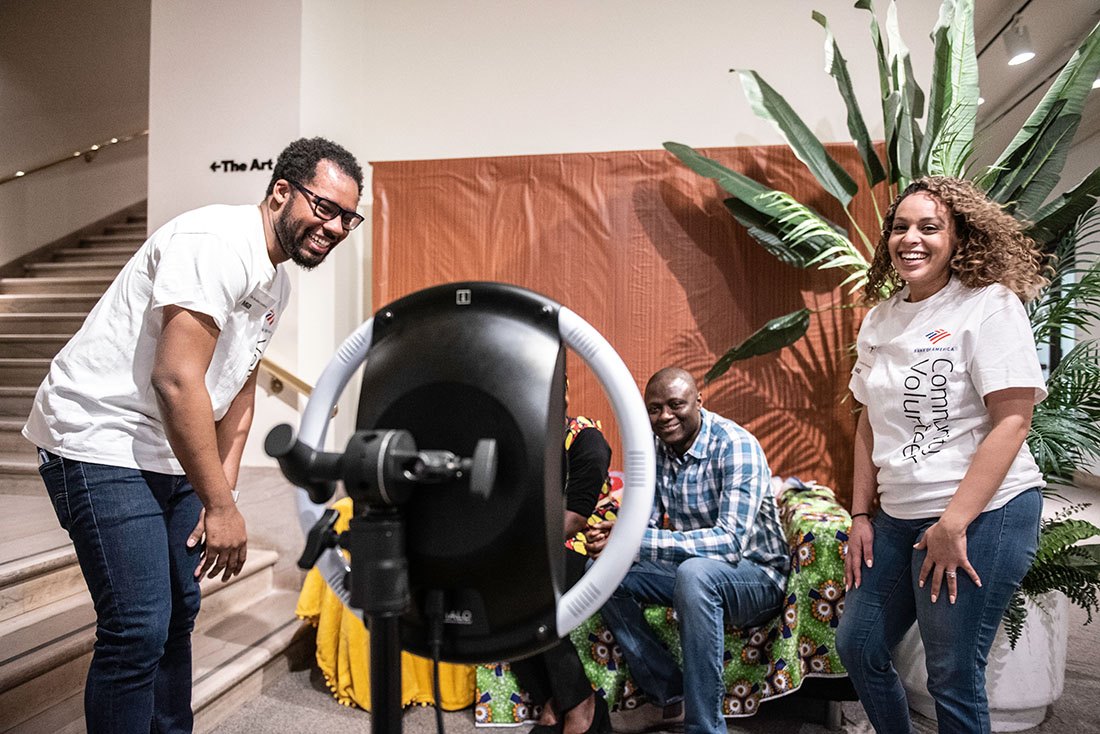 Jenny Rydeen, Mia’s visitor experience manager, coordinates the museum’s volunteers and says that as visitors’ needs have evolved so has the museum’s need for help. “The types of programming and events that we host are changing,” she says, “and we need volunteers who are interested in trying out different roles.”

“Bank of America has come alongside us,” says Rydeen, “and their willingness to try out new ways of supporting and engaging visitors is so valuable. It really is a partnership. And we’ll usually do something fun for them, too.”

Two years ago, the bank granted funds to conserve one of the museum’s modern masterworks, a large painting by Frank Stella called Tahkt-I Sulayman Variation II, made in 1969. Now, when BofA volunteers arrive for duty at Mia, they’re usually treated to a special tour of the work.

Campbell already feels at home at Mia, and, having volunteered at the February Open House, multiple Family Day events, and helping the museum prepare for Rock the Cradle, he’s ready for whatever comes next. “I’ve always been into music, whether it’s jazz or R&B, since I was in choir in sixth grade,” he says. “Now I’m starting to engage with different aspects of art, and look forward to getting my family engaged, too.”