Of women, by women: Looking at femininity through the eyes of female artists

Walking around Mia, like most museums, you see a lot of women framed on the walls and formed out of marble. Most of these images of women, however, were made by men. It’s no surprise—the historic disparity between men and women in the arts is well-documented if not well-addressed. But it’s important to consider the ramifications: When men are behind most of the depictions of women, have they literally constructed the female standard of beauty? Have they distorted the meaning of femininity in the process?

Minority women are even less likely to have constructed their own images. A recent study of 18 major museums in the United States found that 85 percent of artists in their collections were white and 87 percent were male. Diversifying Mia’s collection is currently one of the museum’s top priorities. With that mission in mind, as well as Women’s History Month, here are six impressive pieces from Mia’s collection that showcase both female subjects and female artists. 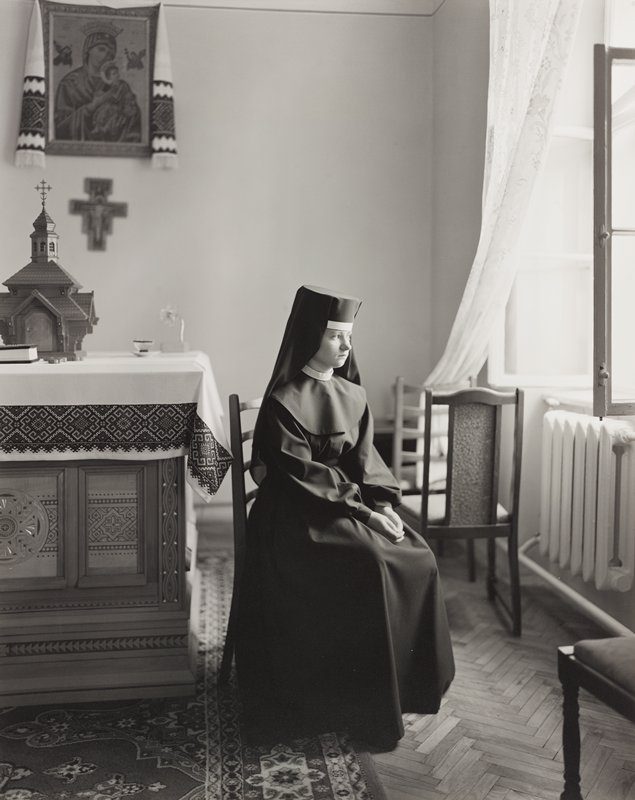 Minneapolis College of Art and Design professor Katherine Turczan captured the pious isolation of a young Orthodox Christian nun in Lviv, Ukraine. The nun’s childlike face contrasts with her rigid posture, conservative habit, and serious expression to identify a level of restraint unusual for her age. Facing an open window with her back to the altar, the nun may be reflecting on her separation from the rest of the world. A windblown curtain contrasts with the stillness of the convent to highlight the continuation of life outside. Philanthropist Harry Drake’s bequest to Mia included several of Turczan’s photographs and this one is currently on view in G103 as a part of “Harry Drake: A Legacy in Photography.” 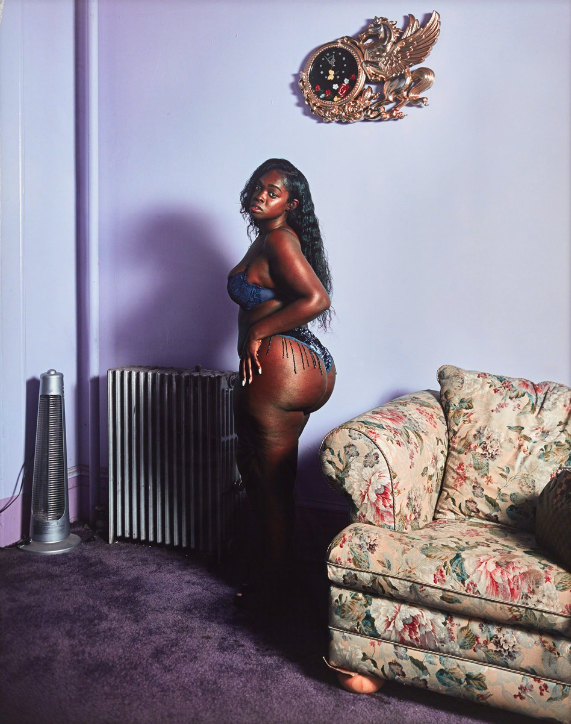 Deana Lawson reinvisioned royalty and rejected the whitewashed standard of beauty with this powerful image. Lawson identified the model as a representation of “Mitochondrial Eve,” mother of humanity, and effectively modified the embodiment of femininity. Purple, a color historically associated with nobility, covers the walls and floor to recognize her significance despite past and present oppression of black women. “With a history of certain voices not being included in the history of art, I think it is time to claim that space, to have bodies who might not have been celebrated within the institution,” Lawson told TIME magazine in 2017. Eternity is currently on view in G374 as part of the exhibition “Mapping Black Identities.” 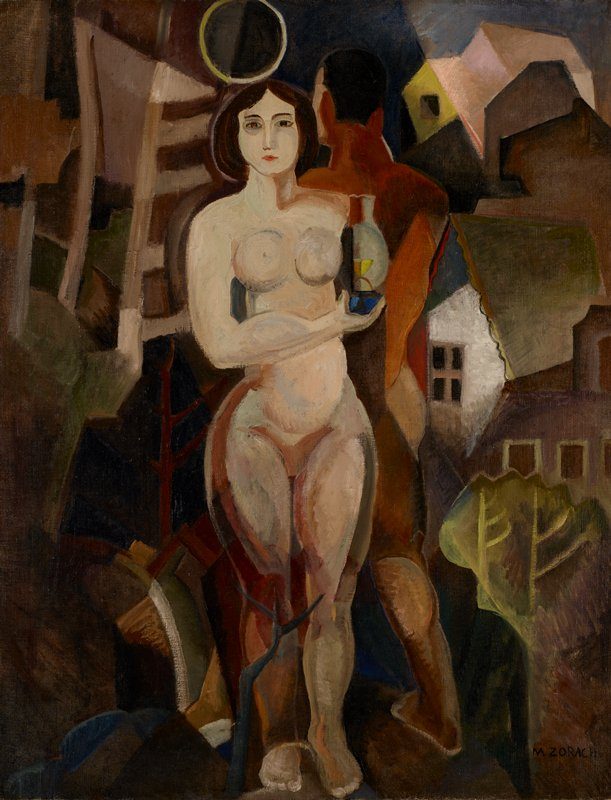 A leading figure in American modernism, Marguerite Thompson Zorach once said that “an art intent on expressing the inner spirit of persons and things will inevitably stray from the outer conventions of color and form.” Basking in the light of a lamp she is holding, a female nude that resembles Zorach is the central focus of her piece, Two Nudes. The female body is muscular and the woman meets the viewer’s gaze with an unabashed stare. Looking closer, pairs of opposites emerge throughout the piece. Man/woman, village/forest, dark/light, and artificial lamp/celestial sun establish balance. Her fellow artist and husband, William, may be the second nude in the image. Zorach’s success in a highly competitive field is impressive in its own right but it’s important to note that she had to overcome the added barriers of being a woman in the early 20th century work environment. Two Nudes is on view in G377.

Rebecca Belmore, a member of the Anishinaabe Nation, used the body to highlight the intergenerational trauma plaguing First Nations people. While the model’s pose mimics an odalisque in 19th century European art, a deep scar crosses her bare back in special effects makeup. Considering the historically erotic connotation of this pose, Belmore comments specifically on the disproportionate amount of sexual violence against First Nations women. Small red beads drip out of the reopened scar to represent blood and reflect traditional indigenous beadwork. The original cut was inflicted on the ancestors of today’s indigenous people but it never fully healed, so it was passed down and occasionally reopens. Learn more about Fringe here and see it in Mia’s upcoming exhibition, “Hearts of Our People: Native Women Artists,” opening June 2. 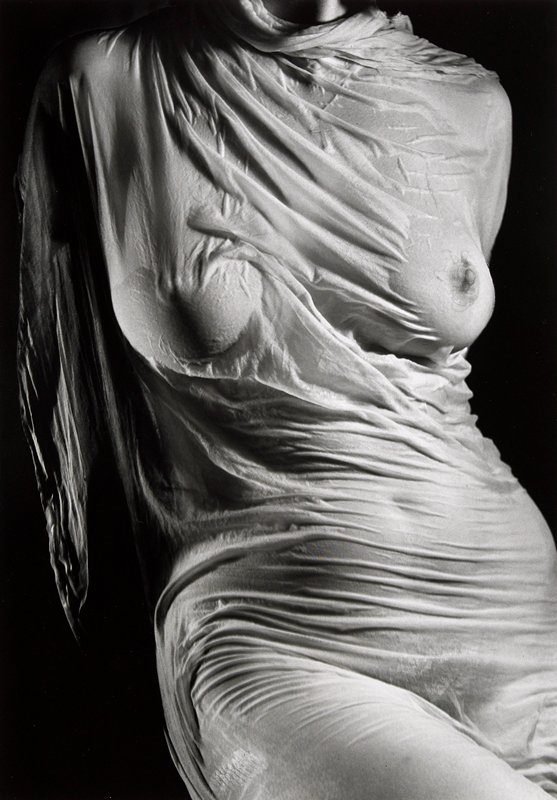 Ruth Bernhard evokes the cloth stylings of ancient Greek sculpture to give the female torso an ethereal appearance in “Wet Silk.” Switching between revealing and concealing, the fine material generates a sensual impression. Bernhard highlights both the beauty and the strength of the female figure in this bold yet distantly familiar image. Likening a real female body to statues of goddesses, Bernhard points out the divine within the human. Wet Silk is currently on display in G365 as a part of “Sara VanDerBeek: Women & Museums.”

For this startling self-portrait, Joan Brown reimagined two photographs from her childhood. Using bold colors and strong lines, Brown brought to life a Chinese dragon from a black and white book that she owned. The dragon overwhelms an otherwise innocent image of a young Brown to provide a glimpse into her vivid imagination. Parts of the dragon are visible on the reflective floor to suggest a depth of thought beyond what is typically attributed to an adolescent girl. This recent acquisition is on display in G280.