Our daily bread: The art of the ultimate comfort food

I grew up on Butternut, the spongy white sandwich stuff that’s as far from artisanal bread as Tang (which I also grew up with) is from fresh-squeezed orange juice.

So why did I just spend good hard cash to order flour from a local mill (thanks, Sunrise Flour Mill)? And why does Mia’s content strategist, Alex Bortolot, share more pics of his sourdough starter than of his new kitten? And why does the Instagram feed of my Brooklyn-based, takeout-loving stepson now serve up so many lovely loaves?

For Jeff Hertzberg, M.D., author of multiple books on bread baking, including The New Artisan Bread in Five Minutes a Day (2013), the answer is simple. 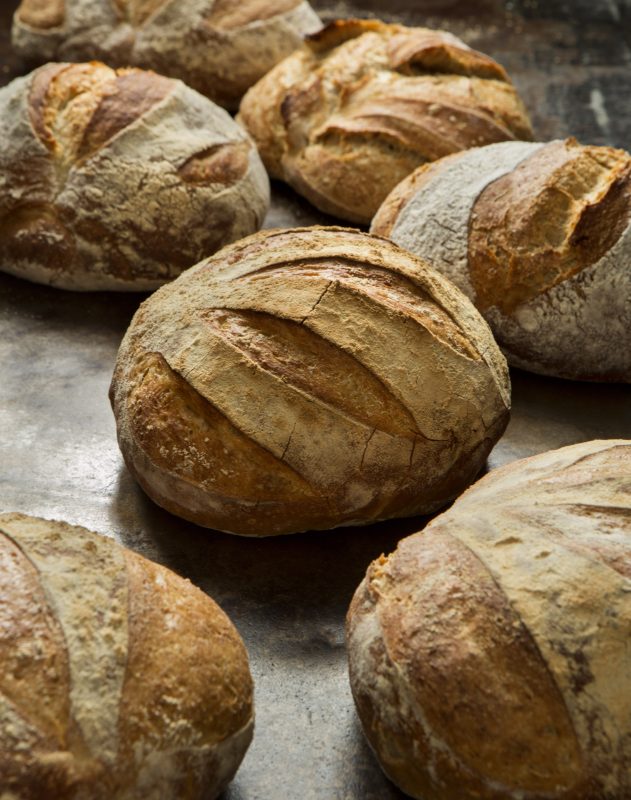 The cold-weather timing of the pandemic is another factor. “The other reason is this disaster happened in the winter, when everyone is home and bored,” he says. “It’s a perfect fit.”

Homemade bread is now a Covid-19–era cliché. Still, when 10 days can pass between grocery-store trips, and with local bakeries under state lockdown, a warm loaf is a welcome distraction, indulgence, and nutrient.

Hertzberg, who is married to Mia editor Laura Silver, describes himself as a “medical data guy.” During his medical residency in Minneapolis, he would return to an apartment warmed by the yeasty aroma of baking bread.

“Laura taught me the traditional method,” he says. “I couldn’t believe how cool it was. For me, baking is the alternative to the life I chose, in science and data. I found this hobby, then subtracted all these labor-intensive steps.”

His pared-back baking method is documented in seven books, co-authored with Minneapolis-based pastry chef Zoë François. He reports that, since the pandemic began, visits to the duo’s baking website, artisanbreadinfive.com, have quadrupled; their flagship title sold out on Amazon.

Two still lifes with bread, from Mia’s collection. At left, a photograph by Nata Piaskowski, 1949. At right, a painting by Jean Metzinger, 1921.

Mia’s collections hold photographs and paintings a plenty featuring bread. I asked Robert Cozzolino, Patrick and Aimee Butler Curator of Paintings at Mia, why bread was a popular art subject.

“I think artists depict bread because it represents bounty, comfort.” What’s more, he says, bread taps into “memories, senses, and feelings. And we all know what fresh-baked bread smells like—it’s delightful and there’s nothing quite like breaking off a piece while it is still warm enough to melt the butter you spread onto it. Yum.” 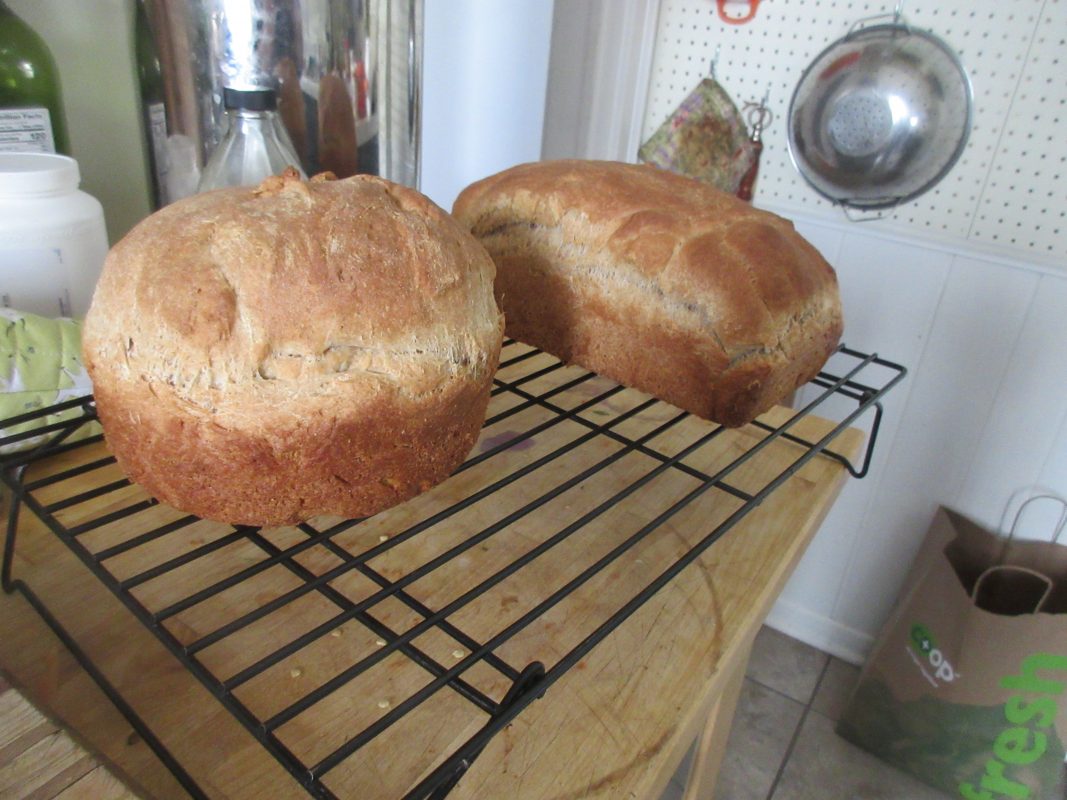 Loaves of bread made by Mia curator Bob Cozzolino.

A longtime baker, Bob knows batards from baguettes and boules. When the pandemic began, he met the run on flour and yeast with a “haarumpf.” Once he scored supplies again, his oven has been churning out “gluten-free and gluten-full bread and treats.”

For an art historical interpretation, Cozzolino also offers the religious symbolism of bread. “In Christian art, of course, it is the symbol of the Eucharist, the body of Christ that is symbolic of his sacrifice, life, and resurrection.”

Side note: Alex Bortolot, an art historian, has a theory about the origins of Claude Monet’s Grainstacks series, from which Mia’s Grainstack, Sun in the Mist (1891) comes. The artist’s interest in portraying grain coincided with the rise of the U.S. flour industry, centralized right here in Minneapolis. Serendipity? Bortolot thinks not. He posits that Monet’s agricultural subject, so evocative as the light shifts around their humped forms throughout the day, could also be a show of French nationalism.

My humble belief is that bread:
1. Is available, even for starving artists.
2. As a subject, doesn’t fidget or blink.
3. Like those still-life staples flowers and fruit, acts as a reminder of our mortality; bread, like us, molds and gets crusty.

For Hertzberg, bread, in art as in life, is an old-world-meets-modern-day metaphor for comfort and creativity.

“Cooking is a culinary art,” he says. “Having something like this in your life makes you a more creative problem solver.”

Rye, white, whole grain, gluten free—the variables are endless. “It’s wild, freeform,” he says. During the heat of summer, he hopes bakers try out his recipes for making bread on the grill or in the hot pot.

What advice does Hertzberg have for us dough newbies now?

“Improvise. If it doesn’t come out, guess what? You’ll have more tomorrow.”

Top image: Still Life by Pieter Claesz from 1643, in the collection of the Minneapolis Institute of Art.