Picturing childhood: Alec Soth on the quirky delights of photo books for kids

This past January, a new kind of photography show opened at Mia, in the Harrison Gallery. “Just Kids” is an exhibition of photographs of, by, and for kids, organized at Mia in partnership with middle and high school students. Nearly a dozen teens from Minneapolis and St. Paul collaborated with Casey Riley, curator of Photography and New Media, and other Mia staff to define the show’s seven sections, write label texts, and provide ideas for the exhibition design.

Behind the scenes, a number of artists and collectors generously provided support for the show, including Alec Soth, the Minnesota photographer, author, and educator whose daughter, Carmen Soth, created nine of the photographs featured in the exhibition. A longtime collector of photography books, Soth has also acquired a diverse array of children’s photo books, from the late 19th century to today, which are illustrated with photographs instead of the usual, well, illustrations. It was important to the show’s organizers to include photographic material created specifically for young audiences, and Soth kindly loaned a selection of these books for kids. Beautiful and uplifting, poignant and provocative, the books appear in three cases set throughout the exhibition at a height accessible to Mia’s youngest visitors. Riley recently spoke with Soth to learn more about them.

Riley: You have a wonderful collection of photo books for kids. Tell us a little bit about how you started collecting them.

Soth: I want to be a little careful about the word “collection,” particularly in the context of a prestigious museum. I’ve been acquiring photo books since I was in college. But I’ve never cared much about having mint condition or signed books. They’ve always been a resource for my own creative practice. In the pre-internet age, these books were the primary way to get access to a wide range of images. Over time I began to appreciate all of the elements: materials, graphic design, etc. I became particularly interested in the relationship between a book’s text and its photographs. More often than not, these two elements weren’t integrated at all. So many photobooks have wordy essays that few people actually read.

When thinking about the integration between text and image, the first thing that comes to mind are books for children—it’s seamless. Inspired by that, I began looking for photographically illustrated children’s books. They are oddballs in the universe of children’s literature, which made hunting for them all the more fun.

Some of the books in our exhibition are by celebrated photographers, like Eikoh Hosoe and Edward Steichen, but you have many others by artists/authors who aren’t as well known. Is there an underlying criteria for your collecting, or is it more idiosyncratic?

Photo books for kids are inherently quirky. For me, that’s their appeal. I like the fact that photos look dated much more quickly than illustrations. The more peculiar the better. Of course I’m drawn to great artistry. Eikoh Hosoe’s sumptuous depiction of a dog’s journey in Japan is irresistible. But I’m just as drawn to instructional books. I have books that help kids deal with divorce or the death of a grandparent. While there’s nothing particularly notable about the artistry, these books can be hold incredible power for kids.

You’ve emphasized the importance of storytelling in your work and often conceptualize new projects as potential publications or books. Were picture books (illustrated with photography or not) important to you as a kid? 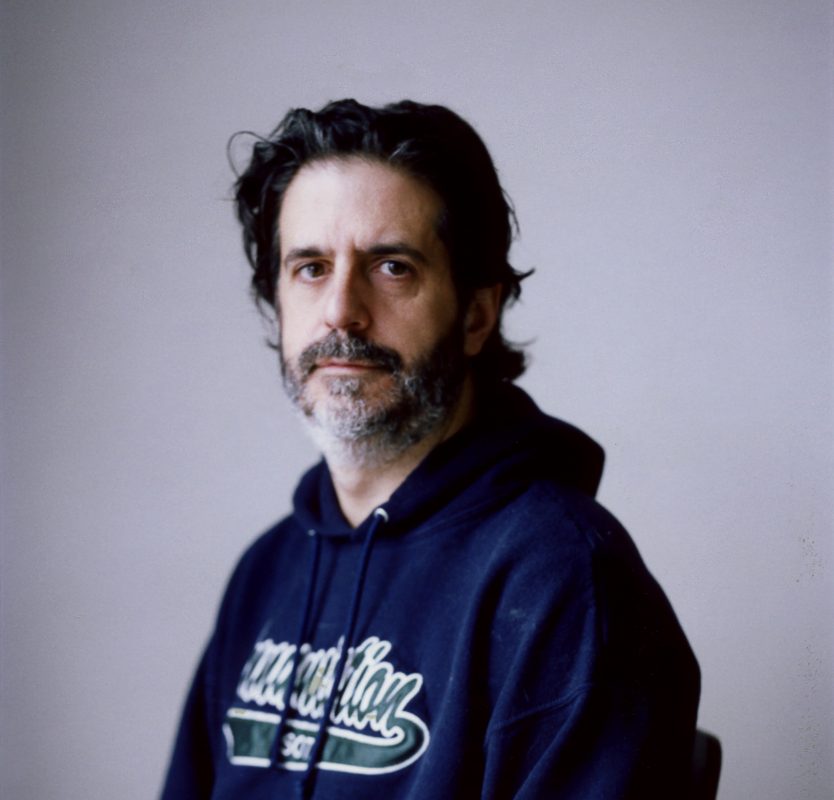 My appreciation of children’s books was conventional. That’s to say, they were part of my life—like TV and comic books. Coming from the world of photo books, which is quite a niche market, this is something I admire about children’s books—their omnipresence. The one I remember most as a child was The Monster at the End of This Book. The narrator, Grover from Sesame Street, breaks the third wall in a way that terrified and delighted me. I also loved the physicality of the book. It was published by Little Golden Books. I have such a fond memory of the hardness of the book covers along with their golden spine.

When I was in middle school, I made my own hand-drawn children’s book. I gave it as a gift to my little cousin. I don’t think I’ve ever felt so proud.

Lots of people coming through the show have discovered books—such as The Lonely Doll, or The Red Balloon—that fascinated them when they were young. Are any of the books you have now ones that you read as a child?

None of them! I don’t have a memory of any photographic children’s books. But I remember being hungry for photos. We had a big, hardcover “Best of Life Magazine” book that I would pore over.

We made a kind of random selection of books from your collection, but I wonder if you have any favorites in the group. Did we leave any real gems out of the show? What are you on the hunt for now? 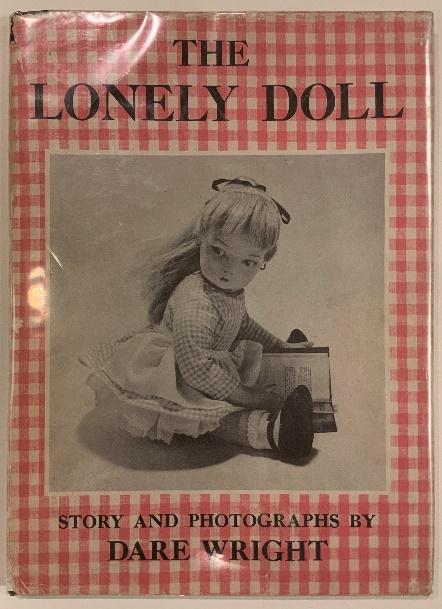 “The Lonely Doll,” first published in 1957, from the collection of Alec Soth.

There’s a reason that The Lonely Doll by Dare Wright is the most famous of these books. It’s so great, and so weird. But even weirder was her book Edith & Big Bad Bill: A Lonely Doll Story. I understand why it’s not in the exhibition—the image of a doll sadistically tied up to a tree on the cover is unnerving—but it’s perhaps the most memorable book in my entire collection. I also highly recommend the biography The Secret Life of the Lonely Doll: The Search for Dare Wright by Jean Nathan.

You’ve published books with and for kids, and you are a big supporter of photographic artists and educators who work with kids to produce books and magazines. Why is this work important to you?

I was an awkward introvert as a kid, but my high school art teacher saw that as creative potential. He opened a huge door for me and utterly changed my life. I feel an obligation to pay that forward, even if only in small ways.

In your newsletter, you have a section featuring photo books that are generally (but not necessarily) for adults.  Are there any contemporary photographers—of any age—who are making books for kids that you’d like to mention here?

The married couple Tamara Shopsin (illustrator) and Jason Fulford (photographer) have collaborated on several books for children. One of them uses photographs, the others use illustration. They are all inventive and utterly delightful.

Top image: A scene from The Lonely Doll, written by Dare Wright and illustrated with her photographs.