The Minneapolis Institute of Art is one of my favourite museums on either side of the Atlantic. I live in London, which is not short of galleries, but if Mia were there I would visit regularly. I have come to know and love the museum, over many years visiting my Midwestern relatives. A few years ago, I was honoured to present an evening celebrating the arrival at Mia of a tapestry by Norway’s greatest abstract artist, Jan Groth. This began a conversation with the wonderful team at the museum, particularly Nicole LaBouff (Mia’s Associate Curator of Textiles). At the beginning of 2020, Nicole was planning “Révolution à la Mode: Fashion and Music in Revolutionary France,” the exhibition opening September 10 at Mia, and we began to discuss the possibility of working with a collection of French songs printed between 1790 and 1791 in the Parisian fashion magazine le Journal de la Mode et du Goût, ou amusements du salon et de la toilette. A spark was struck. 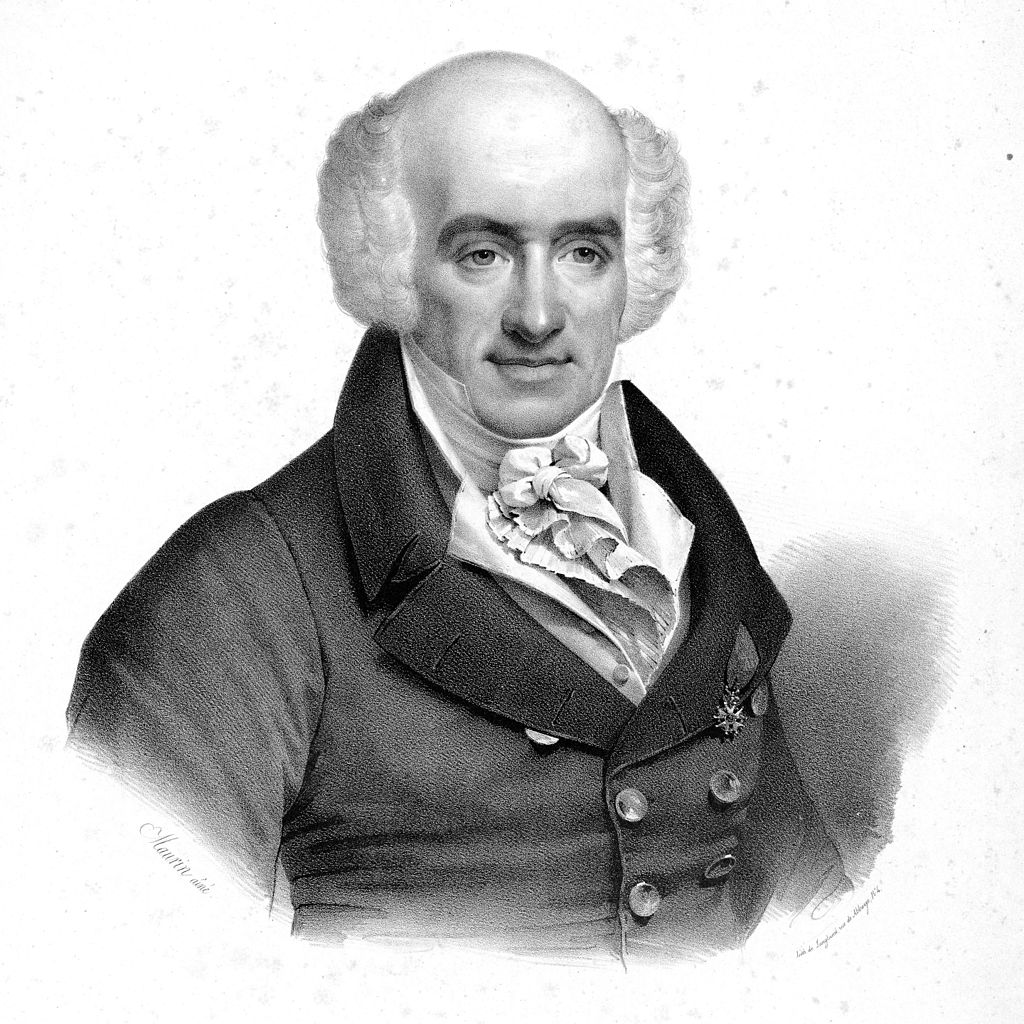 The music and culture of the years of revolution have always been important to me. As a violinist, I revere the Italian-born violin virtuoso Giovanni Battista Viotti (1755­–1824), who dominated French music-making in the years following his 1780 Paris debut. Soon after his arrival, Viotti became Queen Marie Antoinette’s private violinist. His work founded the school of violin teaching that dominates to this day: by way of illustration, Viotti taught Pierre Baillot, who taught Jean-Pierre Maurin, who taught Lucien Capet, who taught Louis Krasner…who taught me. Mozart admired him so much that he arranged one of his concertos. The Royal Academy of Music, in London, where I am the Viotti Lecturer, proudly exhibits his 1709 Stradivari violin in its museum.

In January 1789, Viotti and Léonard-Alexis Autié (Marie-Antoinette’s hairdresser) established a new opera company in La salle des Machines, the 17th-century theatre in the Tuileries Palace. They called it the Théâtre de Monsieur, and King Louis XVI awarded them the “privilege” to play French and Italian comic opera. Many of the songs published in the Journal de la Mode et du Goût were salon versions of arias concurrently on the stage of the Théâtre de Monsieur. Indeed, many were directed by Viotti himself.

My fascination with the music and culture of this Revolutionary Age has always gravitated towards the idea of the salon. The salon was where music, fashion, gossip, and poetry met—where arts and culture were celebrated, ideas could be discussed, fashion tips swapped, and popular songs from the new shows played and learned. After the spark of rebellion flamed up in July 1789, successive waves of emigrés—initially nobles—arrived in London, joined in 1790 by Viotti himself, whose association with the Queen had become too dangerous. This flood of exiles ensured that the increasingly francophone salons of new-built London suburbs, such as Marylebone, mirrored those back in Paris. These milieux were dominated by extraordinary women, such as the painter-composer Elizabeth Vigée-le Brun, who might be found painting, wearing one of her fabulous hats or turbans, whilst her dearest friend Viotti played the violin. 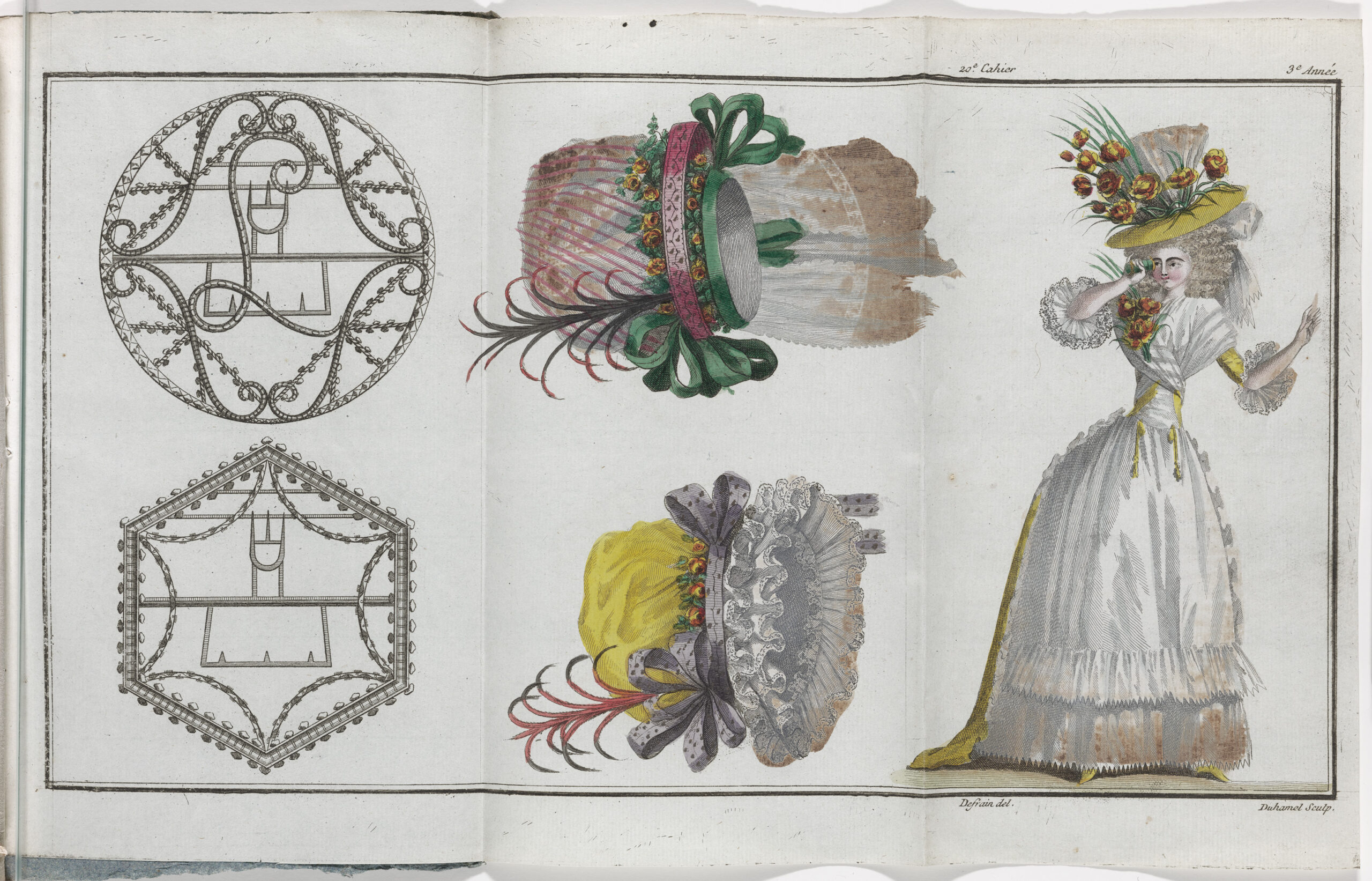 Salon culture was up-to-the minute. This is clear in the editions of le Journal de la Mode et du Goût, ou amusements du salon et de la toilette on show in “Révolution à la Mode.” Coloured engravings illustrate the latest advice on what to wear—in concert, as it were, with the latest arias and songs from the newest plays and operas, including those heard at the Théâtre de Monsieur. These were presented in chamber form, their orchestrations reduced to a simple keyboard part, suitable for harpsichord or piano, but often retaining the expressive virtuosity of the operatic vocal material.

But Le Journal offered something more, and, for me, an exciting new insight: along with what to wear and what to play/sing, the magazine advised how to wear the latest couture, and how to sing and play the songs. This might sound like a tiny distinction, but I had never thought of this parallel between, essentially, accessorizing and interpretation.

A year into my conversations and explorations with Nicole, we were joined—thanks to the now-universal magic of Zoom—by the historian and musicologist Rebecca Geoffrey-Schwinden. Her book From Servant to Savant: Musical Privilege, Property, and the French Revolution was published in the middle of preparations for this project, and it illuminated my understanding of music and society considerably. What a privilege to have her ideas and deep understanding driving our shared explorations. 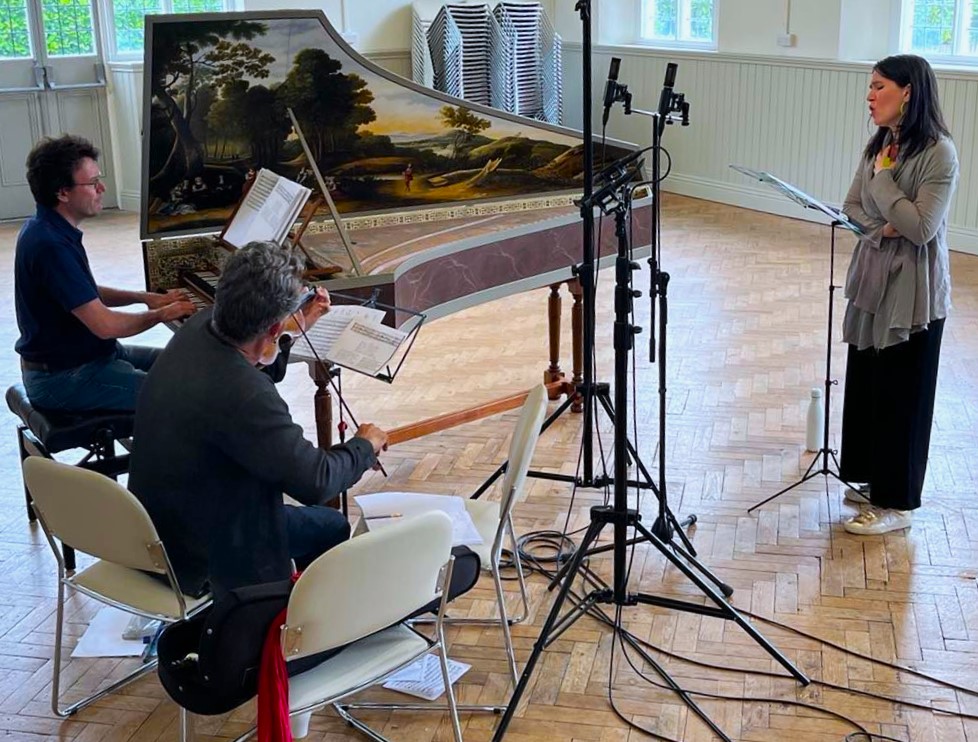 But the greatest treat for me, of this whole project, has been the excitement and inspiration of the music itself. I was blessed to work with two extraordinary colleagues. The virtuoso harpsichordist and conductor Julian Perkins has been a fellow musical traveller with me for many years. At the heart of our collaboration has always been the idea of improvisation. For most of its history, what we now call “classical music” has been an extemporizing discipline. By the end of the 19th century, this had ossified somewhat—the precise execution (and “interpretation”) of what was written on the page became a primary objective of performers.

A century earlier, the musicians of the revolutionary age regarded the written notes as just a jumping-off-point. Julian is the perfect collaborator in a creative exploration that can reach back to this practice, and he introduced me to the fantastic young French soprano Héloise Bernard. Her creativity and insights into the special lyricism of these pieces brought illumination to the collaboration. It is fair to say that our rehearsals, and the subsequent recording sessions, became salons in and of themselves. From the very first notes that we played and sung, we were charmed by the evocative beauty of the songs from the journal, and how they evolved as we rehearsed and talked.

One of the most important questions for us was the choice of instruments for the recording of the songs. Julian found a wonderful Alan Gotto copy of a 1711 harpsichord by Pierre Donzelague—exactly the kind of instrument found in a Parisian salon at the end of the century. The rich colours of this instrument demanded a great violin: I chose a beautiful instrument by Girolamo Amati, made in Cremona in 1629. In 18th century Paris, the primacy of the great Cremonese violins was established in the hands of Viotti and his disciples.

The recordings took place July 4, 2022, in Hastoe Village Hall, in Hertfordshire, a rural setting about an hour northwest of London. Skylarks crowded the blue skies outside. The words of “Pauvre Jacques,” which we recorded that day, seemed particularly appropriate:

T’en souviens-tu tous les jours étaient beaux/Qui nous rendra ce tems prospère’. Do you remember all the beautiful days when we made the time prosper?

I am so excited to see this exhibition in situ, along with the music, this autumn. On October 18th, I will present salon performances in the museum. I will bring music written by the violinists who worked and played in the theatres and salons that ‘‘Révolution à la Mode’’ celebrates. I look forward to seeing you there!

Peter Sheppard Skærved is an internationally acclaimed violinist based in London, where he is a fellow at the Royal Academy of Music. A Grammy-nominated recording artist, his contributions to more than 100 albums include the complete Tartini Solo Sonatas, 24 Telemann Fantasies, and cycles of Beethoven, Mozart, and Schubert sonatas. He is currently performing, filming, and recording on great instruments in the collections of the Library of Congress, Washington D.C.; the Ashmolean Museum, Oxford; and the Metropolitan Museum, New York. He has come to regard the Twin Cities as his second home—his father-in-law is Garrison Keillor—and he has spent his summers in Minnesota for many years. Learn more at www.peter-sheppard-skaerved.com.