Working in an art museum, you often see just as much art on the visitors’ skin as you do on the wall. I’ve always loved looking at tattoos as art, so I talked to local tattoo artist Emi Nijiya for this Pride Month blog post because they own Jackalope, an all non-binary, trans, or female-identifying artist tattoo studio in Minneapolis, which is still a rarity. In fact, a few days after this interview I got my first tattoo, and I had it done by a different artist I’ve long wanted a tattoo from at Jackalope, because I knew it would be a welcoming environment as a queer woman to get a tattoo. Emi is also well-known for doing gender-affirming tattoos, portraiture and realism, and color tests on people with darker skin. We discussed their thoughts on art, the museum, and creating inclusive spaces in the tattoo world.

KBA: I’ve seen you around the museum, so I know you’re a Mia visitor. What do you like about visiting Mia?

EN: I like a lot of things about it there. I like coming to a lot of the special exhibits that come into town. Especially during COVID times, it was a really nice thing because the protocols there were so nice that it was one of the few places I actually felt safe going to. I especially like going to the Asian exhibits and seeing different things—the last few times there have been new pieces there that I hadn’t seen before. It’s kind of neat to see the things that rotate through some of the regular exhibits that I’m used to seeing.

KBA: Do you have a favorite piece in the museum? 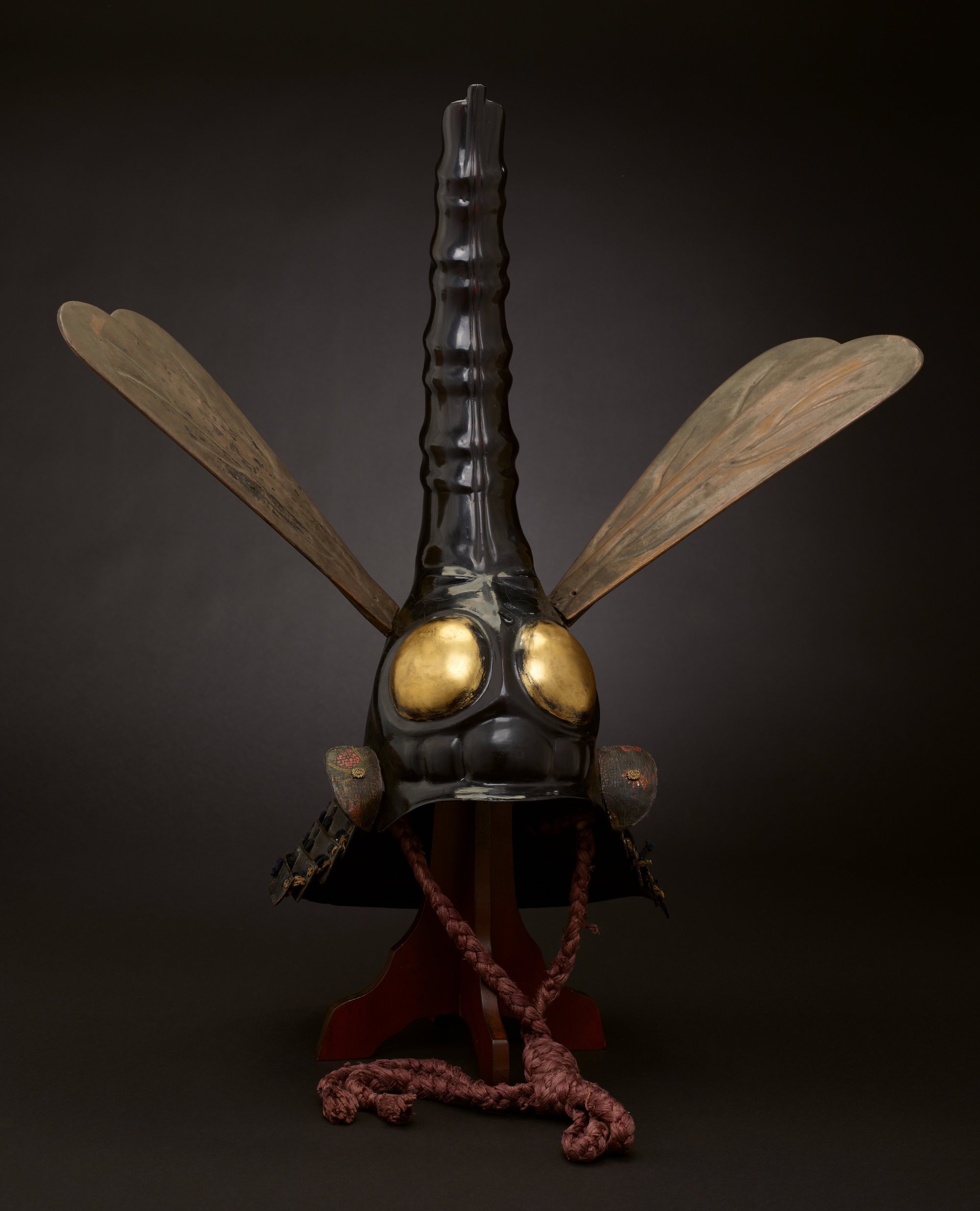 EN: Probably my favorite piece is one of the helmets. It’s like a dragonfly. I just think that is so cool. Being half-Japanese, I always like going over there to see the different Japanese art.

KBA: Your style tends toward realism. Why is that the style you enjoy tattooing, and how do you find inspiration?

EN: Realism art is what I’ve been drawn to since I was younger. When I started doing art, most of my art was trying to draw pictures of my friends in graphite pencil. I was always drawn to trying to look at things and recreate them as I see them. Through doing tattoos, I realized that was really the thing that I was best at because I’ve been doing it for most of my art life.

Inspiration-wise, it’s kind of all over the place. Still-life type of things are fun for me to get different perspectives on things. Figure drawing is a really fun challenge, and then visiting a lot of gardens and things like that are really fun for me too.

Going to the museum, it’s hard not to find inspiration. Looking at what other people create and being like, Oh, wow, I wish I could do something similar, or just looking at other people’s styles. Even looking at techniques of how people do things, I feel like every time I look at a piece of art, even if I’ve seen it a bunch of times, I notice something else about it.

KBA: Why is it important for you to have your tattoo shop, Jackalope, be all non-binary, trans, or female-identifying artists?

EN: Well, the tattoo industry is very far behind the times, even in regards to having non-cisgender male tattooers. When I first started, there were so few that I could have named every single one of them. Today, luckily, there’s more, but it’s still a wildly cisgender heterosexual male-dominated industry. Many people who don’t have penises in our industry have endured a lot of abuse in tattoo shops, verbal or physical—and that’s as artists or apprentices as well as clients. So having that safe space was really important for myself to feel safe working in the industry and for clients.

When we first opened in 2013, we were an all-female tattoo shop. At the time I wasn’t out as trans. We were the only one in the Midwest at that time. While it was cool to be like, “Yeah, we’re the only ones,” we shouldn’t have been able to say that, you know? I feel like we’re getting more of those spaces. We’re hopefully going to keep moving in that direction.

KBA: Another thing you’re pretty well known for is that you do gender-affirming tattoos like nipple tattoos, even making time for them when you’re fully booked. What draws you to that? 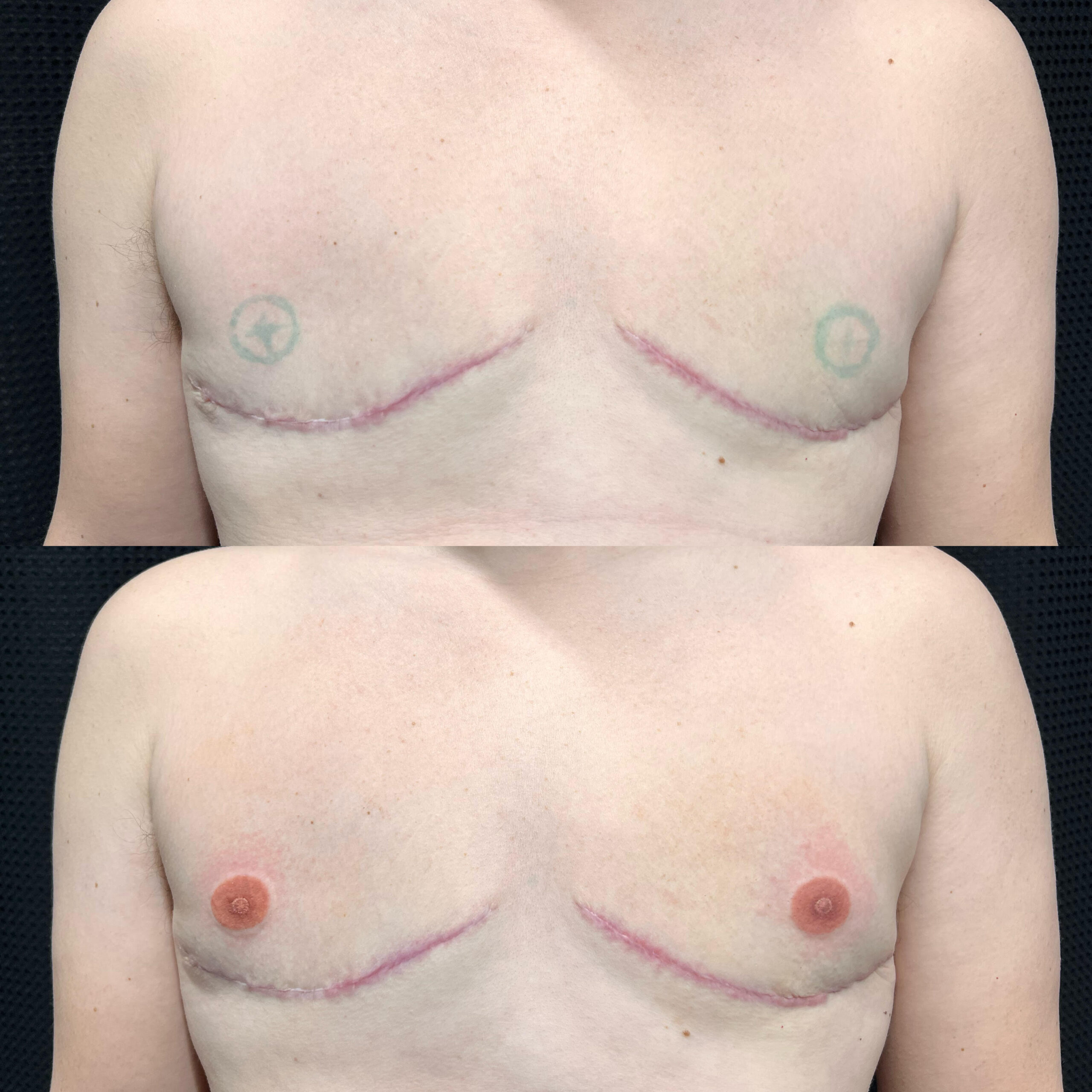 EN: Being a trans person with top surgery myself, I know how important that stuff is. And for me, I didn’t really realize it was something I could do until I started working with some double mastectomy clients where they knew I did realism and they’re like, “Is there any chance you can recreate nipples?” Then I’m just like, “Well, I mean, I can recreate a face, so probably.” [LAUGHS]

After coming into my own gender and going through some of that stuff, I realized I could also help my own community, which was super cool. The reason I make more time to do it, and stay late and such, is because for me this stuff isn’t like a regular tattoo—an extra that you get to have, like buying a piece of art, right? Doing nipple work and helping people with top surgery scars and hair tattoos—anything gender affirming—that to me is a necessity versus a luxury. So I try to make sure that’s accessible and isn’t something people have to wait for.

KBA:  Do a lot of people seek you out for gender-affirming tattoos?

EN: People fly across the country to come and do it. It’s one of those where I’m like, cool, that’s awesome. But also that sucks that there’s no one near you offering this, someplace where you feel safe. Most of the people offering this are geared toward double mastectomies while probably 95 percent of my clients are trans when it comes to doing that.

KBA: I know you do color tests for Black people and other people with darker skin. Can you tell me about your work on inclusion in that way?

EN: I spent years of my career falsely thinking color tattoos couldn’t be done on darker skin, because that’s literally what I was told in my apprenticeship. I didn’t realize that was a thing we could do until one of my friends was like, Hey, will you put this color on me? So we did. And I was like, Oh, imagine that, it’s actually not any different, it really is just racism that’s causing all of these beliefs.

I can’t remember what state they were in, but a different artist was offering color tests and I was like, Oh my God. Why don’t I do that? I got a few friends to come in, and then was able to expand from there. And again that’s a thing I can do outside my regular work hours, my way of being able to give back to a community with something I have the ability to do. 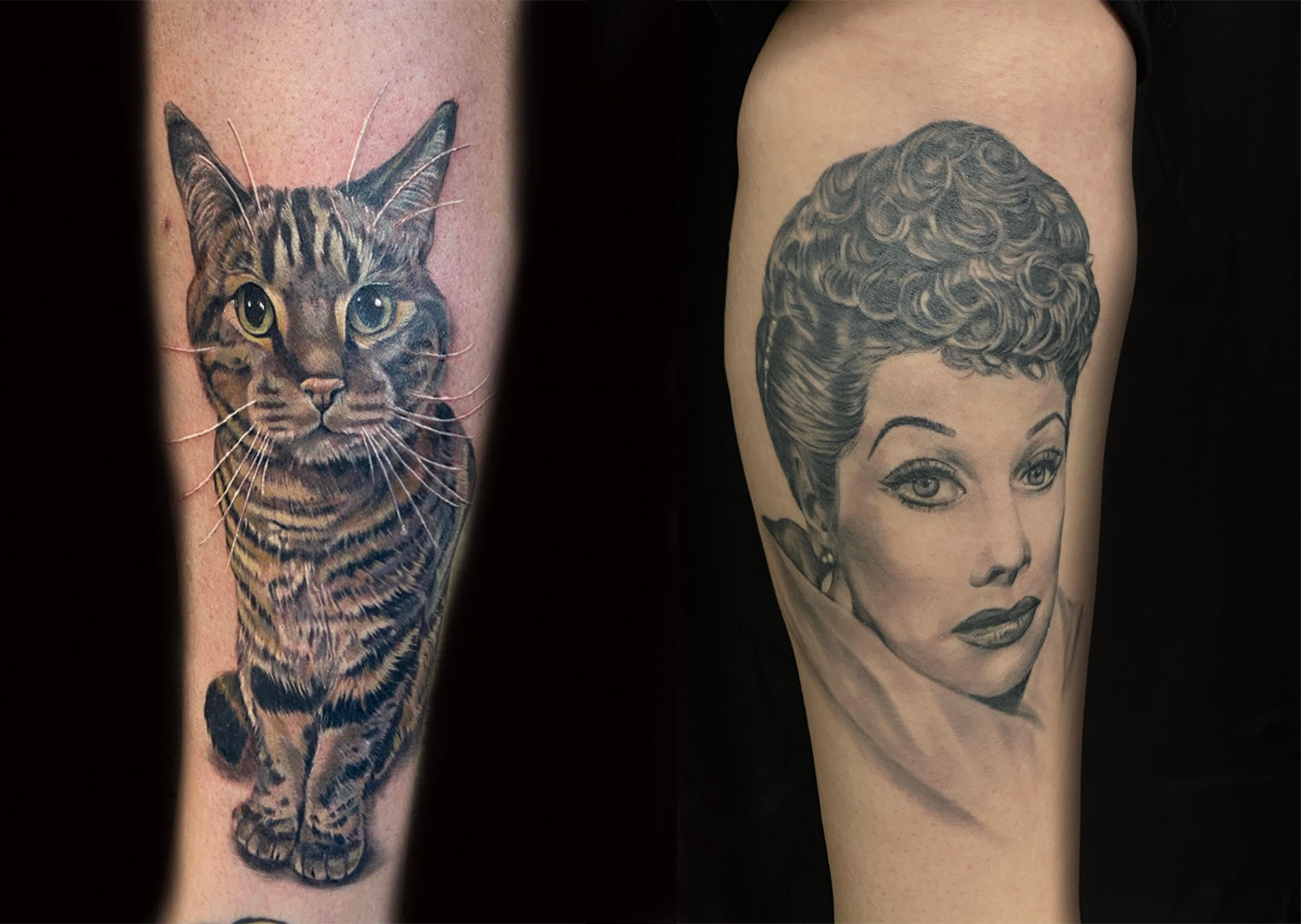 KBA: You’ve worked so hard to make Jackalope an inclusive space. When you’re at the museum, does it feel like an inclusive and welcoming space to you? Or are there some things you think the museum could improve on?

EN: I don’t feel like it’s not an inclusive space. But it’s not necessarily a place that I would be like, “Yeah, this place is super queer friendly” either. I think I’ve just always viewed it as like, Oh, art. Art people tend to be more open about stuff and less scary for me to be around, so I usually can do that.

Your main bathroom area is definitely not gender neutral. The first thing I see is men’s and women’s, and then I’m just like, “Oh, I don’t think there’s a bathroom here for me” until I’ve walked around and like, “Oh, I found one in this weird corner in this random exhibit.” It’d be cool if that existed in more spaces like the main areas, but it’s cool that you have them at all. And then, name tags with pronouns always feel more welcoming to me.

What if like during a Pride Month there was a full exhibit that was all queer artists, whether it be well-known artists or even opening it up to local applicants to have their art seen, so people can experience more types of queer art. I think you could easily fill a large exhibit with queer art.

EN: Oh, I love the MIA. I come whenever I get a chance.