The art of leaving: A major exhibition sheds light on the largest global movement in history

As long as there have been people, people have moved. Left home for someplace new, for better or for worse. But there have never been so many people on the move who would rather have stayed—who have been forcibly displaced—as there are today: nearly 70 million worldwide, according to an estimate from the United Nations High Commissioner for Refugees.

“When Home Won’t Let You Stay: Art and Migration” was organized by the Institute of Contemporary Art, in Boston, and opens February 23 at the Minneapolis Institute of Art. Through art made in the past 20 years, in more than a dozen countries, it explores what happens when people migrate and when they resettle. But most importantly, perhaps, it suggests why they leave home in the first place.

“When home won’t let you stay” is the 11th line of a poem called Home, by Warsan Shire. Shire was born in Kenya to Somali parents, and immigrated with her family to London when she was young. She was named the Young Poet Laureate for London in 2014, the city’s first. Now in her thirties, she writes of longing for a world she never knew and never will. The world of aunts and uncles and other relatives long displaced, a world that eventually turned and pushed them out. “No one leaves home,” Shire writes in the first line of the poem, “unless home is the mouth of a shark.” 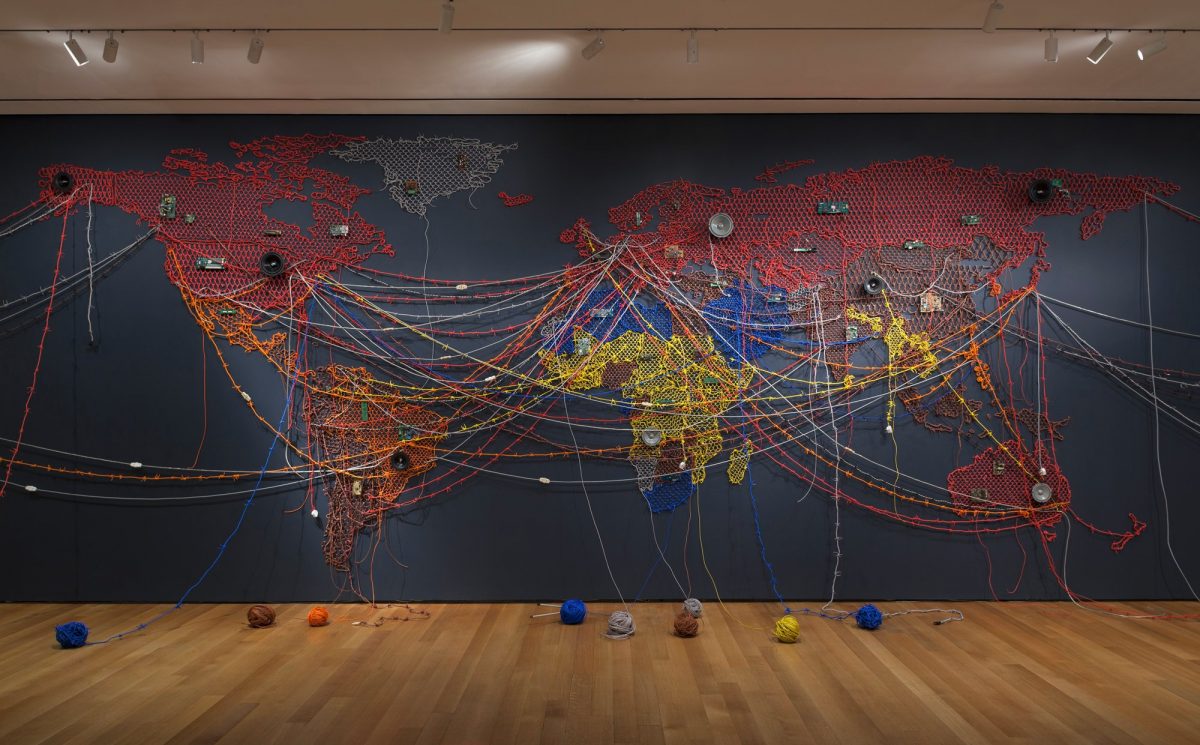 Several artists featured in the exhibition are immigrants themselves, such as Reena Saint Kallat, whose Woven Chronicle assemblage of electrical wires stretched across continents suggests the everyday movement of people, goods, and cultures. Based in Mumbai, she has talked about the inaccessibility of what she used to call home, “a place that I’m supposed to be a part of but at this point in my life I don’t understand.” This link to the past becomes so urgent, she has said, “that you cannot actually exist in your present or your future.” 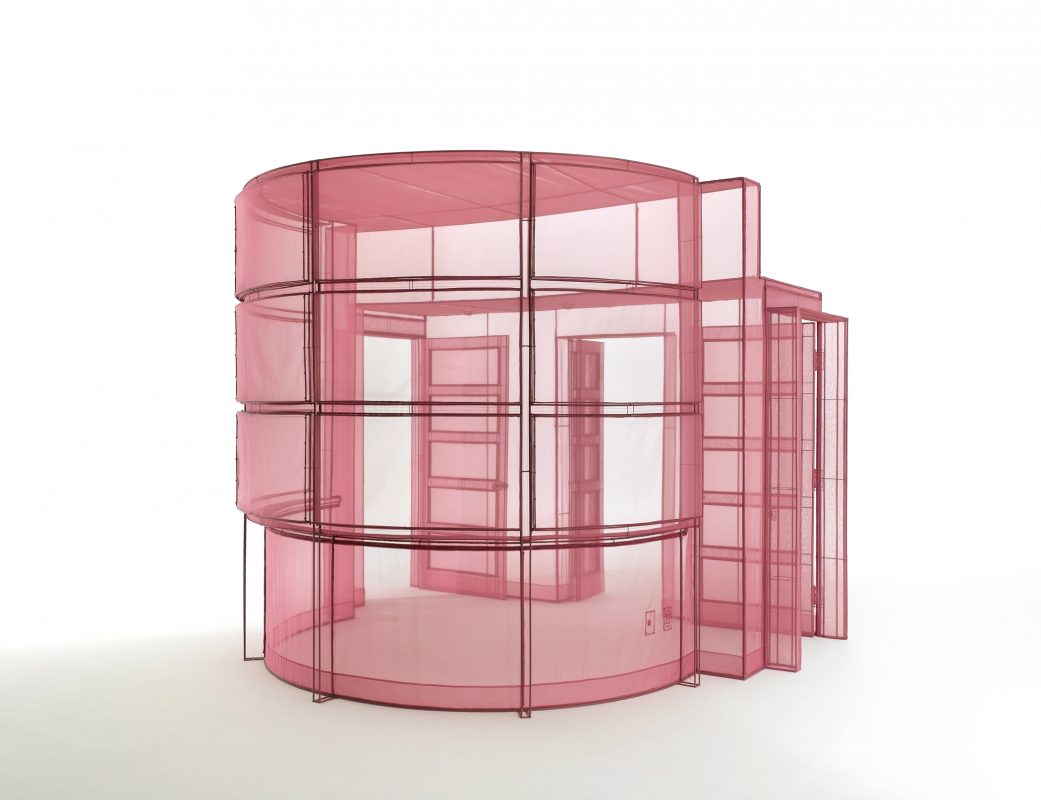 Do Ho Suh, who was born in South Korea and now lives and works on three continents, began building a portable version of his family’s Korean home in the 1990s, made from translucent fabric to suggest the precarious nature of memory. “Your house gets inside of you,” he has said, and for 30 years he’s been trying to get it out where he can see it. Eventually, he began attaching re-creations of the other places he’s lived, in New York, London, and elsewhere. “I wanted to more actively deal with these issues of longing,” he has said. “I decided not to be sad about it. … I just want to carry that with me, you know, all the time.”

Of course, millions of Americans have never left their country, nor have their friends or family, and the displacement boom can seem an abstraction. Art can bring that reality home, as it were.

“We are all implicated in the global narratives of migration and displacement facing the world today,” says Gabriel Ritter, Mia’s curator of Contemporary Art, “and unfortunately there are no easy answers. My hope is that artistic responses to such difficult and timely issues will challenge viewers to empathize with a multiplicity of experiences of global migration and forced displacement. With empathy, we can recognize what we have in common and work to understand and celebrate our differences.”

Erika Lee, a professor of history at the University of Minnesota and the author of several books on immigration, was an advisor to Mia on “When Home Won’t Let You Stay.” She points to the power of an installation like Kader Attia’s La Mer Mort (The Dead Sea), in which the floor is strewn with clothing—refugees who may or may not make it to safety.

“It forces you to absorb the scale of this image, the scale of this movement, and also of the tragedy,” Lee says of art like this. “I think when you’re looking at a photo of migrants arriving in Greece, for example, the photo is only as big as our screen. But when you’re placed as a physical person amidst this clothing, representing bodies, I think that is going to elicit a much different, much more personal, moving emotion than simply looking at a screen.”