If you’re staying close to home this summer, you’re not alone—and you’re not without options. Call it a vicarious vacation or an armchair adventure, or maybe this is how you prefer to travel, without the hassle of the real thing. From the collection at Mia, here are 10 places to escape to in your mind. 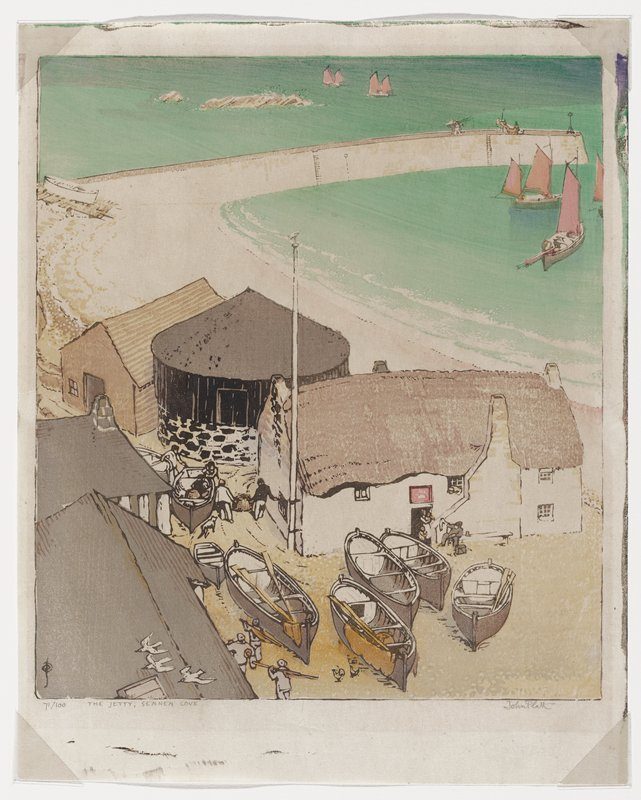 The thatched-roof cottage is now a vacation rental and the black roundhouse is full of souvenirs. According to TripAdvisor, the top three things to do here on the southwestern tip of England are surfing, hiking, and more surfing. But in the 1920s, when this woodcut print was made, the cove was full of fishing boats, pulled ashore by a winch in the roundhouse. No one thought to do anything in the waves but avoid them. 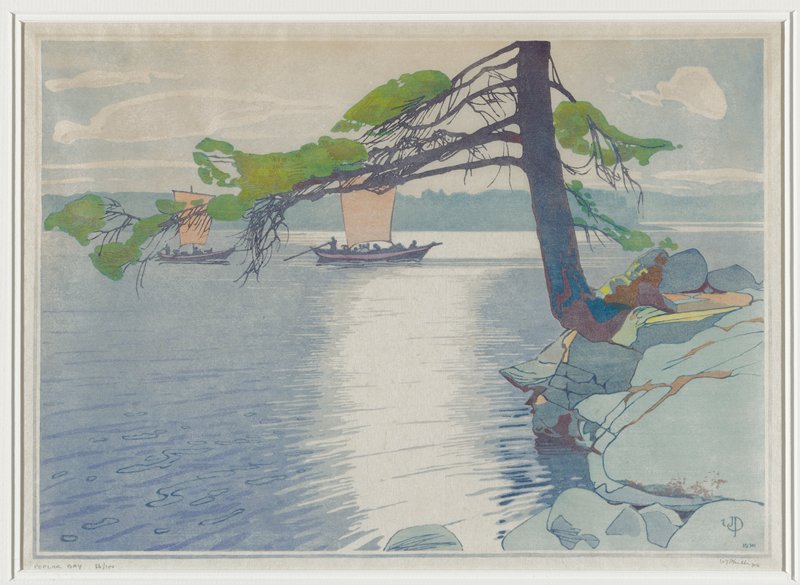 Non-essential travel to Canada is currently forbidden, including tourism, no matter how essential a respite in the Canadian Rockies sounds right now. So this is about as close as you’re going to get: a glance across Lake of the Woods, the sprawling expanse of water, rock, and pines shared with our northern neighbor. The pine is gone along with those sailboats, but otherwise the view is essentially the same as it was in 1930, when this was woodcut was made. So near, yet so far. 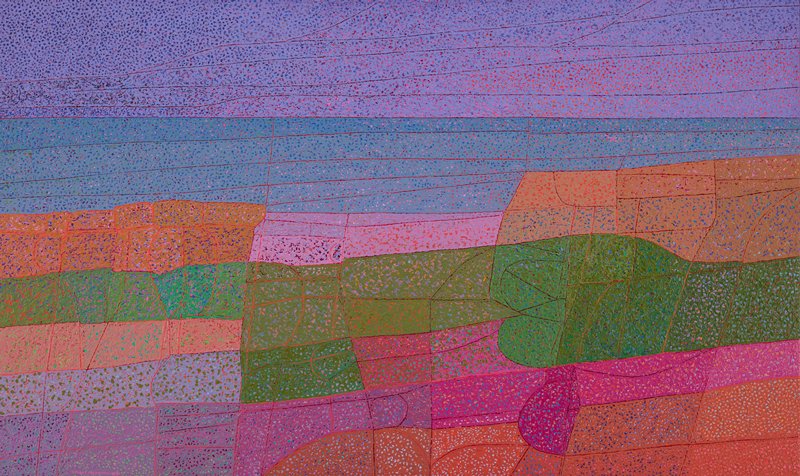 George Morrison is beloved around here for his abstractions of Lake Superior. Which is perhaps the way you think of it now, if you haven’t been able to visit recently—more concept than reality. Rest assured, it’s still there, the horizon line still as wide and true as Morrison always depicted it, the waters still big enough to make almost anything else seem small. 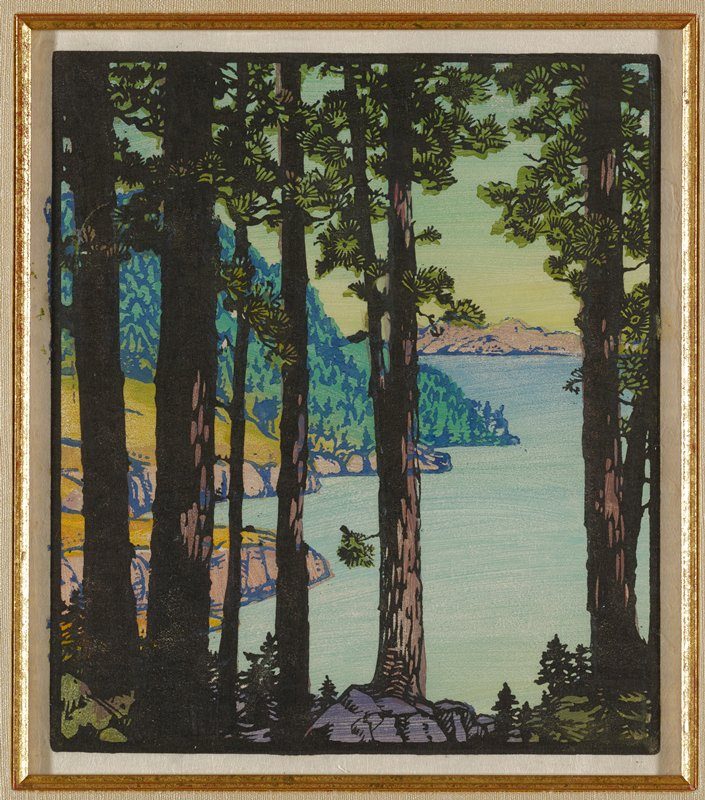 Frances Gearhart and her two sisters were all unmarried schoolteachers, living together in California around the turn of the 20th century. By the early 1920s, Frances had scrimped enough to retire and buy a vacation home for the three of them at Big Bear Lake, in the San Bernardino mountains east of Los Angeles. She always put the viewer in the middle of the scene, as though you were looking out from a hiking trail. She has taken you this far, now it’s up to you to appreciate what you’ve worked so hard for. 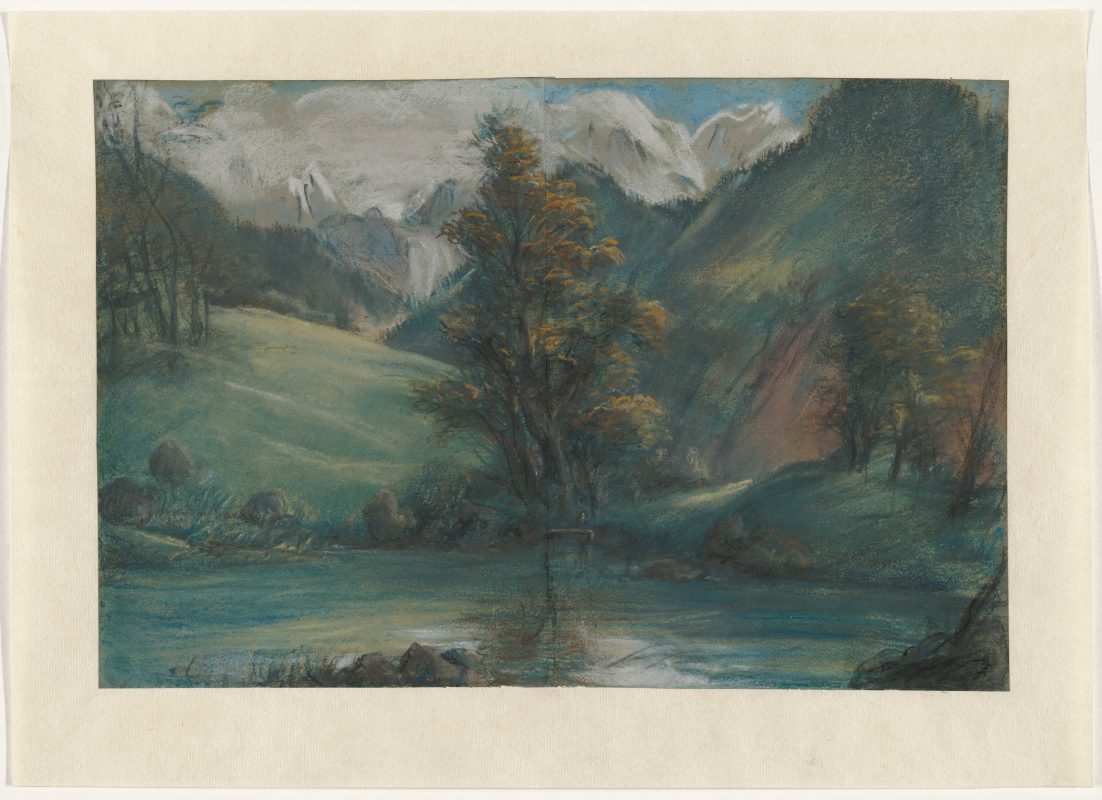 To escape to the Swiss Alps may be harder now than it was for Julie Andrews and the kids in The Sound of Music. But for Élisabeth Louise Vigée-LeBrun, things were different. The French artist was in her 50s when she spent the summers of 1807 and 1808 in Switzerland, and she constantly wrote home with breathless “wish you were here” reports of the alpine views, which must have annoyed those left behind. Indeed, it’s kind of annoying now—let’s just enjoy this scene and move on. 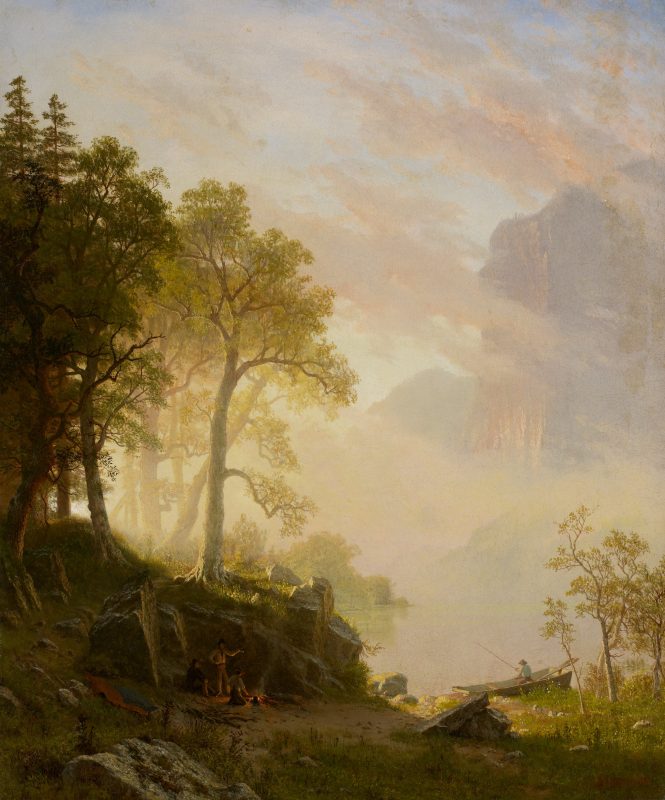 The Merced River in Yosemite by Alfred Bierstadt, 1868.

Somewhere just outside the frame, a shuttle bus roams the park road, a teenager complains there’s nothing to do, and a mom wishes her husband would take the kids on his own—just once—and leave her to imagine a scene more like, well, this one. It doesn’t exist of course, and never did, but isn’t it pretty to think so? 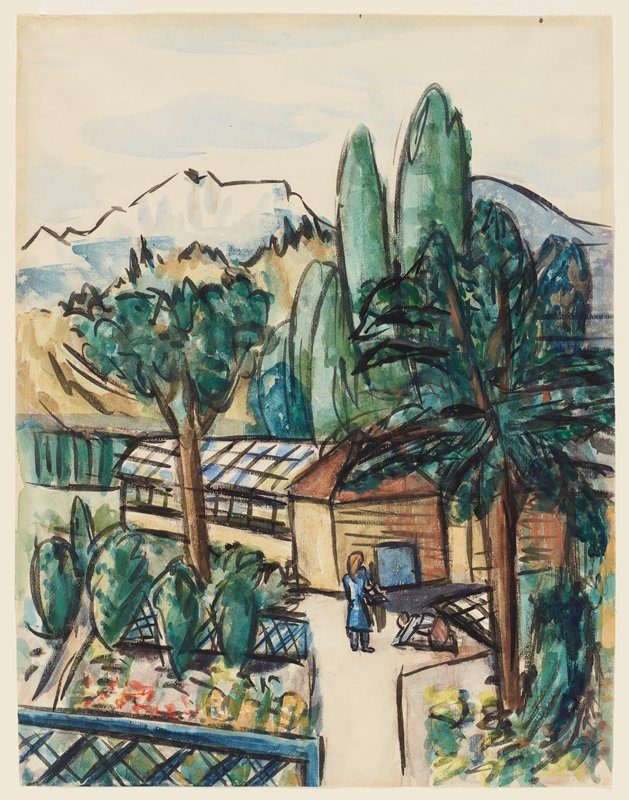 Max Beckmann thought World War I was terrible, which it was—he came back from the front, where he’d served as a medic, and had a nervous breakdown. Then, less than two decades later, Hitler comes to power, modern art is verboten, and Beckmann is out of a teaching job. Lucky for Beckmann, his wife has a family place in the shadow of the Alps, where they can get away. Looks ready to Airbnb right now. 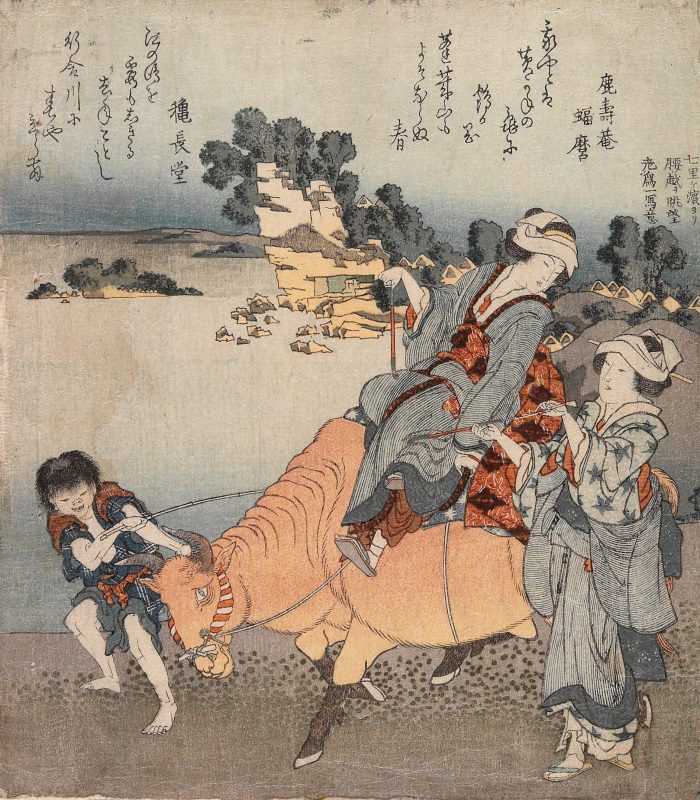 Shichirigahama Beach, with its rocky promontory, has long been a popular vacation spot for city slickers from Tokyo, just a 30-mile ox ride away. Here, the travelers have smoking pipes and wear headdresses to protect their coifs from dust and wind, but there is still no good way to ride an ox. 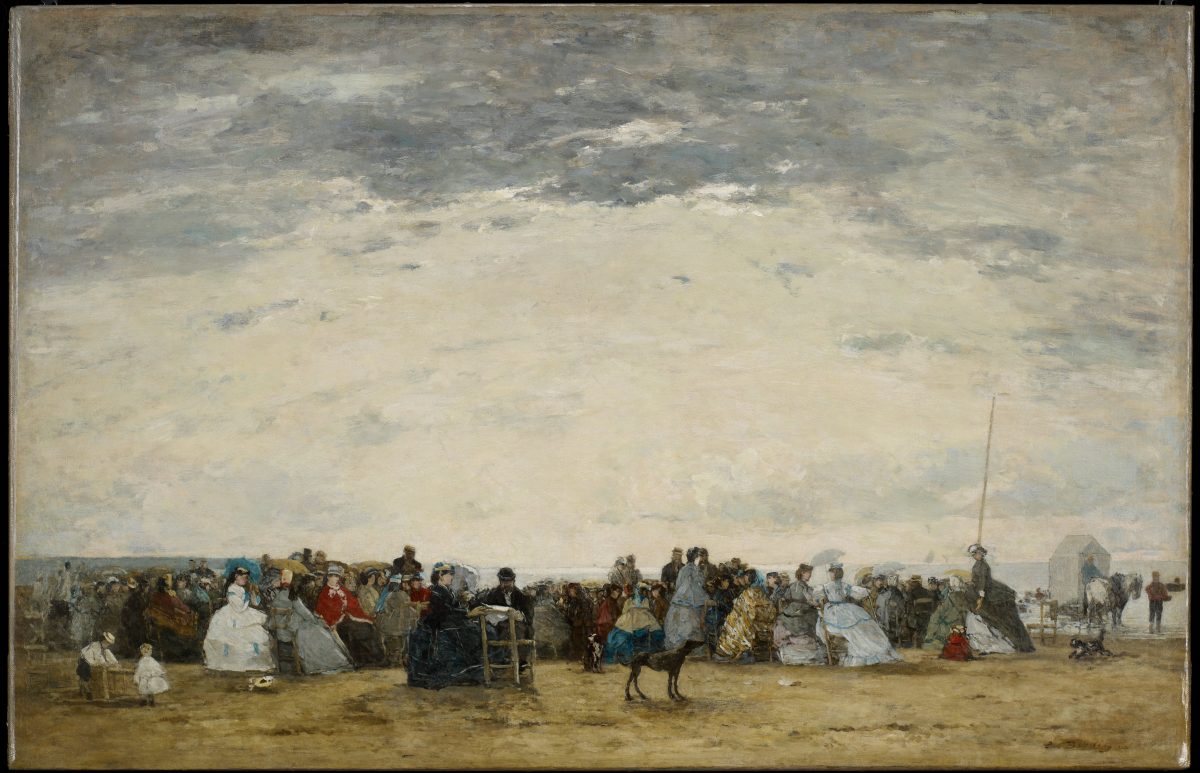 Vacationers on the Beach at Trouville by Eugène-Louis Boudin, 1864.

There’s something standoffish about this painting of beach-goers in France, at one of the first resorts to capitalize on what was then a new thing in Europe—the shore as destination not just, you know, the end of land. But for Eugène Boudin, who made good money painting such vignettes, the odd perspective was probably a way to cram as many fashionable folks into the scene as possible. 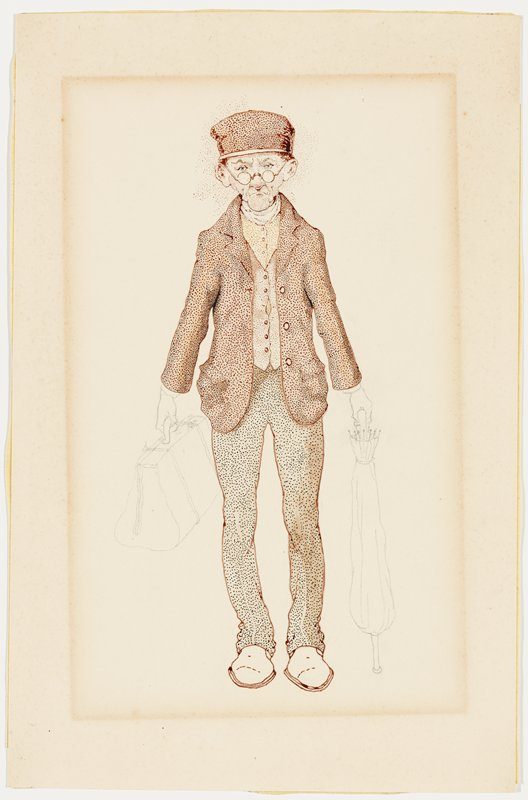 This isn’t a vacation, actually, it’s your father. He’s decided to leave the retirement complex until things settle down, and now you have a roommate. Remember it’s your house, your rules, and if he doesn’t like that, well, you’ll always have these pictures to remind yourself what’s out there, when the time is right.