Arts of the Himalayas: Visions from the Top of the World 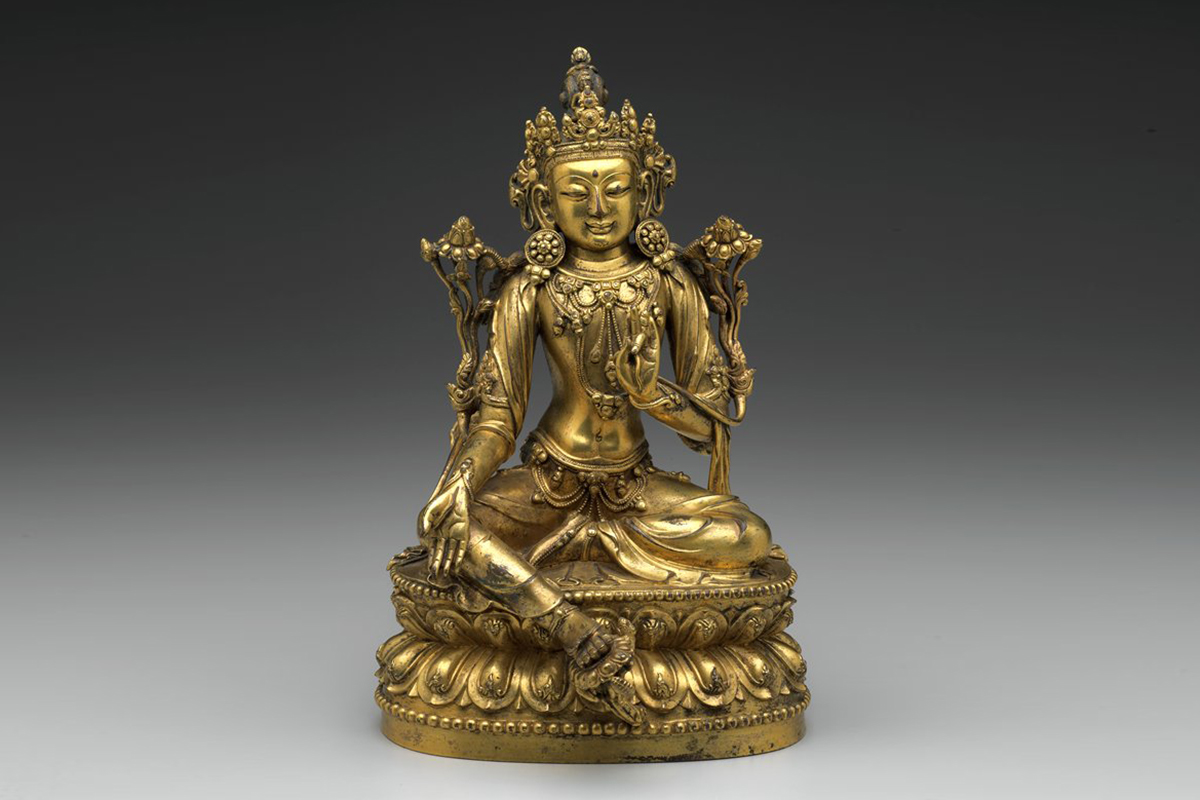 The Himalayan region encompasses the Tibetan Plateau, Nepal, Kashmir, Bhutan, as well as parts of Northern India, China, and Mongolia. Though geographically isolated, its high mountain passes historically allowed for continuous engagement across greater Asia. Hinduism and Buddhism entered from India, and the region’s inhabitants were in frequent contact with China through trade and political alliances. These external connections combined with indigenous faiths to form unique cultural and aesthetic traditions whose richness and complexity can often bewilder outsiders. In Tibetan Buddhist traditions, a frequent theme is the union of wisdom and compassion, marking the path to enlightenment and a release from the trappings of the mundane world.

With wrathful, multi-armed divinities to blissful Buddhas, much of Himalayan religious art is in fact unified in its aim—to offer a visualization, or meditative aid, that leads one toward heightened awareness. 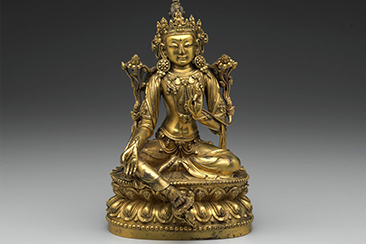 Explore the Artworks in this Gallery 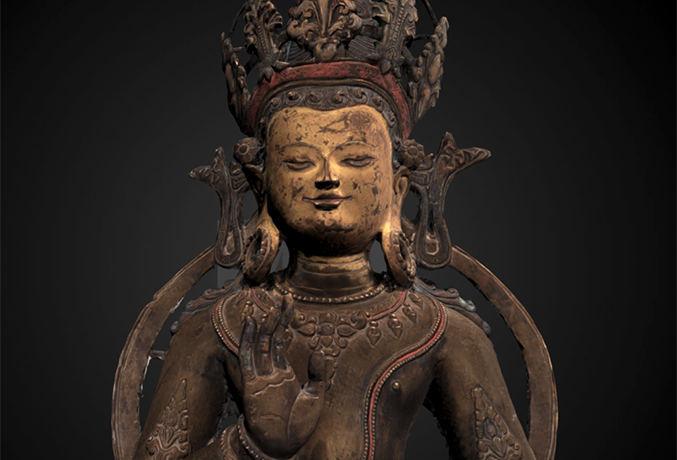 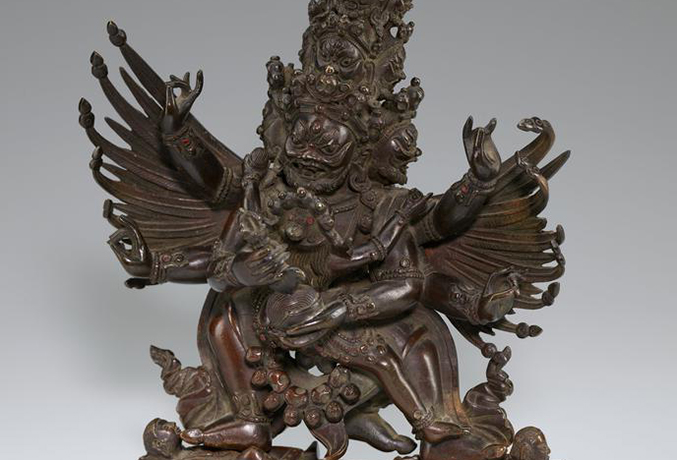 In Tibetan Buddhist practice, buddhas and bodhisattvas can express benevolent and wrathful sides.