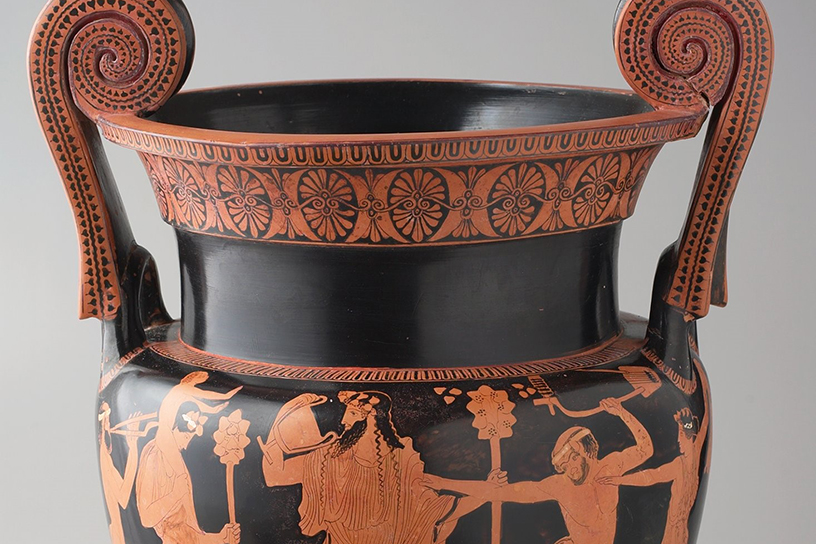 In 2011, the Minneapolis Institute of Art agreed to return a Greek volute krater to Italy. It was made in the fifth-century BCE, a kind of vessel for diluting wine with water, and Mia had acquired it in 1983 from antiquities dealer Giacomo Medici. In 1995, Swiss and Italian authorities raided Medici’s warehouse in Switzerland and recovered photographs of several ancient objects, which indicated that they had been recently and illegally removed from archaeological sites in Italy. The krater was among them.

Other museums had also purchased objects from Medici that were later found to have been looted—including Boston’s Museum of Fine Arts, the Princeton University Art Museum, the J. Paul Getty Museum, and the Metropolitan Museum of Art—and began returning dozens of objects to Italy. In 2008, the Association of Art Museum Directors issued new guidelines for the acquisition of antiquities, advising that museums should not acquire a work unless proof exists that it was outside the country of its discovery before 1970, or was legally exported from its country of discovery after 1970. Mia initiated the return of the volute krater, contacting the Ministry for Cultural Assets and Activities of the Italian Republic. After further research confirmed the object was the same one in the seized photographs, Mia negotiated delivery to the U.S. government for shipment to Italy.