Researching the artworks in our permanent collection is an integral part of our mission. Establishing the history of ownership for objects in Mia’s collection helps ensure that the museum may legally and ethically own them.

Provenance research is a complex and arduous process, often undertaken by curators or scholars to determine the history of ownership of an artwork. It usually involves examining an artwork for labels or markings that may indicate the movement of an artwork from one owner or location to another. Extensive research is often necessary, as well, using photo archives, registrar records, and correspondence from collectors, art dealers, and scholars. Auction and exhibition catalogues can be rich sources of ownership information, occasionally providing biographical insights.

When reviewing such documents, it is necessary to be careful and critical, as gaps in ownership are often encountered. It is not unusual for an artwork to have a long period in its ownership history in which the work is unaccounted for. The attribution of an artwork may change over time, creating confusion in tracking documentation. Additionally, owners may request anonymity at the time of a sale, auction houses or art dealers may not wish to reveal their sources, or important archival resources may have been lost or destroyed in natural disasters or during wartime. Indeed, it is quite rare to establish a full provenance history for a work of art. If an artwork has a gap in its provenance, it does not mean we believe the work was looted.

How to Read Provenance

In writing provenance, Mia uses the format suggested by the National Gallery of Art in Washington, D.C., for its ease of readability. The provenance for works of art are listed in chronological order, beginning with the earliest known owner. Life dates, if known, are enclosed in brackets. Dealers, auction houses, or agents are enclosed in parentheses to distinguish from private owners. Relationships between owners and methods of transactions are indicated by punctuation: a semicolon is used to indicate that the work passed directly between two owners (including dealers, auction houses, or agents), and a period is used to separate two owners (including dealers, auction houses, or agents) if a direct transfer did not occur or is not known to have occurred. Footnotes are used to document or clarify information.

Many artworks in Europe were subject to theft at the hands of the German Nazi party or those acting at its behest in the years before and during World War II. The museum has completed an assessment of the European paintings and Judaica acquired by Mia since 1932 to determine whether any artworks currently in the collection may have been stolen during this period. The survey of European paintings used the following criteria:

One such artwork, a painting by Fernand Léger acquired by Mia in 1961, was determined to have been stolen in Paris in 1941 by Nazi agents and was returned to its legal owner in 2008. We welcome any information that may further clarify the provenance of works in our collection. 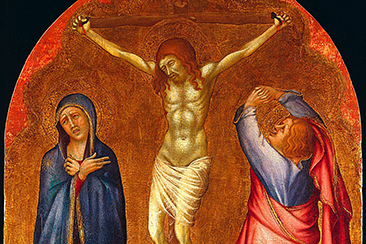 The artworks posted here are those whose provenance is unclear during the crucial years of 1932 to 1946. Mia has made this information public in order to manage its collection responsibly and to participate in the worldwide effort of identifying artworks looted during World War II.