How can empathy help shape an exhibition?

“What if the way you experience the world, your perspective, and all that informs it were turned on their head?”

The question is posed on the wall label for three films presented in the “Mapping Black Identities” exhibition now on view at Mia. It’s a disarming question, inviting the visitor into the space as an active participant. Imagine if there were an alternative, it suggests, a perspective that was radically different, but no less true.

This past spring, “Mapping Black Identities” was one of a handful of exhibitions workshopped for Empathy Lab, a convening of 40 museum practitioners, artists, educators, and Mia staff members, hosted by Mia’s Center for Empathy and the Visual Arts (CEVA). Over three days, the participants investigated new ways of incorporating empathy into museum practice.

Some discussions served to workshop exhibitions and projects at Mia, while others focused on empathy-related work outside the museum context. In both scenarios, they relied on framing questions: What are some of the key factors for cultivating empathy? What are some effective practices/models for teaching empathy? How might this translate to the art museum context?

It was a research initiative of sorts, an attempt to gather the experiences of museum staff and non-museum practitioners who are all trying to incorporate empathy into their work. “Part of CEVA’s work is to develop a community of practice around empathy and the visual arts,” says CEVA’s Research and Project Manager Jeanine Pollard. “In these early stages of moving from theory to practice especially, multiple perspectives are critical.”

“Mapping Black Identities” was a natural fit for workshopping. The exhibition calls out mapping as a colonial practice and challenges the notion of Black identity as monolithic. It features Black artists from the United States, Africa, and the African diaspora, with different perspectives and artistic styles. 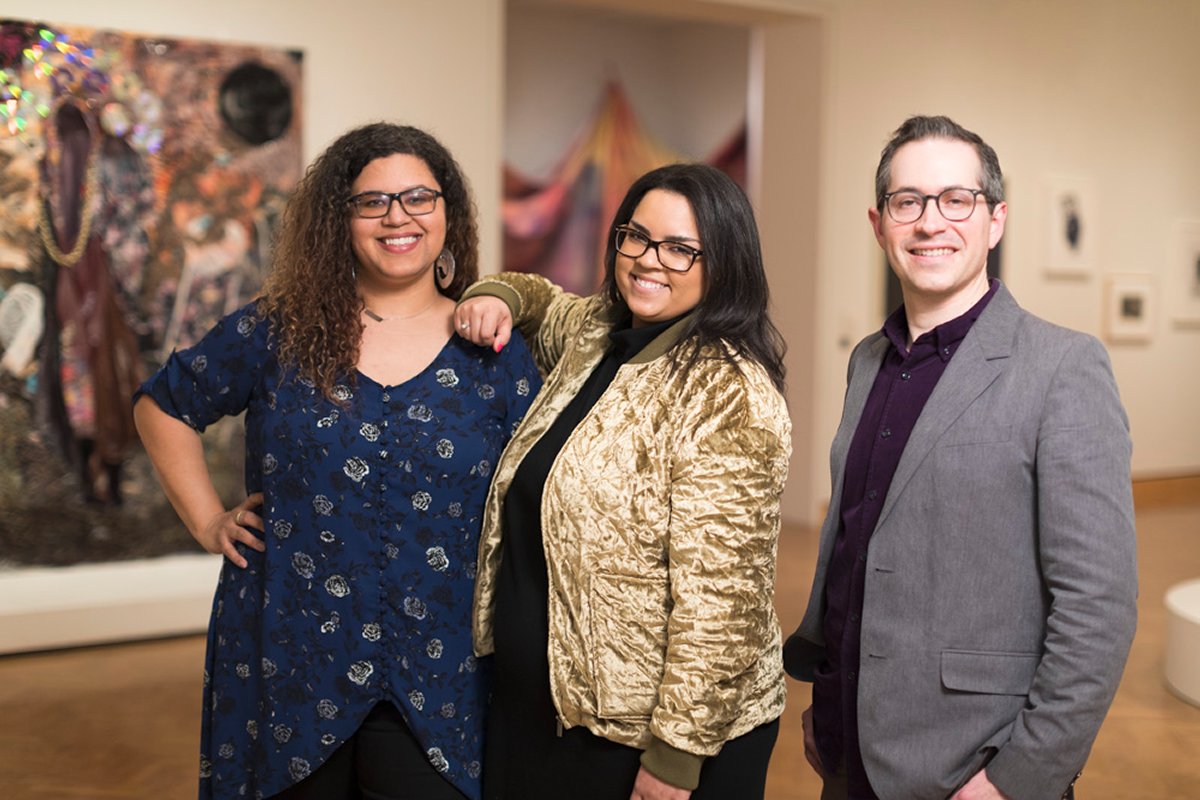 ”Even though Empathy Lab hadn’t happened yet, empathy was already present in the curatorial process,” says Esther Callahan, a research fellow at Mia who helped curate “Mapping Black Identities.” (In part, she’s referring to the exhibition’s Curatorial Advisory Committee, a cohort of non-curatorial Mia staff members who helped curate the exhibition.) According to Keisha Williams, Mia’s Contemporary Art Department Curatorial Assistant and Artist Liaison and a co-curator of the show, “We centered voices that were not the traditional curatorial authority.”

During Empathy Lab, participants were asked to probe further: “How do we activate space through personal connection so that all visitors, not only those whose identity is reflected, feel welcome?” Since the films were not yet installed, they became an important part of the discussion. “That there was the potential to change something was really important,” says Pollard.

Also, because the films address the exhibition themes (white supremacy, colonialism) in a very confrontational way, “Empathy Lab became an important place to workshop this material that didn’t necessarily fit in with the rest of the galleries,” says Gabe Ritter, head of Mia’s Contemporary Art Department. Williams adds, “At Mia our general audience doesn’t walk into a gallery and expect to experience that.”

Empathy Lab participants explored introducing new perspectives into galleries through questions: When has your worldview been challenged? What did you do next? How can history be reclaimed for restorative justice? How do you heal from trauma?

Williams says the big question for planners was “How can we really bring visitors into a space of empathy?” Repeatedly, the answer was: By creating a human connection. For this reason, the labels for the three films in “Mapping Black Identities” all quote the artists directly. “The voices of artists often get lost, and that was really something we wanted to bring back,” says Williams. The labels create a human interaction—they reveal a human experience behind the art.

Of course, the other half of that human connection is with visitors. The films provide “differing worldviews,” Williams noted in the label. “Worldviews that envision an end to systemic white supremacy, the pursuit of freedom in an unjust world, and transformative rights of past wrongs.”Such differences can be inspiring, challenging, even upsetting, but they exist in the world, and it’s about time they’re acknowledged.