How the colors in “Hearts of Our People” enhance the exhibition 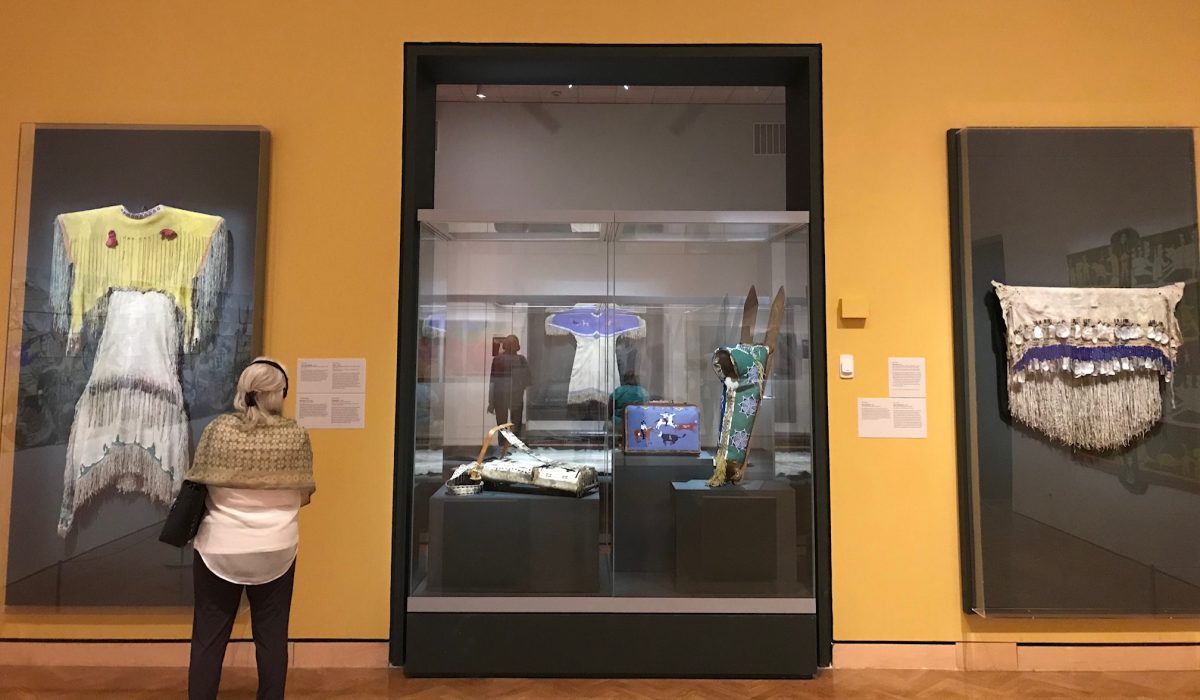 A yellow accent wall, inspired by a medicine wheel, in “Hearts of Our People: Native Women Artists.”

When Mia began designing “Hearts of Our People: Native Women Artists,” the first major exhibition of work by Native women artists, the museum wanted to avoid overt references to indigenous motifs, like zig-zag patterns or crosses. For a while, it even considered painting the walls plain white.

Ultimately, the decision was made to go with three muted colors—green, blush peach, and blue—for each section of the show, with accent walls inspired by the traditional medicine wheel. The wheel typically symbolizes the cardinal directions with four colors: yellow, red, black, and white.

The colors shift from room to room along with the three themes of the show—legacy, power, and relationships—to underscore the unique nature of each grouping of objects. 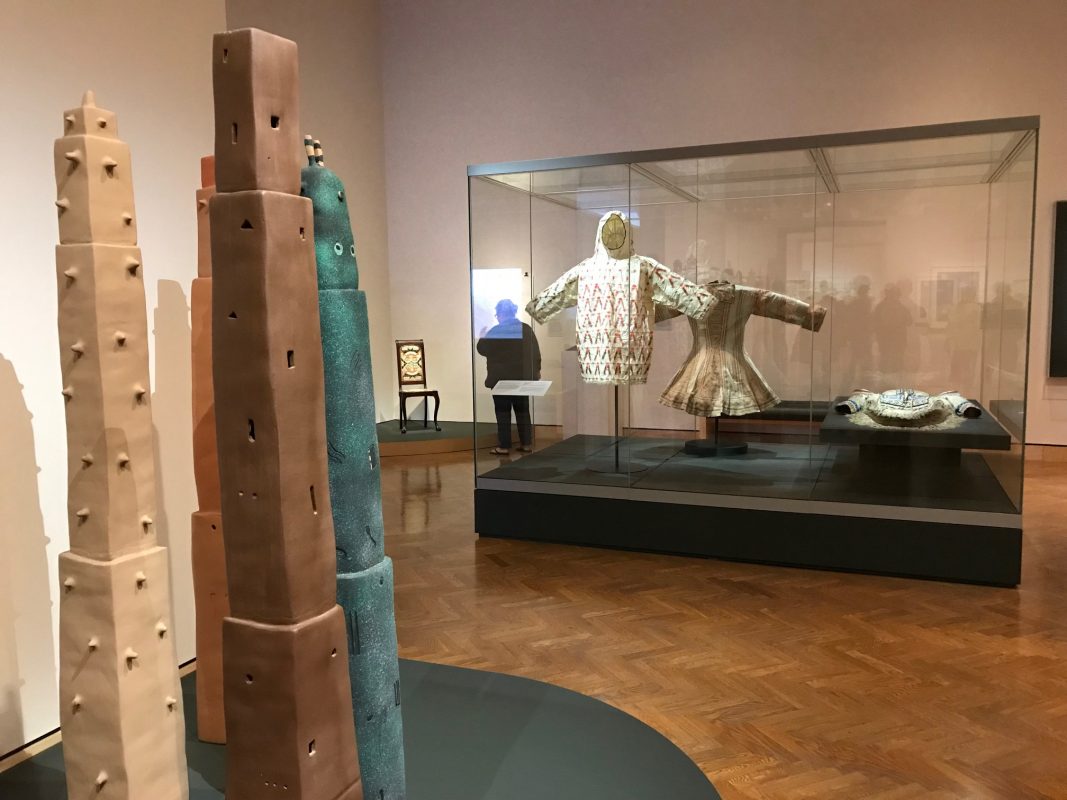 “You have to tell some kind of story,” says Michael Lapthorn, Mia’s exhibition designer, “to make you feel very subtly that you’re moving from one space to another.”

One dark color unifies the scheme, generally on pedestals and display cases. It’s a dark olive, which reads as black but a little washed-out, allowing the true black color in some artworks to stand out. “It’s an earthy-feeling color,” says Lapthorn. “It reminds me of Red River Valley soil.”

With so many strong colors in the show, often produced by natural dyes, Lapthorn wanted to defer as much as possible to the artworks. To be neutral for the most part, and let the art—finally getting its due—speak for itself.

All of the paints are from Benjamin Moore and supplied by Hirshfield’s, a corporate partner of Mia and the official supplier of paint used in the museum galleries.