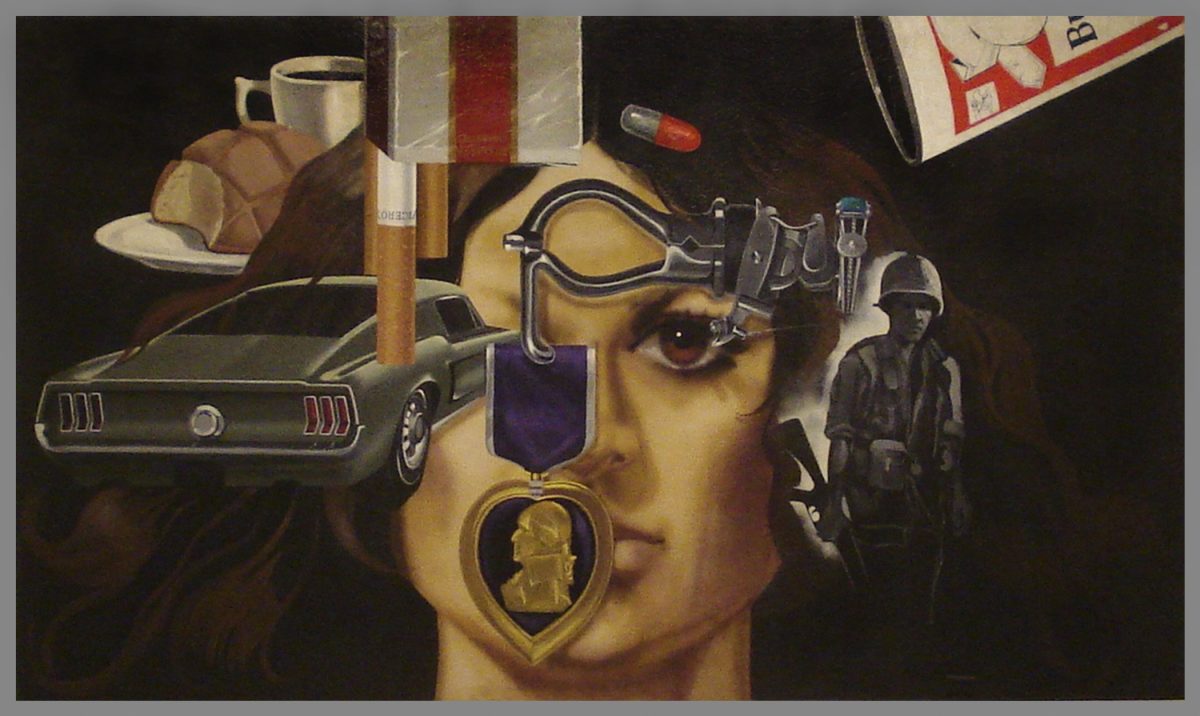 The art of war: For some Vietnam vets, making art of their experiences was the best way to make sense of them

When Jesse Treviño was 25, he was relearning how to paint using his left hand—the only hand he still had. He started by painting a bedroom wall black. Then, over the course of two years, he turned that wall into a mural of beer, cigarettes, and pain pills — the balms of life after war. He called it Mi Vida (My Life).

Treviño had been a burgeoning artist, having won several art competitions and a scholarship to the Art Students League in New York, when he was drafted into the U.S. Army in 1966. He was sent to Vietnam. The war against the Viet Cong communists was rapidly escalating, and, within a few months of deploying, Treviño was severely injured by an explosion. “I was holding my arm—it felt like it was on fire because some of my nerves were severed,” he recalls. Eventually his arm had to be amputated.

Treviño’s recovery in a hospital was long and painful. “That experience was horrific to me — I couldn’t draw, I couldn’t paint,” he says. “I just couldn’t understand how this happened to me. It felt like the government had ruined my whole life.” 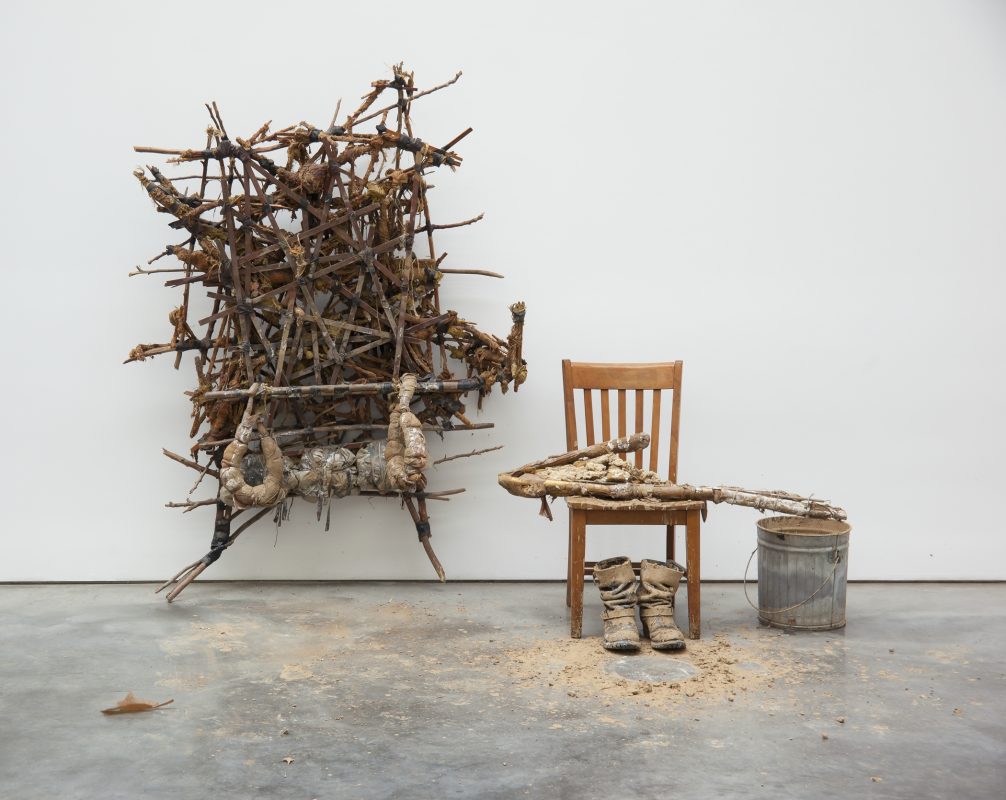 The mural he painted, once he was resettled in San Antonio, Texas, is now a landmark of Chicano art—and the art of war. “I painted the prosthetic and the Purple Heart and was like, This is what you get when you lose your hand in Vietnam,” says Treviño. The mural was cut from the wall and mounted by a subsequent owner of Treviño’s home. Now, it is part of the exhibition“Artists Respond: American Art and the Vietnam War,” organized by the Smithsonian American Art Museum and currently on view at the Minneapolis Institute of Art.

Treviño is one of 14 veterans represented in the show. (Four served in Vietnam: Treviño, Kim Jones, T.C Cannon and Rupert García.) Displayed among protest posters and political satire, the work of veterans — especially Vietnam veterans — can strike a different note. As Rupert García says, his work is political “but not defined by politics.” It can be painful, complex, and contradictory.

Indeed, for many veterans the war was hard to leave behind. When Kim Jones returned from Vietnam, he brought his experiences to the streets of downtown Los Angeles. One of his better known performances was Mudman, in which he covered himself in mud, affixed sticks to his back, and walked down L.A.’s iconic Wilshire Boulevard for 12 hours. During his training for the war, “They kept us walking for three days and three nights,” says Jones. “I was used to walking.” One of his most controversial performances involved setting rats on fire, and screaming along with them, to the shock of the audience. “So they could have the smell of something dying and burning,” says Jones.

As extreme as Jones’ performances were, they viscerally portrayed the alienation that accompanied many vets upon returning home. When Rupert García came back from Vietnam, having served five years in the Air Force, he was jarred by the anti-war attitude that awaited him. He’d enlisted voluntarily. “I wanted to get a job and make some money. I wanted to experience something else,” he says. At the time, he was barely old enough to drink.

In grad school, after the war, he rarely spoke about his time in Vietnam. Instead, he says, he “learned to think critically.” He was exposed to left wing ideology, the Black Panther Party, and other liberation movements. Inspired by protest posters and the idea of multiples, he started making prints. Simultaneously, he redirected his frustrations with the antiwar movement at the U.S. government. He was beginning to see parallels between oppression in Southeast Asia and in Latin America. In Fuera De Indochina! he depicts a face — crying, screaming, wailing. The words underneath translate to “Get Out of Indochina!” Alienation had turned to indignation.

For T.C. Cannon, being a Native American veteran came with its own set of contradictions. The patterns of colonialism, violence, and subjugation used by the U.S. in Southeast Asia were starkly similar to those used against his own community. Perhaps this became one more reason to make art about the war, to remind others what we ought not repeat. As he wrote in the final lines of his poem Hearts and Minds, “God forgive the fools of france and america./ never let them forget the folly/ of what was done and those that did it.”