On the morning of January 28, 1976, Kim Jones stepped into his combat boots, pulled a nylon stocking over his face, and slathered himself in mud. He strapped an unruly lattice of sticks — held together by twine and electrical tape — to his back, as though he’d been lying on a forest floor for years. Then he began walking down Wilshire Boulevard, the symbolic spine of Los Angeles. He walked for 12 hours to the ocean, stopping once for coffee with some friends.

Jones had volunteered for the Marines Corps 10 years earlier and served 13 months in Vietnam. He joined the war mostly to please his father, he says, to demonstrate that despite four years of college and art school he was in fact “a real man.” In Vietnam, he was put to work as a postal clerk, a job he found humiliating—missing the action while his comrades suffered in combat. He didn’t kill anyone but returned home overwhelmed with guilt.

A few weeks after assuming his primal alter-ego, a persona that became known as Mudman, Jones strapped the sticks on again, this time in a gallery at California State University. He read a short text about “feeling like a mad thing caught in the wind, trying to escape,” as one viewer recalled, and then doused three rats in a cage with lighter fluid and burned them alive. As they screamed, Jones bent down and screamed along with them. 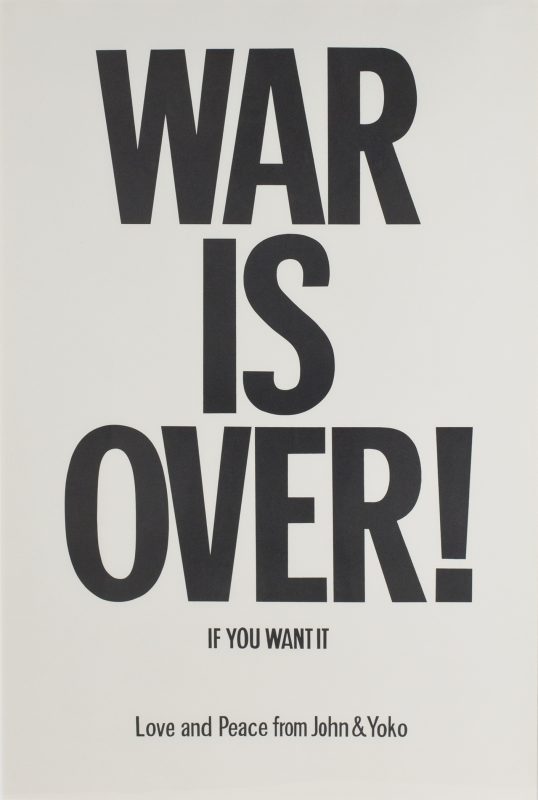 Jones’ Mudman costume is now among more than 100 artworks in “Artists Respond: American Art and the Vietnam War, 1965–1975,” an exhibition organized by the Smithsonian American Art Museum and opening at the Minneapolis Institute of Art (Mia) on September 29. Several of the featured artists, like Jones, served in Vietnam or earlier wars. Most did not, but wrestled nonetheless with the questions raised by the war — of morality and conflict and government lies — in paintings, posters, sculpture, and the relatively new genre of performance art.

The art world, like the world itself, has never been the same. “Artists felt that the traditional ways of seeing art were totally irrelevant for breaking people out of complacency,” says Bob Cozzolino, Mia’s Patrick and Aimee Butler Curator of Paintings, who organized the show in Minneapolis. To performance artists, prancing naked down Wall Street or burning rats (for which Jones was charged with cruelty to animals) “was the most appropriate way of making a demonstration,” Cozzolino says. “When you’re trying to draw attention to places of power and how they’re pulling the strings of the war machine, a painting wasn’t going to do anybody any good.”

Some artists were hesitant to address the war directly. In the mid-1960s, Martha Rosler was making a name for herself with rich, dark paintings inspired by Abstract Expressionism. But she also began making collages that deftly wove scenes of war into quiet, domestic settings: soldiers searching a bright modern kitchen, a shiny Cadillac convertible with a booby-trap beneath it. She never showed these collages in a gallery while U.S. soldiers were in Vietnam. By 1972, however, she had stopped making abstract paintings; the point of art, she later said, is to “move consciousness forward.”

Philip Guston, an accomplished Abstract Expressionist who had begun working during the Great Depression, found he could no longer keep his sentiments out of his work. “What kind of man am I,” he wondered, “sitting at home, reading magazines, going into a frustrated fury about everything — and then going into my studio to adjust a red to a blue?” He eventually made a searing portrait of Richard Nixon that is featured in the show. 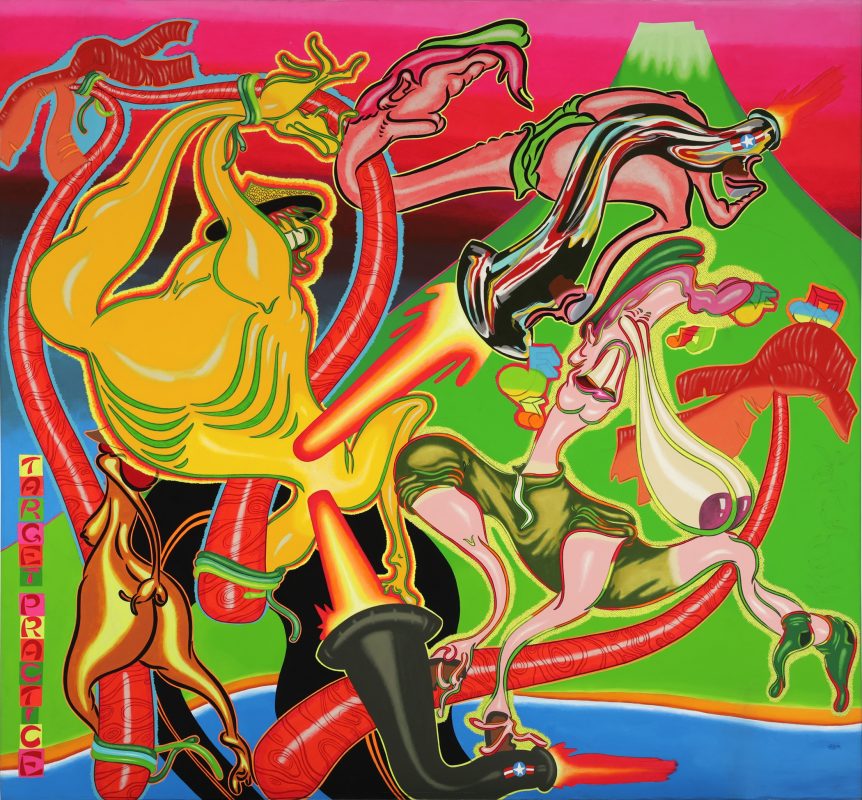 In fact, the war presented so many horrors that artists struggled to capture them. Peter Saul was among the first to try, in cartoonish, satirical paintings that were widely shown in the United States during the war. But after the My Lai massacre was exposed in 1969, Saul made one more painting in this over-the-top mode, depicting U.S. soldiers brutalizing and killing women. Then he moved on.

His images, he said, had been meant as a “cold shower” to wake viewers up to what was happening in Vietnam. But eventually he wondered if he was getting through. “He basically decided that his imagination — coming up with these insane scenarios — was no match for reality,” Cozzolino says.

The art in “Artists Respond,” as well as a corollary exhibition of work by 11 artists of Southeast Asian background, called “Artists Reflect: Contemporary Views on the American War,” is not anti-soldier so much as pro-conscience. “It’s about holding accountable the people who made the decision to go to war,” says Cozzolino, “rather than ordinary citizens forced to fight wars they may not even agree with.”

“Artists Reflect” showcases artists whose experience of the war has been shaped by its aftermath: repression, migration, racism. (Two live in the Twin Cities: the photographer Pao Her and the illustrator Thi Bui.) Here, too, as in a series of photos by An-My Le of Vietnam War re-enactors, the emphasis is on the myriad ways we remain tethered to the war. Indeed, it is the violent origin of much of modern life.

The war, after all, was inextricably tied to many other causes of the social upheaval that began in the 1960s and continues today, from equal rights to abortion rights to urban unrest stirred by inequality. To reflect on the war is to reflect on how we treat each other, especially people different from ourselves. How do we treat people affected by our choices? How do we treat those we displace?

Cozzolino singles out a print in the show by Liliana Porter, a South American by birth who immigrated to the United States in the early 1960s, just as American involvement in the war was ramping up. She reproduced a photograph from the New York Times, of a Vietnamese woman with a rifle pressed to her head, and wrote a poetic statement to accompany it: 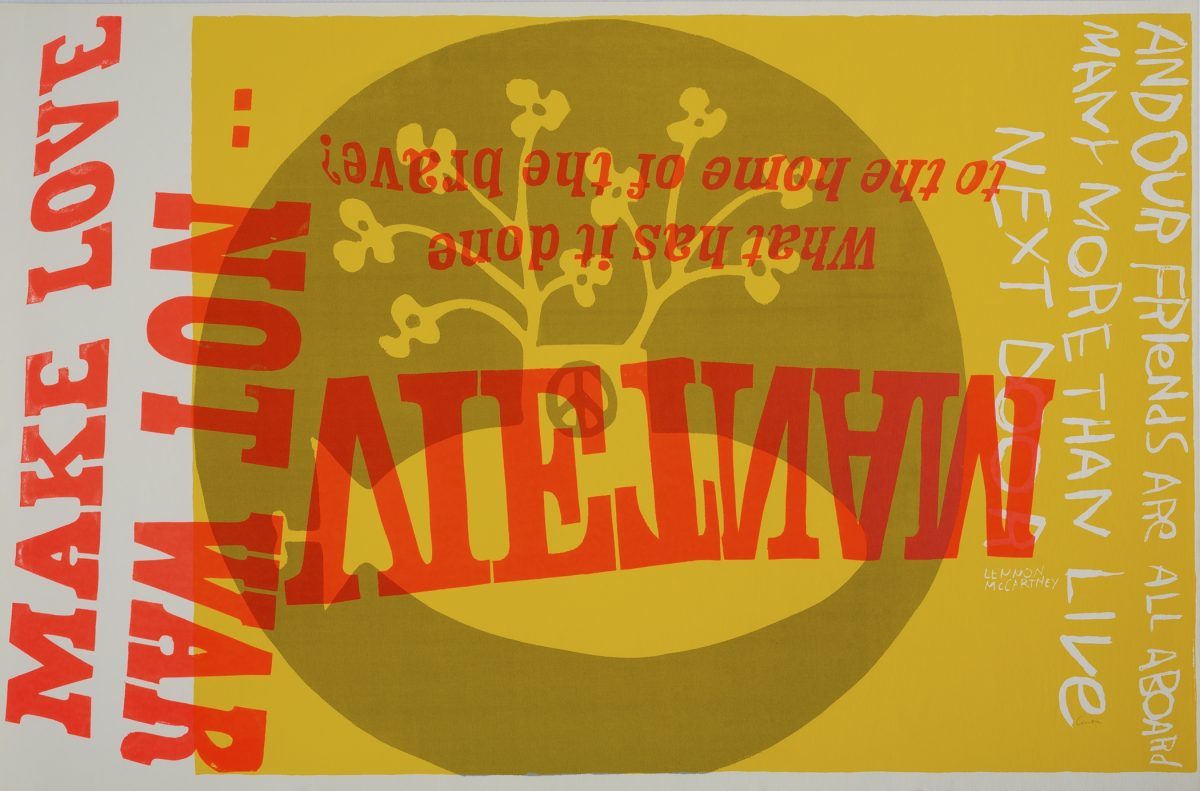 To Cozzolino, these words are achingly empathic, as powerful today as when Porter wrote them in 1970. “It’s as much about the war at the time as checking yourself right now, your biases and possible bigotry,” he says. “This could be an image of a Mexican migrant coming over our border. It seems to be speaking, unfortunately, to things that are going on right now.”

Much has changed since the Vietnam era, for better and for worse. It may be even harder now for artists to break through our complacency, as imagery is ubiquitous but truth is relative — we have more information but less faith in it. Still, Cozzolino believes artists will always respond to the moment, one way or another. They are as much of their time, after all, as anyone else, and they can help us see it for what it is.