The son of Jewish immigrants in Argentina, Mauricio Lasansky (1914–2012) moved to the United States in 1943. He forged a flourishing career as a printmaker and draftsman, first in New York and then from studios in Iowa and Maine. His work often explored themes of war and violence. In 1961, coinciding with the televised trial of the Nazi war criminal Adolf Eichmann, he began a series of drawings to grapple with the Holocaust. Confronted with the atrocities, he said, “I was full of hate, poison, and I wanted to spit it out.” “The Nazi Drawings” are his visceral response to the horrors committed in Nazi concentration camps.

Brutal, haunting, and raw, “Envisioning Evil: ‘The Nazi Drawings’ by Mauricio Lasansky” features his series of 33 monumental drawings made with pencil, turpentine, and earth colors. The exhibition, over 50 years after the series’ original tour, is its first comprehensive presentation in a generation. At Mia, archival media of the Eichmann trial and a selection of contemporary prints by Lasansky will also be shown. A catalogue examines Lasansky’s series, acquired in its entirety by Richard and Jeanne Levitt for their family foundation.

This self-guided tour provides you with questions to ask yourself as you visit the exhibition.

Watch this virtual gallery talk for a behind-the-scenes look at the powerful work in “Envisioning Evil: ‘The Nazi Drawings’ by Mauricio Lasansky” with the authors of the exhibition’s catalogue: Rachel McGarry and Rabbi Barry Cytron.

The Holocaust: A Perspective from Yad Veshem

Yehudit Shendar, chief curator of the United Kingdom Holocaust Memorial and former senior art curator and deputy director of the museums division at Yad Vashem, the National Holocaust Remembrance Authority in Jerusalem, speaks about Holocaust memorials and exhibitions and their thought-provoking role in the 21st century.

“Envisioning Evil: ‘The Nazi Drawings’ by Mauricio Lasansky” is organized by the Minneapolis Institute of Art and lent by The Levitt Foundation. 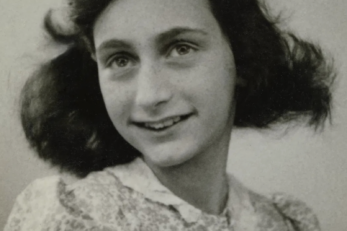 “The Nazi Drawings” and the forgotten history of the Holocaust

How unspeakable tragedy inspired the art of “The Nazi Drawings”

Purchase the exhibition catalogue
by visiting The Store at Mia or