A house of awe: Joe Horton on his “Vessel” film, modern alchemy, and the future of museums

Joe Horton grew up in Milwaukee, studied psychology at the University of Wisconsin–Eau Claire, and eventually gravitated to the Twin Cities, where his mix of music, theater, visual art, and philosophy has attracted a cohort of steady collaborators. (Horton would call it a collective if that didn’t sound so precious.)

He is currently the artist-in-residence at Mia. His new short film, Vessel, debuts September 12 in the black-box space of the museum’s contemporary art galleries. Loosely described, it depicts a hero’s transformative journey as a kind of alchemy, the ancient practice of attempting to turn base metals into gold. To tell this metaphorical tale, Horton used thousands of disparate images — digitally manipulated, animated, and set to original music.

In this conversation, he’s joined by Keisha Williams, Mia’s Curatorial Department Assistant and Artist Liaison in Contemporary Art, who has worked with Horton and other artists to bring their perspectives into the museum—for the benefit of visitors and staff alike. Here’s what they had to say on the making of the film and the larger project of renewing art museums.

Joe, when you were growing up, in Milwaukee, what art form attracted you—what was your first love?

Rap was the outlet then and remains the way for me. Rap was so prevalent you didn’t think about it—I didn’t know anyone who didn’t listen to rap. I was that kid in the lunchroom banging on the table, rapping, watching the girls to see if they liked it. 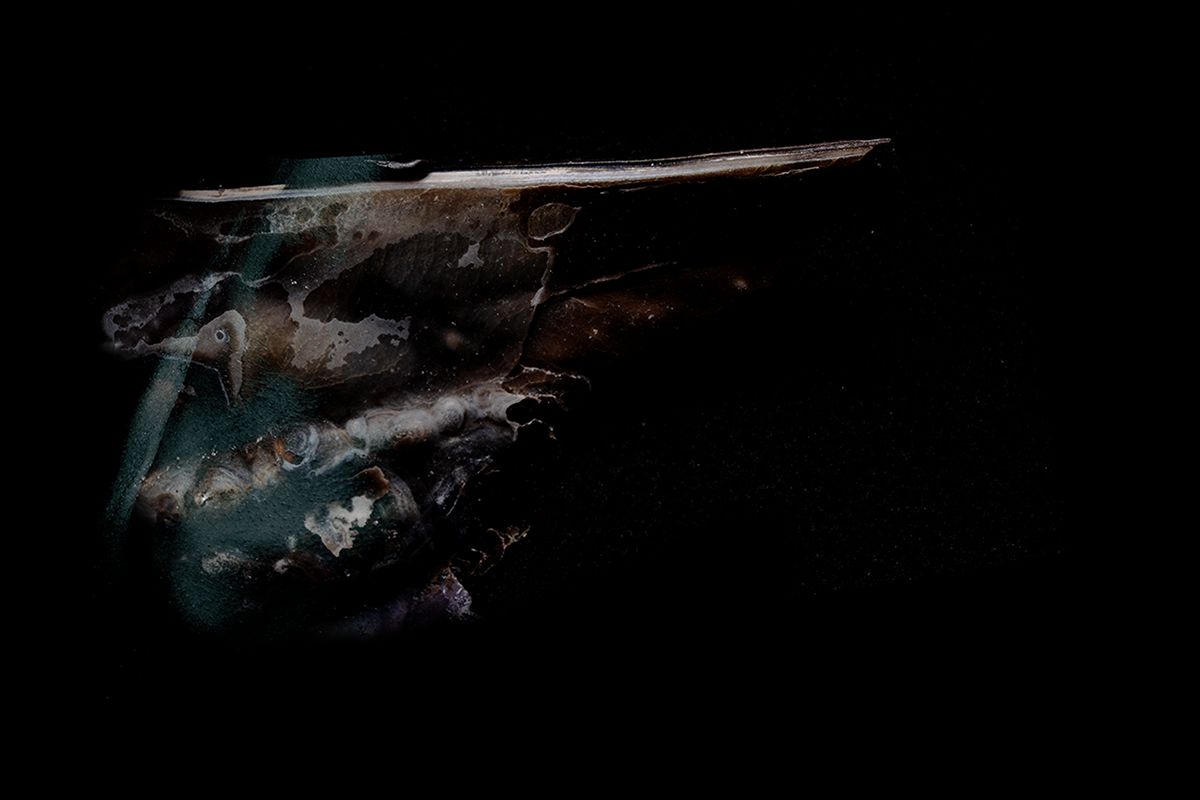 Joe Horton’s film “Vessel,” made in collaboration with his crew of artists, runs September 12 to 22 at Mia.

Did that change when you went to Eau Claire for college?

No one was really doing this music out there. But I’m a destructive person when I’m not doing art, I need to keep busy, so I got a band together and started playing rap shows. This introduced me to musical scenes that have shaped a lot of my work since then: the Eau Claire scene with Justin Vernon and this band called Mel Gibson and the Pants, who shared members with [Twin Cities bands] Poliça and Gayngs. And because we were really the only rap game in town, whenever a rap act from the Twin Cities came to town, we opened for them.

You’ve since branched into theater (A Hill in Natchez, at the Southern Theater in 2016) and now film. How do you approach these different media?

It all feels like one thing to me. I had literally not picked up a camera before January and now I’m doing a short film. Sure, the actual disciplines have their specific idiosyncrasies. But for me, art is the way to explore alternative narratives of reality, through whatever means necessary. Because I’ve never really plugged into the cultural narrative around reality—the way people have described it doesn’t pass the smell test for me.

The film, Vessel, taps into an alternative narrative—mysticism, if you will.

The long version of how this film came about is that my team and I did A Hill in Natchez a few years ago, a theater piece. My dad’s side of the family is from Mississippi, and the furthest back we could trace our ancestry is to this slave trading depot near Natchez, Mississippi, and we went down there. It was just an empty hill, but I walked around and was transformed by this hill. It felt like a deep, empathic connection to people I’d never known. So we did the show and afterwards I would talk to people and they wanted to wrap information around this experience, like, did you know what happened in 1775? And I thought, no, that’s not what this is about. And that’s how I think about art in general now—my art is not attempting to be didactic, it’s not trying to convince anyone or even say anything to anyone. Its goal is to create a type of emptiness where there’s very little ability to project oneself onto the work.

How did you come to see alchemy as emblematic of this kind of mystical effect?

After Natchez, I started reading Carl Jung—his kind of back-alley books, not the famous psychology work—and he tipped me off to alchemy as a concept. At its core, alchemy was the last mystical thought system in the West, and it was pretty consciously eradicated because of that. Alchemy became a framework for Vessel because it was such a clear and cogent metaphor for the process of one’s soul being transmuted to clearer states of consciousness, less put upon by belief. 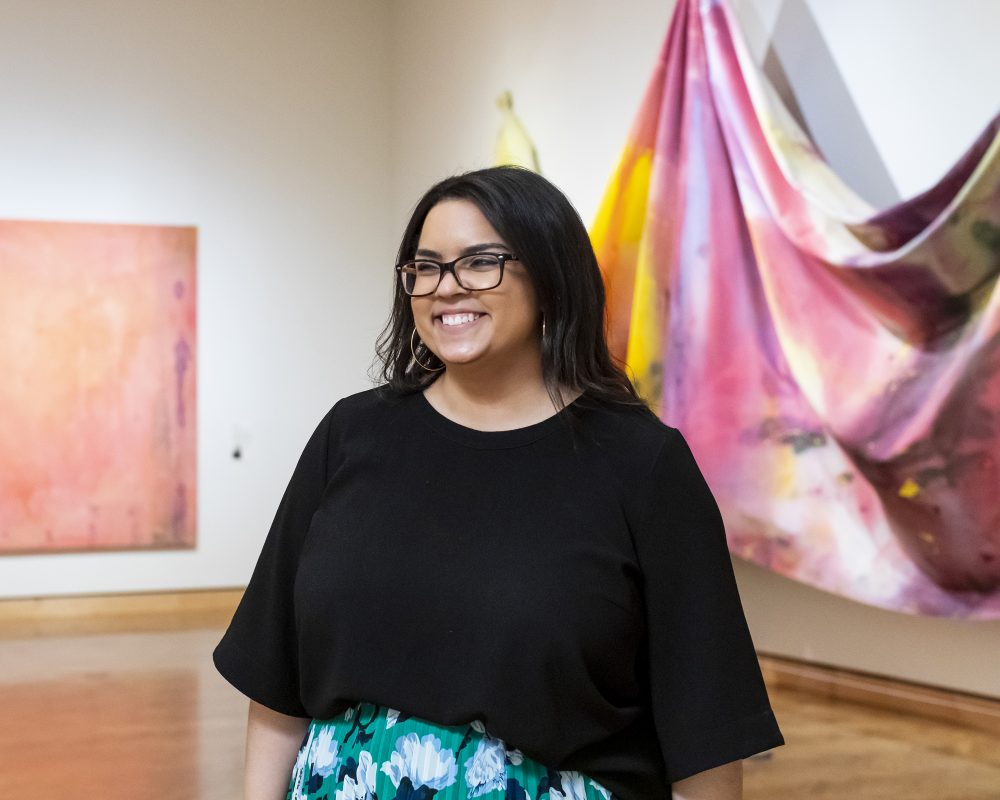 Keisha, how did you see Joe’s ideas coming through in Vessel?

We would talk about the fact we don’t know that much about our bodies, our souls—we see one reality. It’s important that Joe questions if that’s true. Using modern technology to capture this unknown produces a language, a poem, a reality we don’t see. It’s a language formed by thousands of images—of minerals and ostrich bones and the human bodies of the models and dancers in this piece—and it’s really beautiful and poetic.

It’s an interesting juxtaposition: using modern technology to describe something ancient and mystical.

[Williams] The way Joe uses technology and talks about it, I almost wonder if alchemy has disappeared or if it has become something new that fits into the society we live in today. Is technology in fact a contemporary form of alchemy?

[Horton] One hundred percent. It’s funny to me that we view technology as tools, the way we view a hammer. People talk about artificial intelligence as this faraway thing, like when are computers going to start thinking the way I think? But the question is moot: computers have been alive since circuit one—there’s nothing that’s not alive.

At the same time, alchemy did disappear and so did every other mystical-leaning thought system on the planet. Sometimes I think of white supremacy as more of a large-scale effort to make reality more boring or to pretend it’s boring. I’m kind of serious. In most indigenous cultures, there’s some segment of the culture—whether it’s shamanic or something else—devoted to ecstasy. And when colonialization came, day one was stopping the ecstatic activity.

Are museums a place for this kind of ecstasy?

Museums have the potential to be houses of awe and wonder, to question what it means to be a human being. But museums have sometimes bought into the harmful myth, which comes from the academy, that we hold knowledge and you come here to get that knowledge. That you should expect to look at a work of art and get the explanation for it. It’s such a fundamental problem, this myth that your own experience is not the most important thing, you need to go looking for the thing that’s missing in your experience.

[Williams] Museums need to invite artists in. It’s so important for curators to build relationships with the artists in our community. You can see that here at Mia through MAEP [Minnesota Artists Exhibition Program], but I also want to bring that further into our galleries. Examining the kinds of ideas Joe is bringing shouldn’t be intimidating or about drastically flipping a narrative. If we’re really going to be a house of awe, we should be practicing what we’re preaching.