How a starving artist became Van Gogh Inc. (and what he might think of that)

For Mia’s current exhibition on Vincent van Gogh’s paintings of olive groves, the museum collaborated with Minneapolis jewelers Jac & Violet to create earrings inspired by the artist. You can buy them from the Store at Mia, along with Van Gogh socks, a Van Gogh brooch of his face, a Van Gogh action figure, even a crocheted Van Gogh doll. 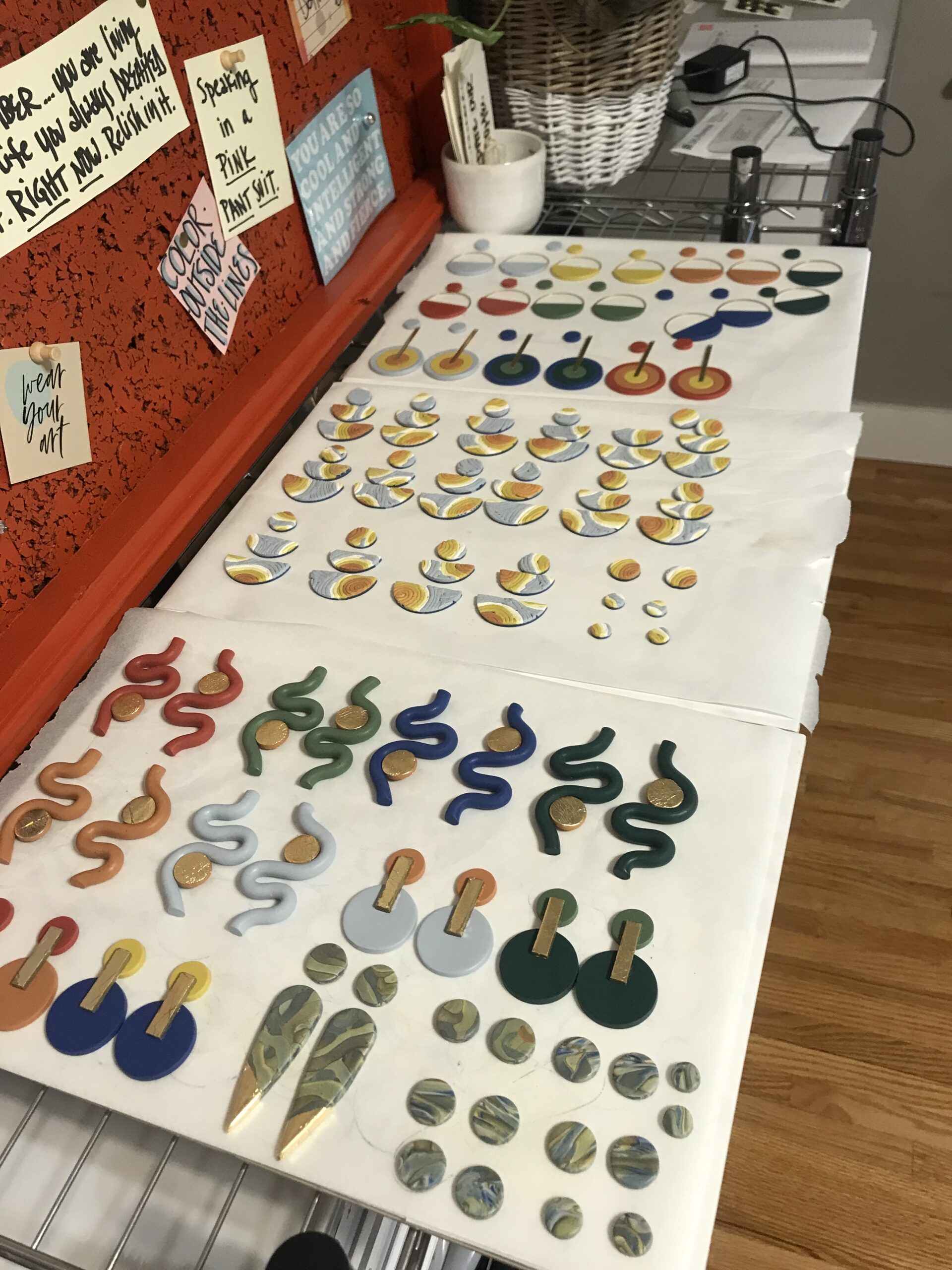 In fact, you could live your entire life more or less in a Van Gogh world, waking up in Van Gogh sheets, dressing in Van Gogh shirts and shoes, following the Van Gogh diet (bread, mostly, and coffee—bon appétit!). You could probably find a funeral director willing to send you to that starry night in the sky in a Van Gogh-themed coffin, when the time comes (Van Gogh himself went out with a white sheet draped over his coffin, covered with sunflowers and yellow dahlias).

Van Gogh’s transformation from starving artist to lifestyle brand is often credited to his sister-in-law Jo. She was left with all of Van Gogh’s art and letters—and little else—when the artist died in 1890, followed six months later by her broken-hearted husband, Theo. Van Gogh’s work became her work, and she made the most of it. In less than a decade, having moved to the Netherlands to take advantage of its vibrant art circles, she instigated nearly two dozen exhibitions of his art. She also sold it, offering decent commissions to dealers who placed it in collections all over the world.

What made Van Gogh a cult of personality, though, was his personality, in the form of his letters. Van Gogh wrote obsessively to Theo about his process and mindset—long, self-conscious letters about the suffering expected of artists, how he was working as feverishly as a steam engine, risking his health for his art. He had a lot to say, and when Jo published his letters to Theo in 1914, they helped people understand his rather eccentric pictures.

Kirk Douglas as Vincent van Gogh in the 1956 bio-pic Lust for Life.

It didn’t hurt that his life (and death), summarized by Jo herself in the opening to the book of letters, was a drama worthy of Hollywood. And the dramatists noticed. First came a popular novel based on the letters, Lust for Life, in 1934. The following year, the Museum of Modern Art staged a massive show of Van Gogh—125 artworks—also heavily influenced by his writing. Indeed, the first 25 pages of the show’s catalogue are simply quotes from his letters. By the time Hollywood got around to Van Gogh, in 1956, the die was cast: “He had a lust for life,” the tagline went. “Sometimes he was brutal, sometimes delicate—always he lived with insatiable passion!” The movie starred Kirk Douglas in a straw hat, and you could watch him brooding over his canvases and appreciate Van Gogh even if you didn’t appreciate his art.

What Van Gogh would make of his celebrity, much less his action figure, might depend on how seriously you think he took la vie boheme—the bohemian life, the embrace of struggle as the engine of creativity. From his letters, the answer would seem to be: very seriously.

Van Gogh was certainly familiar with the work of Henri Murger, a struggling French writer who changed the spelling of his name to Henry Mürger to sound more foreign, more exotic, and in 1845 wrote a story about the life he knew all too well—the life of the starving artists and writers and musicians trying to make it in the Latin Quarter of Paris, the people he called “bohemians.” Soon he came out with 18 more stories like that one, and eventually he turned them into a hit play called La Vie de Boheme.

Maybe you know the opera based on it, La Boheme, by Puccini, which came out more than 50 years later, in 1896. Or the musical Rent, which was based on the opera. But in 1849, when Murger came out with his play, nobody really knew what a bohemian was. He invented it. If anything, people thought it meant the Roma—the “gypsies,” as people pejoratively called them—and Murger in kind of a racist way was careful to say it was definitely not those people synonymous, in his words, with “robbers” and “assassins” and “dancing bears.”

Bohemians were more, in his mind, like artistic vagabonds, paint-splattered lilies of the valley. And suddenly, after the success of his play, everyone wanted to be one. Including Van Gogh. 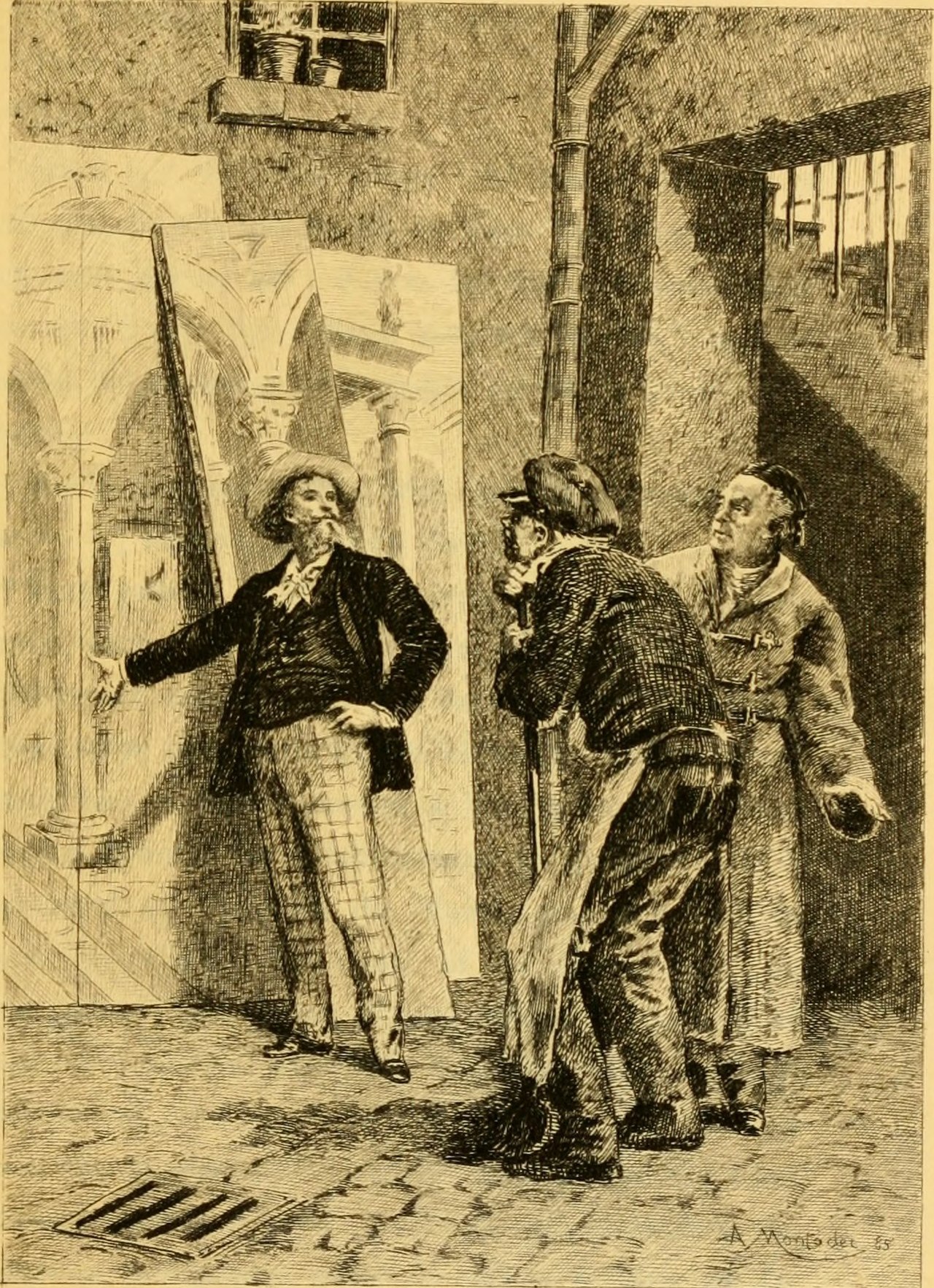 Van Gogh, in many ways, was the überbohemian, seeming to sacrifice everything for his art. When he died penniless, only to become one of the most recognizable artists in the world, that seemed to prove it: starving artists really are the best artists.

But if Van Gogh were a true bohemian, he would have known that Murger never thought of bohemia as an end in itself. Indeed, Murger mocked those “unknown dreamers” who aren’t seeking fame and fortune and don’t expect to find it. Who are too cool for popular success. This, of course, is the kind of bohemian that modern culture has latched onto—with Van Gogh as its spiritual figurehead. But Murger called their way of life a “blind alley,” and said their avoidance of fame works against them. They’re poor, he said, and they’ll die poor. And no one will be the wiser.

To Murger, bohemia was just a steppingstone. If you’re ambitious and committed to your art, he thought, eventually you’ll be successful and enjoy the good life among the bourgeoisie.

Whether Van Gogh felt the same way, well, we’ll never know. But we do know that success was coming for him, whether he wanted it or not. A few years ago, the writer and Van Gogh expert Martin Bailey (who recently talked with Mia about the fingerprint on Mia’s Olive Trees) found yet another letter. It’s from Theo to Van Gogh. And it seems that four months before he died, Van Gogh had gotten his work into a prestigious show in Paris. In fact, he’d gotten 10 paintings into the show. And when Theo attended, he noticed the president of France admiring them.

Van Gogh was going to make it. That one painting he sold? It was in the final year of his life. If he had lived just a little longer, Jo might have become his agent, and instead of selling his paintings posthumously she might have sold sun hats with olive trees on them. Crocheted dolls. Earrings. She might have collected his letters eventually, but the ones written later might have told a very different story, of fame and fortune—a story that was not to be.