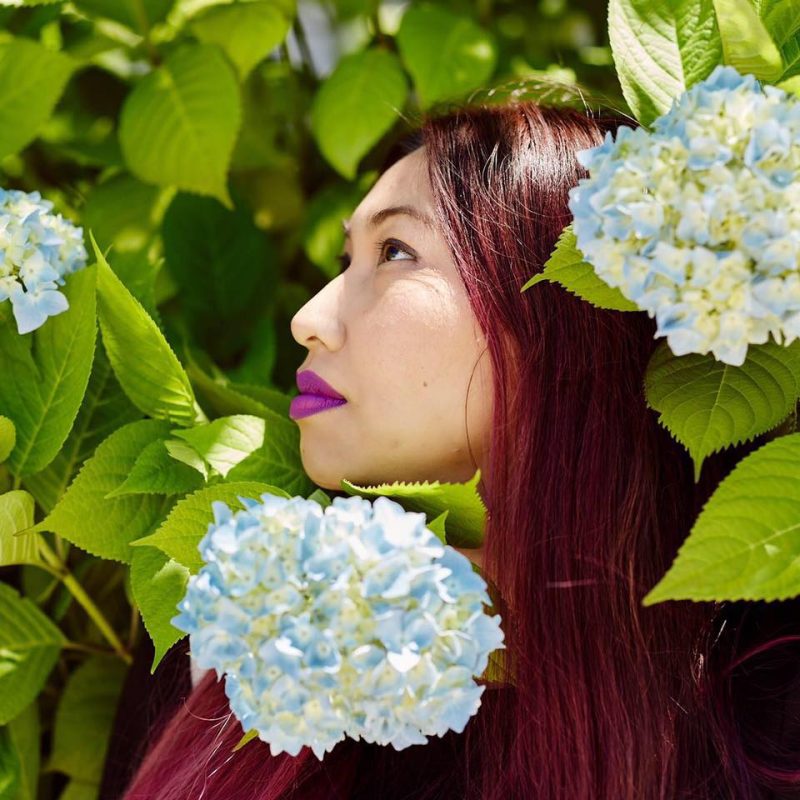 Saymoukda Duangphouxay Vongsay was 3 years old in the early 1980s when she and her family emigrated from a refugee camp in Thailand to Minnesota. Now, she amplifies refugee voices through her writing, including experimental plays that have been presented by the Smithsonian APAC, Theater Mu, and other organizations. She also serves as the Community Outreach Coordinator in the Asian American Studies department at the University of Minnesota.

This month, Saymoukda has curated the December edition of Mia’s Open House series, called Welcome Home. Created in collaboration with local artists and community partners, the Friday evening series features performances, art-making, gallery games, and other activities for families, chosen family, and people of all ages. Here, she explains her approach to the evening and her take on Mia’s current special exhibition, “Artists Respond: American Art and the Vietnam War, 1965–1975.”

How did you get involved with curating this month’s Open House?

Chanida [Phaengdara Potter, Executive Director of the SEAD Project (Southeast Asian Diaspora Project)] put me in touch with folks at Mia because she was initially supposed to organize the event. I was asking questions like, “Why now? What is the reason for this evening of Southeast Asian art and culture?” She mentioned the current exhibit and the Open House model and I was like, “This is very cool!”

But then I was also very worried because a lot of the time when institutions or organizations that are bigger—and smaller ones do this, too—they connect with certain communities when it’s the “flavor of the month” instead of including it in their whole mission or engaging with them year-round. I had discussions about that with staff at Mia and it sounded like something really awesome that I wanted to be a part of. I would get to hang out with some of the artists I’ve been wanting to work with. Some were past collaborators on certain things, but we have never worked all together in one place. It was very meaningful to me to be able to uplift and highlight their work. A lot of times they’re not considered for these “cultural” celebratory events because their work is not super traditional.

What does the theme “Welcome Home” mean to you?

I loved the idea of having a Southeast Asian house party. I remember growing up going to these house parties every weekend, usually at the rich-ish auntie’s house, you know, with the Coach bag because Coach was the bag to have in the ’90s. This auntie had the karaoke machine, the speakers that worked, the house with the garage [laughs]. I’m a very sensory person and I love walking in and smelling the rubber from everyone’s shoes in the front entryway, and you go in the house and someone immediately asks“Have you eaten?” and they lead you to the food area. There are all these participatory stations in the house — you’ve got the karaoke in the basement with the cousins, the uncles are in the garage having a beer, the aunties are gambling in the living room, little cousins are playing video games upstairs. There are different zones you can go to, and I wanted to recreate that vibe when you come into the museum.

I know that experience is not just for Southeast Asian house parties, so I want Mia to feel familiar for many. The other idea behind Welcome Home is making people feel like that space is for them and that they feel safe in that space. Institutions often feel like they’re not for you because they weren’t created by people who look like you. We need to reconsider and remix the space to include other people.

What are your thoughts about Mia’s current special exhibition, “Artists Respond: American Art and the Vietnam War, 1965–1975,”as a former refugee whose family was directly impacted by the American War?

I saw the exhibition a couple of weeks ago. Going into this exhibition, I knew it would be painful. There were a couple of works that made me smile because it was satire, but for the most part I knew what I was getting myself into. It was actually really triggering, and I don’t get triggered. I didn’t experience [the war] because I was born in 1981 and we were already in a refugee camp. I feel like it’s not something I would bring my family to. Seeing the comments on the wall where people could write their reactions was very American-centered. I think that’s fine, but I wondered who was coming to this. It’s probably not the Southeast Asian community because it was talking a lot about American veterans.

I know the exhibition came from the Smithsonian, but I wonder what the exhibition would look like if they provided a series of workshops throughout the run of the exhibition or someone there to process and talk about these issues. I know folks are invited to interpret on their own, but it could also be good to have some guidance. I’m thinking of a group like Legacies of War out of D.C. who do trainings around the bombings, the garbage that has been left by the U.S. military, for example the bombs that have not yet been detonated that were left behind.

What are your thoughts about community feedback that the Lao community was not represented at all in the companion show “Artists Reflect: Contemporary Views on the American War”?

I know that including every community is not possible because someone is going to feel excluded. I was talking to a friend and mentioned that the Open House event would be the accompanying party to the companion exhibit and not be heavy handed about it. Instead of bashing what we disagree with, let’s lift up the stuff that we want to celebrate.

Bruce Thao, who is creating a healing space for the event, and I talked about having this healing space because this kind of exhibition is definitely triggering. I’m not using triggering here to mean something offensive, I mean it like viscerally, psychically, where your heart is pounding. Bruce is creating a space where there is contemplation, where folks can connect with each other. He’s a very creative, giving, and interesting person because he practices holistic healing, meaning he takes into consideration Western practices, traditional practices and his own ways of navigating the world. I feel like that’s the right way to respond because sometimes the tools and resources traditionally used are not available here. You have to remix that sh-t!

What is the importance of having diasporic Southeast Asian artists centered during this Open House?

Some of the Southeast Asian artists that are part of this event are either former refugees or children of refugees and a lot of the time they’re expected to do refugee narratives in their art. I know a lot of their art is inspired and influenced by that, but sometimes some of them just want to do a puppet show about water and dolphins or going to summer camp [laughs]. I’m like, let’s do it! Let’s give ourselves permission to do that and not having to be confined to a single story.