Responds to John B. Murray’s
‘Untitled’

Hello. My name is Erin Sharkey and I’ll be responding to the John B. Murray untitled works.

When I entered the gallery, I was drawn to these works in particular after making the rounds and finding them in the corner, I was struck by their colors, I was struck by the frenetic energy of them, the sort of fixated meditation and repetition that was evident in the pieces. I really was drawn to the blues and the reds. It was even more attractive to me when I learned about the themes that were incorporated into the work, especially the themes around meditation, prayer, and sickness.

I’ve been chronically ill since I was born. I came into the world wheezing and having an asthma attack and that has shaped so much of my life’s experiences. I don’t think I have any memories where health wasn’t a significant component. That’s been particularly true in this last year, when COVID-19 has been a risk and something that has kept me away from people that I care about and in isolation, and so I was excited to create something in conversation with this piece.

One thing that happened to me over the course of this year is that my father, who I wasn’t particularly close with, we had many years of estrangement when I was younger, but in the last few years, as I’ve been an adult, we’ve been closer, and he felt ill to the COVID in November and passed away this year. I’ve been meditating a lot on illness, a lot on sickness and health. I really think my father, I inherited many things from him, quiet observation, a wit, an easy laugh, but also a string of illness and sickness. I think about his diabetes and his high blood pressure and my asthma and how that links our lives too.

I’ve been thinking, in my grief and in my mourning, about isolation and what does it mean in this time that we’re having. We’re going through these big rituals, these important moments in human life and death in virtual spaces. I’ve needed to have my hands in physical work, so I’ve been doing quilting over the last few months. It’s been really therapeutic to have my hands on material, to cut, and assemble, and sew, and iron, and to be precise, and to make something that wasn’t there before.

I started working with the quilts, and then I moved on in my conversation with my artistic collaborator, Junauda Petrus, we form a collaboration called Free Black Dirt. She and I are both responding to this work. We decided to consult an oracle, and it led us to the poem, My Last Father, by Lucille Clifton. You’ll see an excerpt of her poem as an epigraph to my poem. The line that is listed there is, “See just above him the cloud of welcome, see him rise.” I was really, I think, blessed to have an opportunity to reflect on this work, reflect on the use of repetition, spiritual message, to really contemplate both the slippery nature of time and my relationship with prayer, and prayer when it comes to healing and provision. 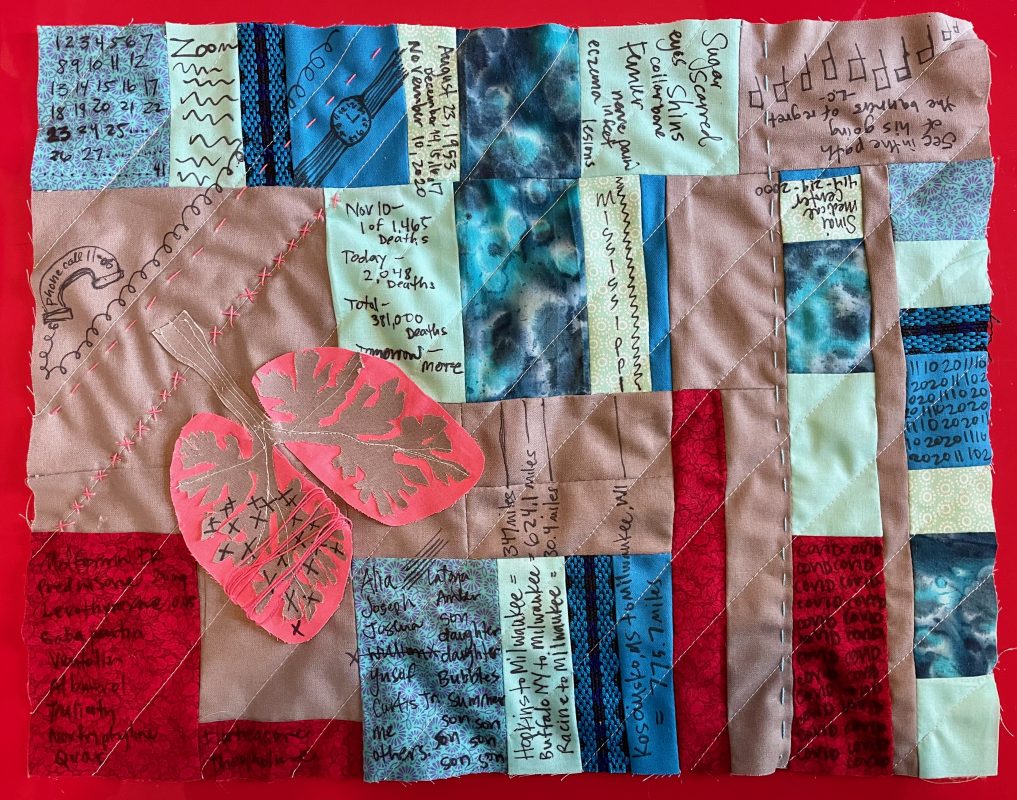 Still his sugar scarred shins,
the splintered bone of his clavicle,
and his femur knee-deep in red clay,
like the mud where Emma is buried and waiting for him

and that date’s yesterday, he was spun prostrate
in an attempt to shake loose the sickness
his blades maiden
his neck cool in the air
the back of his head showing god its shine

I spoke to his body on the telephone
which was wired I am sure,
curled on itself in supplication,
the receiver laid on his chest like a sleeping baby 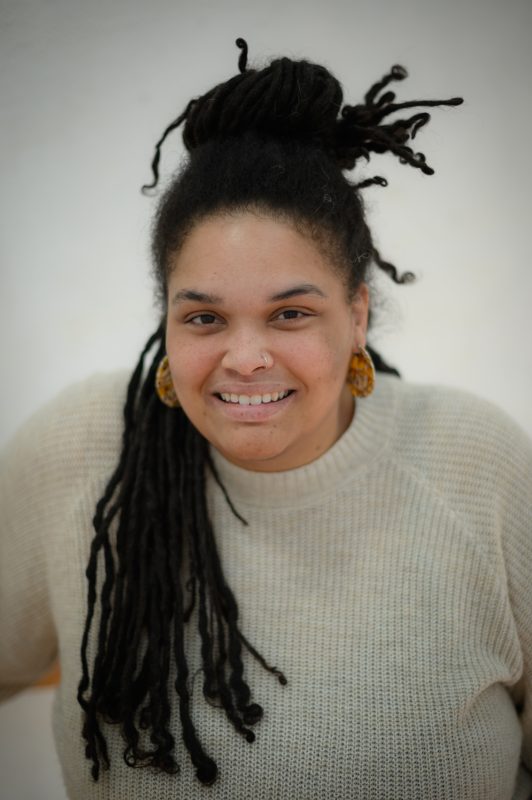 Erin Sharkey is a writer, artistic organizer, and cultural producer based in Minneapolis. She is the co-founder, with Junauda Petrus-Nasah, of the experimental arts production collective Free Black Dirt. Erin was a Bell Museum resident artist, Loft Mentor Series mentee, VONA fellow, Jerome Travel and Study grantee, MN State Arts Board grantee, MRAC Next Step Fund grantee, and Givens Foundation fellow. She is editing A Darker Wilderness, a forthcoming anthology of Black nature writing for Milkweed Editions. Erin teaches at Metro State University and with Minnesota Prison Writers Workshop. Currently, she is working in concert with other Black organizers to respond to COVID-19.

In the Presence of Our Ancestors