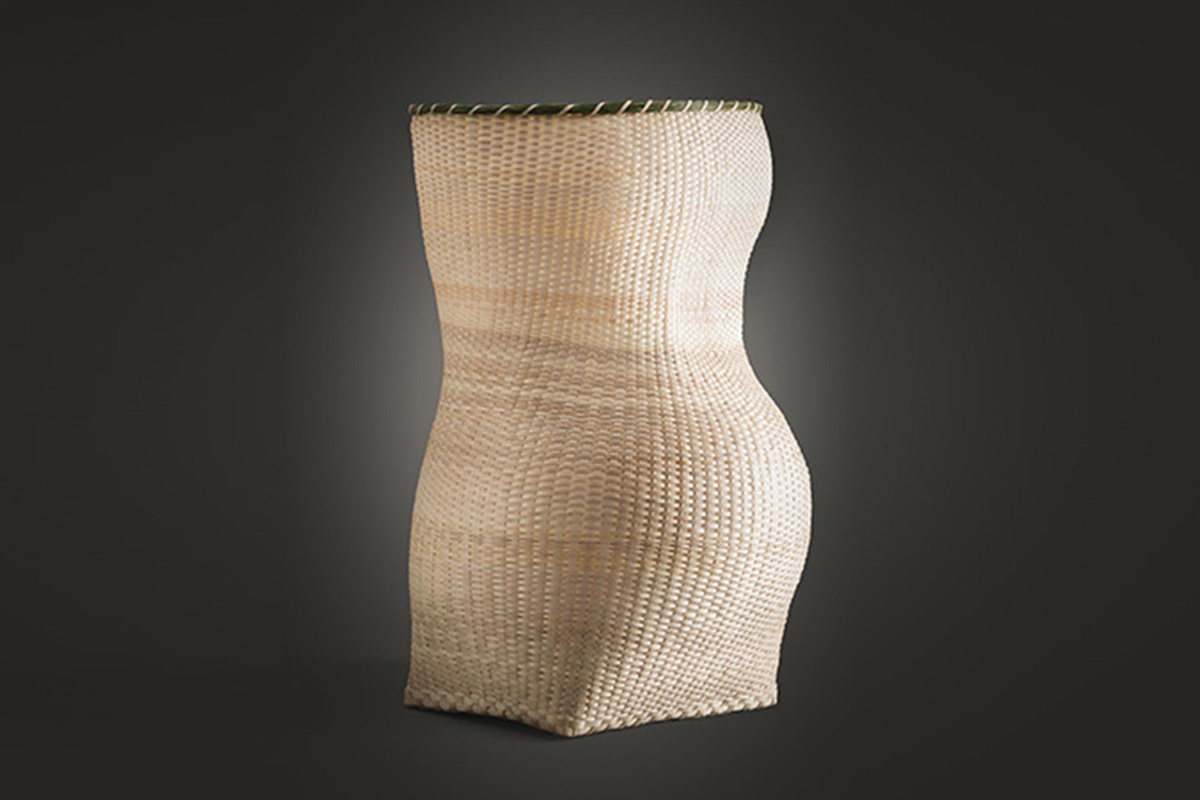 Listen to Cherish Parrish on her work

For Cherish Parrish, weaving is “a generational gift that needs to be passed on and . . . nothing . . . speaks to that quite like pregnancy and motherhood.” In The Next Generation–Carriers of Culture, Parrish combines the ideas of passing on traditional practices with honoring the legacy of Indigenous women by weaving a basket into the shape of a pregnant woman in her third trimester. Created from spring wood and heartwood harvested from black ash trees, this piece was woven around a handmade mold and rimmed with sweetgrass. “Being a carrier of culture,” Parrish says, “that’s what you are as a Native woman.”