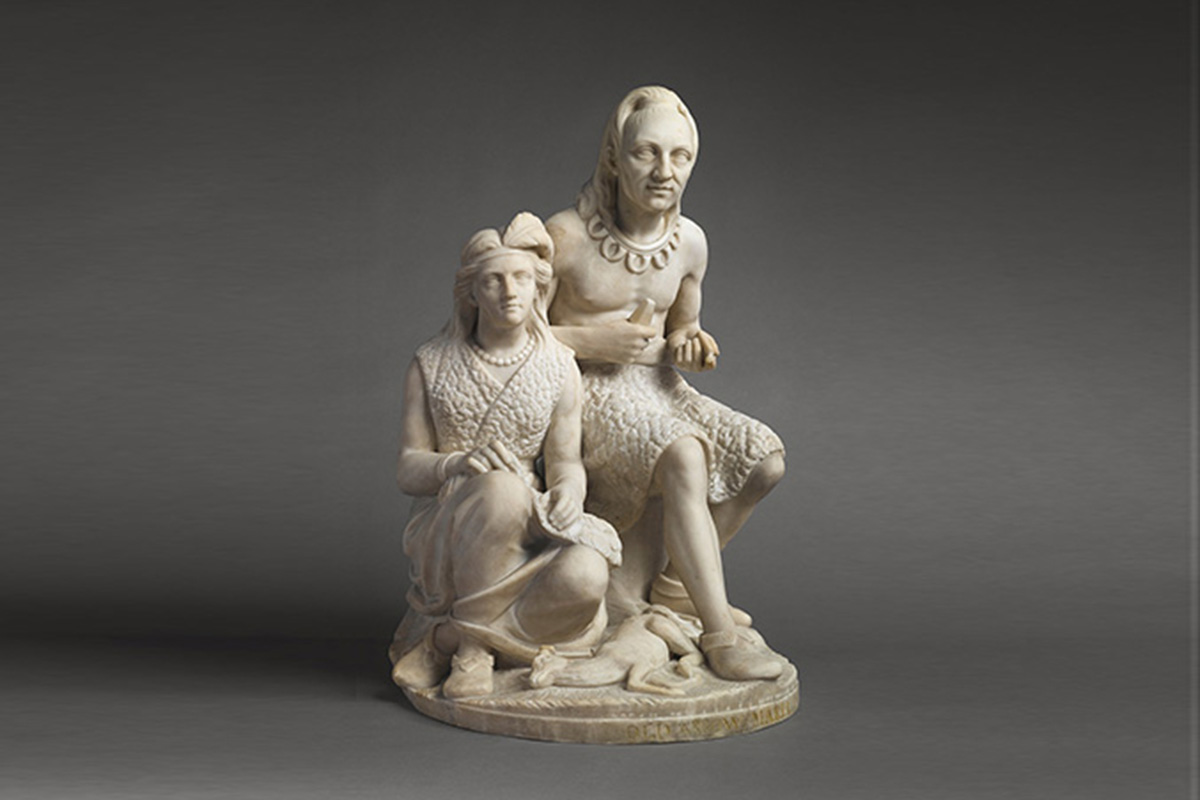 Listen to America Meredith on “The Old Arrow Maker”

Henry Wadsworth Longfellow’s poem “The Song of Hiawatha” inspired Edmonia Lewis to carve The Old Arrow Maker. Lewis, a neoclassical sculptor based in Rome in the 1800s, lent tension to the scene by sculpting both figures looking in the same direction, almost poised to rise. While their clothing and adornment are generalized, Lewis pays homage to Native American ancestry through hints—such as the Dakota bear-claw necklace and Anishinaabe deer-hide moccasins and vests.