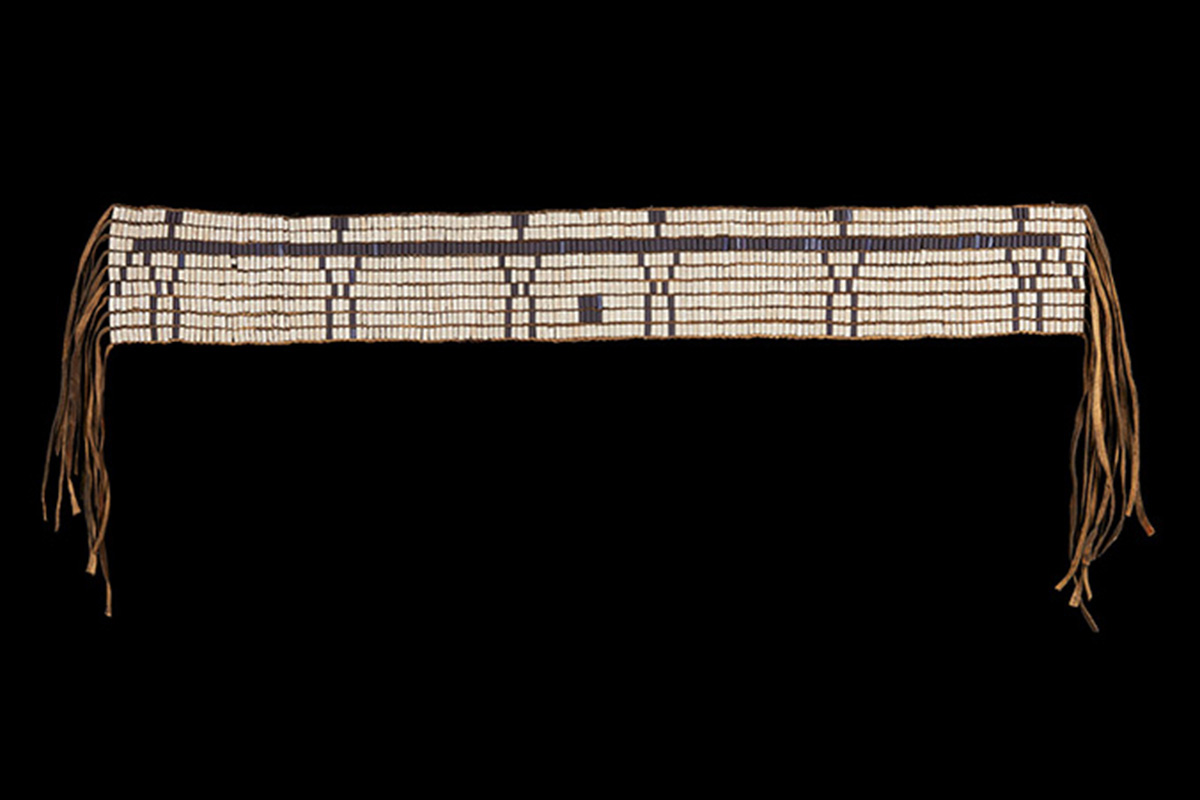 Listen to Jolene Rickard on the Women’s Nomination Belt

Mia does not yet have a Native-language translation of this text.

This is a precise re-creation of the “Woman’s Nomination Belt,” a document authorizing the clan mother to nominate and guide the male leaders of her clan and the Haudenosaunee (Iroquois) Confederacy. The original is still in use today, and it is one of the most important wampum belts in Haudenosaunee and U.S. history. Jigonhsaseh, the first clan mother, helped found the Haudenosaunee government and its oral constitution, the Great Law, or Kayanerehkowa, which is said to have inspired the framers of the U.S. Constitution. This version of the Women’s Nomination Belt was made by Haudenosaunee artist Tonia Loran-Galban, who was given the right to depict it.