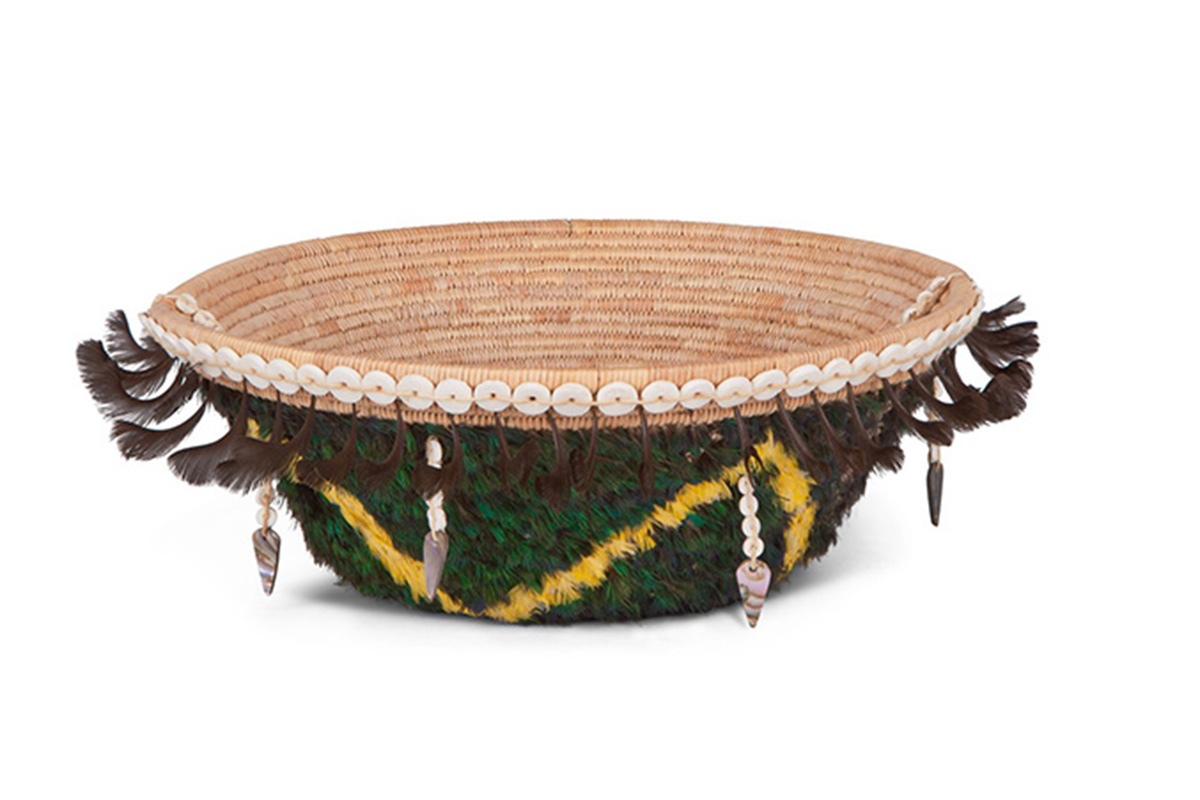 Listen to Susan Billy on her family and their works

Mia does not yet have a Native-language translation of this text.

These two feathered baskets are from two generations of the same family: contemporary artist Susan Billy and her grandmother Susie Santiago Billy. For many Pomo women, baskets have often served as a kind of currency. They were marketable goods that helped sustain families and communities in the late 1800s and into the 1900s when Euro-Americans colonized present-day California. Susan Billy acknowledges that the mini baskets she makes are not utilitarian. She says, “As the baskets got smaller, people asked me what I put in them, and I realized what I put in them is intention.”