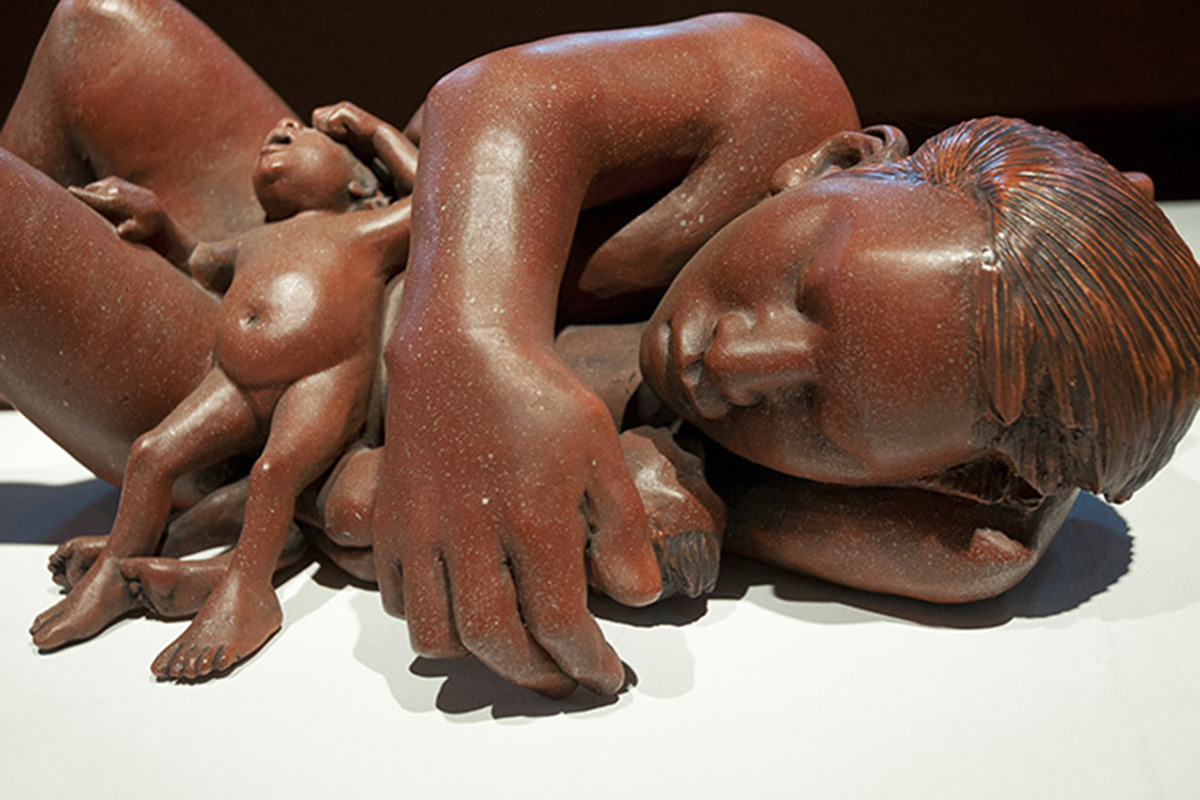 Listen to Roxanne Swentzell on her work

This community has chosen not to have their language translated for this exhibition. Mia respects the decisions of each sovereign Native nation.

Roxanne Swentzell describes her sculptures as a kind of three-dimensional journal, since they are always related to something going on in her life. Nap is from a time when she had young, active children, and she wanted them to nap so she could rest too. Swentzell’s ability to capture the fine nuances of expression began in her childhood. Because she says she had trouble finding her own voice, she sculpted small figures to communicate her feelings. Swentzell has said she sees the body language depicted in her art as a form of communication that can cross cultural barriers.