Hearts of Our People: Lakota artist 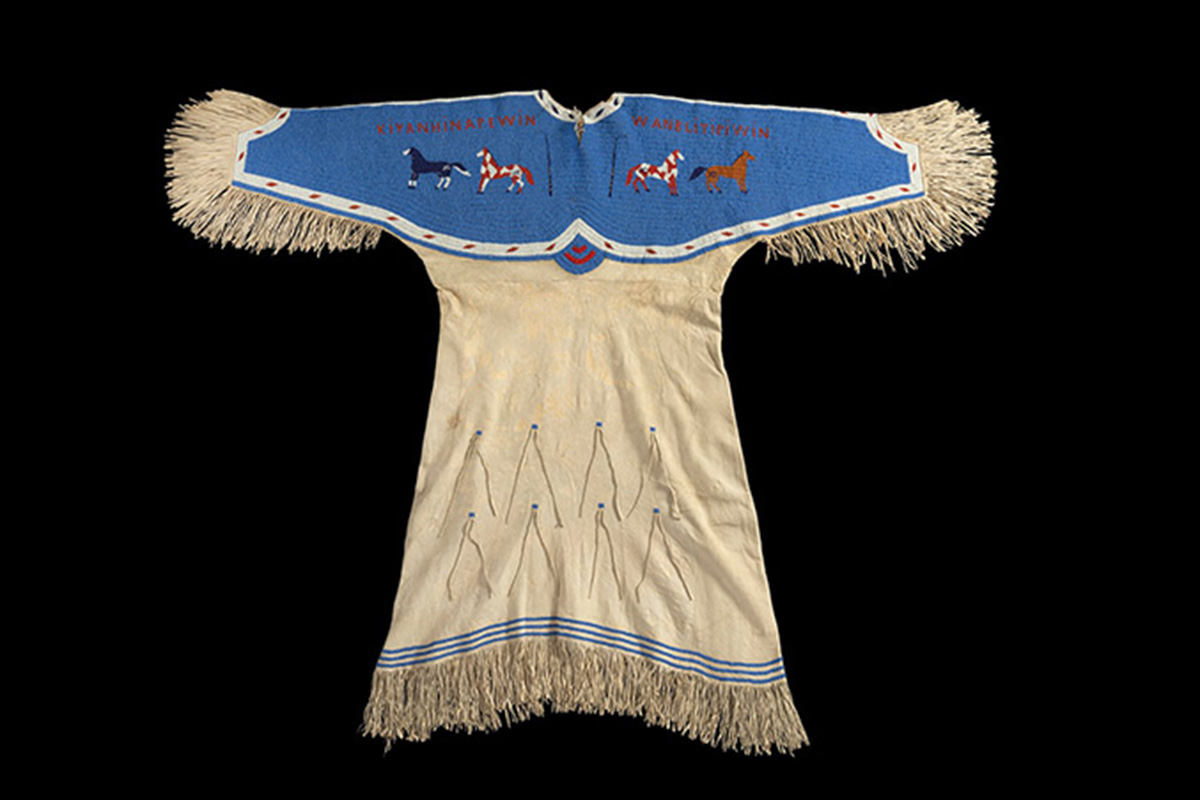 Listen to Dakota Hoska on the Lakota dress

Shrouded in mystery, this dress was probably made for a Lakota woman to remember her relatives as she danced. On the back yoke the name Waƞblítipi Wiƞ (Where Eagle Dwells Woman) refers to Cora Plenty Eagles, who died at about age 16; and the name Kiƞyánhinape Wiƞ (Comes Out Flying Woman) is for Katie Loafer Joe, who died at age 18. But only superficial evidence—both fathers fought at the Battle of Little Big Horn—connects these two girls to each other or the dressmaker, who is still unknown. We hope through this exhibition we will learn more about this dress.